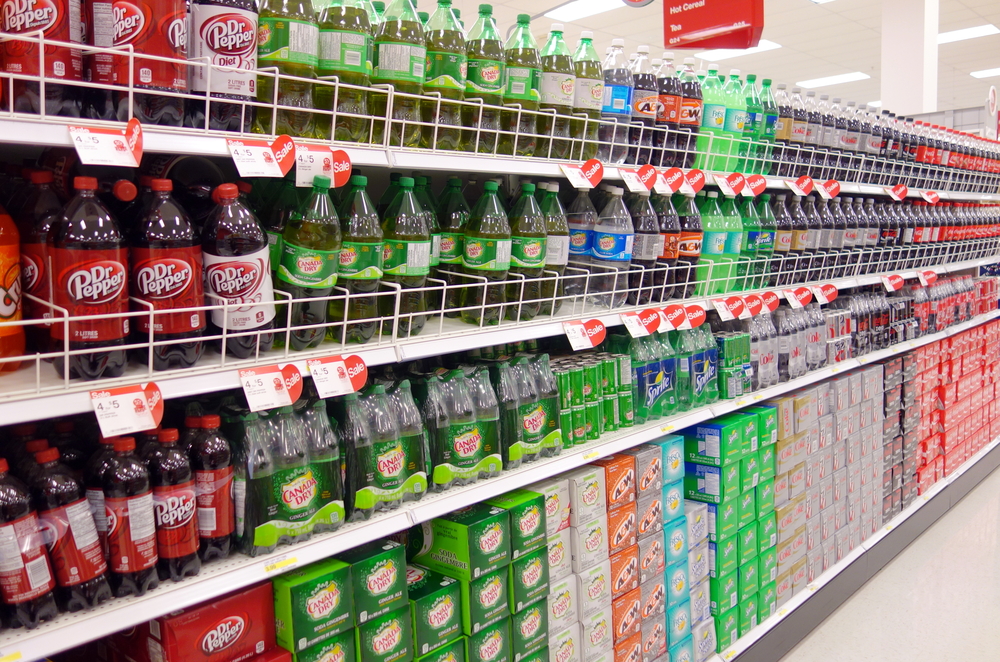 Earlier this month, lawmakers in San Francisco introduced a bill that would tax sugary beverages at two cents per ounce, thereby setting off the latest big fight with Big Soda. The estimated $31 million in annual revenue would go to local health programs. Voters will decide the measure’s fate in November, with a two-thirds majority required to pass.

It didn’t take long for Big Soda to respond in the way it knows best: By setting up a front group. This one is called, “The Coalition for an Affordable City,” a not so subtle jab at some recent economic tensions in San Francisco. The industry group claims grave concern for residents: “At a time when many San Franciscans confront a growing affordability gap… the last thing we need is a tax that makes it even more expensive to live and work in San Francisco.”

Over at the local Web site Beyond Chron, Dana Woldow skillfully takes down Big Bev’s spurious arguments against the measure, including the fact that “some business owners have no idea how they ended up on the Coalition for an Affordable City’s list of small businesses supposedly opposed to the tax.” Industry reps have apparently resorted to lying–claiming the measure was about insurance or health care–to convince local businesses to display a sign in their window saying: “San Franciscans shouldn’t have to pay more.”

Just this week, the San Francisco Bay Guardian conducted a sting, also catching Big Soda operatives signing up numerous unwitting local businesses to their list of supporters. In some cases, low-level employees signed on without authority, while other businesses were no longer even open. Canvassers also presented a very biased view of the tax, not stating where the money would go, and then failing to inform business owners they would be placed on an opposition list.

These are just the kind of dirty and underhanded tactics I wrote about during the two recent state-wide ballot measure fights to label GMO foods–in California in 2012 and then last year in Washington State. Guess who which companies were among the largest contributors to the No side in both states? Coca-Cola and PepsiCo. (The latter owns much more than beverages.)

One way to think of the sugary drink tax fight in San Francisco is that it’s opening another front on Big Food, and the more opportunities we have to wear them down, the better.

So far, states and cities trying to pass soda taxes though the legislative process have been fighting an uphill battle as they face millions of dollars in lobbying by the soft drink industry. As Judith Phillips, a research analyst for Mississippi State University, told Businessweek: “Whoever is loudest tends to control the discussion and, generally speaking, you buy your microphone with money.” That has been a hard lesson in the GMO labeling fight too; campaigns need money early on, to fight the endless bank accounts of the junk food lobby.

In the 2012 election, two other California cities (Richmond and El Monte) proposing soda taxes suffered painful defeats due to an onslaught of industry lobbying. But San Francisco does not shy away from controversy and has a proven track record as national leader on cutting edge social policies such gay marriage.

A progressive, high-profile city, where a victory would inspire others, just may be Big Soda’s worst nightmare. The campaign has begun gathering a strong coalition with endorsements ranging from the Hospital Council of Northern California to the San Francisco PTA.

And polling released last week by the California Endowment looks promising. Two out of three California voters support taxing sugary drinks when the revenues are tied to children’s health programs. (This confirms earlier polling showing that voters are more likely to support soda taxes tied to health services versus a general tax.)

These results rattled the American Beverage Association so much that they put out this ridiculous press release one day prior to the announcement of the poll results, proclaiming that “Public Opinion Remains Opposed To Taxing, Limiting Soft Drinks,” but without any new research. Specifically, the release claimed: “Nearly two-thirds of Americans oppose additional taxes on soft drinks … according to a number of recent independent public polls.”

Really? An astute observer on Twitter named Colin Whooten noticed the related fact-free tweet from @AmeriBev and asked for some backing, tweeting at ABA: “you release a study without citing the source? No bias there I’m sure. How about study details?”

In response, ABA cheerfully replied with three links, including this 2013 Associated Press survey that concludes there is “little support” for soda taxes but no underlying data is offered, along with this poll claiming that 63 percent oppose “sin taxes.” However, the question that poll asked was: “Do you favor or oppose so-called ‘sin taxes’ on sodas and junk food?” It said nothing about dedicating revenue to the social programs most voters favor.

We can expect much more of this in the months ahead. But most San Franciscans are unlikely to fall for such B.S. and the city’s electorate is pretty generous when it comes to voting for tax measures to fund important programs. San Francisco residents even passed a measure in 2012 to “repeal the notion of corporate personhood.” You gotta love that.

Harold Goldstein, executive director of the California Center for Public Health Advocacy, thinks San Francisco has a real shot at winning this year. (Goldstein’s group failed to get a soda tax bill through the state legislature last year.) He told me that one important difference is how, in contrast to both Richmond and El Monte in 2012, San Francisco’s measure mandates that 100 percent of the revenues be spent on children’s health and community programs.

He added: “The beverage lobby killed the tax bill in the state legislature. I expect it to be a different story in San Francisco where city leaders are putting together a highly sophisticated campaign to tell the truth about sugary drinks and the beverage industry that markets them. For perhaps the first time in the country there will be a fair fight between soda marketers and a city that cares about its children.”