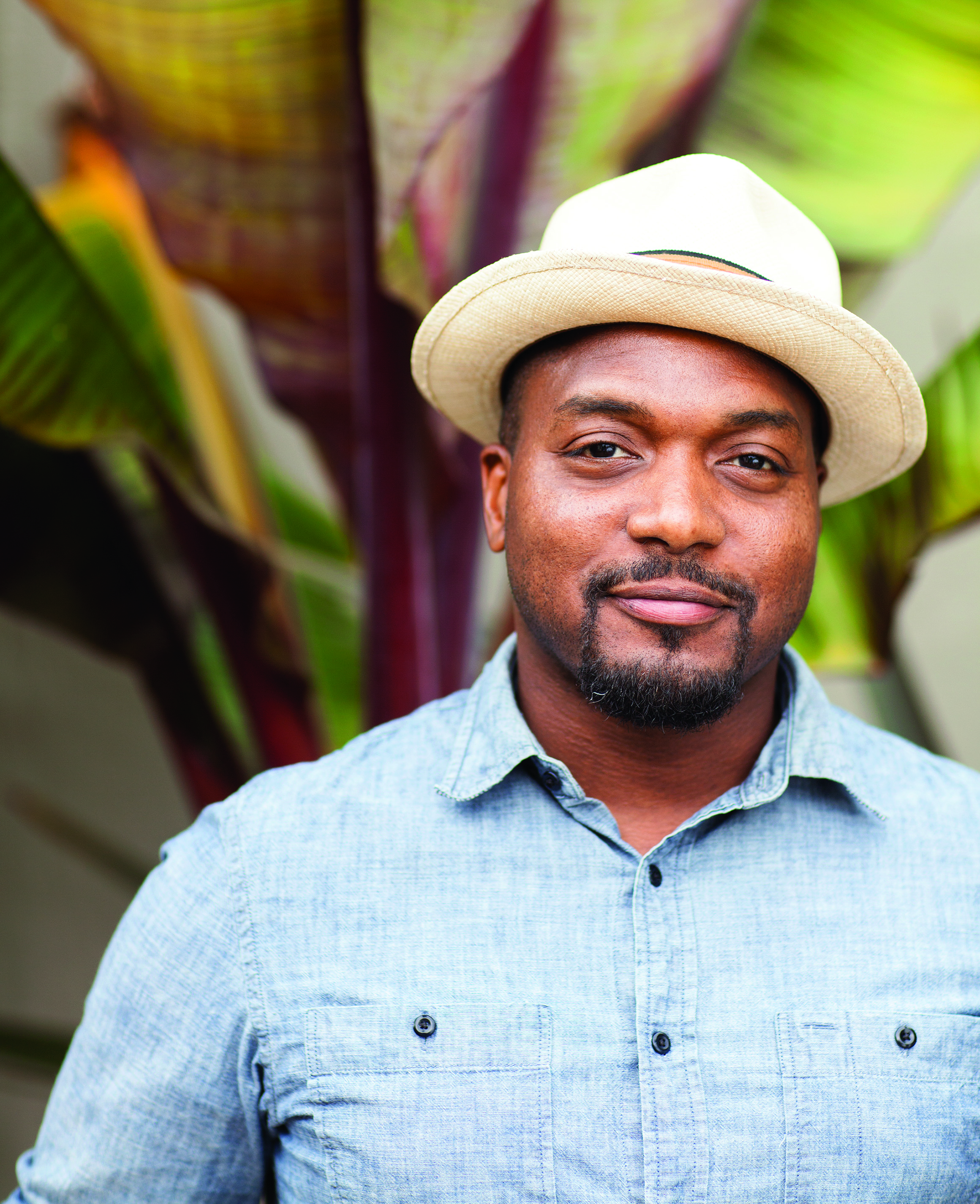 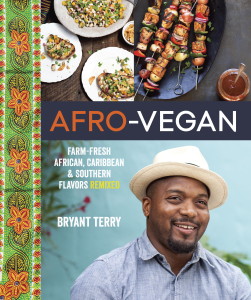 Bryant Terry brings a hip-hop sensibility to the politics of food. The chef and food activist has steadily made a name for himself in the food movement, first by co-authoring Grub: Ideas for an Urban Organic Kitchen, then later with his own cookbooks Vegan Soul Kitchen and the Inspired Vegan.

Terry’s fourth book, scheduled to be released in April, promises to be much more than a cookbook. In addition to meatless recipes, Afro-Vegan: Farm-Fresh African, Caribbean, and Southern Flavors Remixed includes Terry’s provocative musing on food, culture, and politics. Through introductions to recipes, as well as stand-alone essays, Terry anchors the food in its cultural roots. He also suggests music to cook by, books to read, and films to watch that help deepen the experience. Terry calls it the “full vision” of the food–and what a vision it is.

That said, Afro Vegan is first and foremost a cookbook. And Terry understands that people buy cookbooks primarily for the sensual pleasure of the food.

“They want to be titillated and have a visceral experience when they pick it up,” he says. “But then when they dig into it, hopefully the politics will resonate, too.”

That’s why Terry doesn’t shy away from addressing health disparities, lack of access to fresh and healthy foods, and the importance of going back to the kitchen. “I like to think about this book moving from people’s kitchen countertops to their nightstands,” he says.

Terry’s work has long pushed the boundaries of Southern and African American food, which is often assumed to be fatty, fried, and full of sugar. But recipes that are full of fruits and vegetables–like okra, watermelon salad, and collard greens–prove those stereotypes wrong. In this book, Terry also extends far beyond American Soul Food by including grains, spices, and herbs from Africa, the Caribbean, Brazil, and Cuba.

Terry also delved into the ways in which the foods of Africa and the Caribbean have traveled to the Americas and remained deeply woven into the traditions of Blacks in this country. Telling that part of the story was complicated, he says. “I didn’t want to reduce it to the triangle of slave trade, and I wasn’t just looking at the way that food traveled.”

The story was neither neat nor linear, and it required cutting, pasting and reworking. “It was more like a collage and I took inspiration from work of late Black artist, Romare Bearden,” Terry says.

Terry didn’t have time to travel while researching the book, but he had plenty to draw on from previous trips to East Africa and the Caribbean, as well as historical research and extensive conversations and interviews with his friends who cook traditional foods. With that inspiration. he created some new dishes and reworked some familiar ones, such as Berbere-spiced black eyed pea sliders, maque choux, and black bean and seitan stew.

This is the first book Terry has written as a new father and he says the process was quite different than with past books. “Normally I get into a groove where I live and breathe the book, but I couldn’t do that without my wife picking up the slack,” he says. So Terry got by with a little help from his friends, who shared recipes, helped him test them, and brainstormed the concepts that he wove through the book.

African-American Food historian, Jessica B. Harris, lends her voice to an introductory essay, entitled Permission to Speak. And food activist Michael W. Twitty, chimes in with an essay called Think Like You Grow, that addresses the historical and practical side of growing the food one cooks.

“It takes a village to write a book,” says Terry. “I was intentional about this being a communal process, which is a key part of African culture.”

Similarly, Terry had the whole village in mind when he considered his audience. In other words, he didn’t write this book solely for young hip folks in Brooklyn and Oakland.

“I wrote Afro Vegan for a very diverse group of African Americans,” he says. “I want people of African decent to see this book as theirs.”

He talks about his own experiences going into bookstores and heading to the cookbook section, but seeing very little that reflects who he is. “I really worked hard to help people see their own cultures and traditions reflected, and to include culturally-relevant foods.”