By Twilight Greenaway and Lori Rotenberk 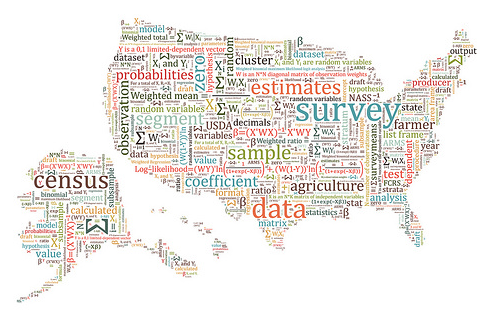 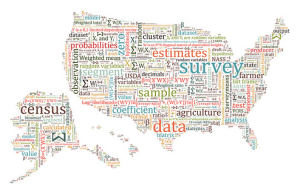 Earlier today, the U.S. Department of Agriculture (USDA) put out a preliminary draft of the 2012 agriculture census [PDF]. Released every five years, this census is intended to shed light on the state of farming in America. And it does—especially if you read between the lines.

For starters, American agriculture made a lot of money in 2012. According to the census, U.S. farms sold nearly $395 billion in farm products that year, or 33 percent more than they sold in 2007. This won’t surprise you if you’ve kept up with the prices of corn and other big commodity crops in recent years. But the census numbers make it a little difficult to tell who is making all that cash. And some farm experts say that most people in today’s farm communities aren’t exactly raking it in.

Katherine Ozer, Executive Director of the National Family Farm Coalition, says the high sales numbers don’t entirely reflect “the ripple impacts of the recession and the economic stress going on among a lot of different communities.”

That’s where another important, complementary piece of the ag census enters the picture: While the number of large farms has grown, the number of mid-sized farms continues to drop.

Ozer says that, from her organization’s perspective, mid-sized livestock and dairy operations have been hit the hardest over the last several years. “They may have sold off significant numbers of their animals, but they still have the acreage, so they may still be counted as a midsized farm,” she says.

The USDA’s initial census highlights claim that, “The number of large (1,000 plus acres) farms … did not change significantly in that time.” But Ozer notes that acreage and income are very different things. And while income on mid-sized farms went up a little over all, she adds, “Based on income, it looks like the largest operations did go up by a pretty significant percentage.”

Meanwhile, the census also shows that small farms held steady, which might sound–from a sustainability perspective–like good news. But in actuality, these small farms rarely bring in enough income to support the people living there. Nearly half (or 1 million) of the 2.1 million farms in the U.S. require at least one member of the family to work off the farm. And, as historical data from the USDA web site points out: “Many farms are not profitable even in the best farm income years. As a result the median household income from farming shows a loss from farming.”

In its census highlights, the USDA also says that: “The number who identified something other than farming as their primary occupation was nine percent lower in 2012 than 2007.” But, again, this news may not be as positive as it sounds.

“I think that is really a reflection of the lack of other jobs in rural communities. Many farmers in 2007 may have been in a position to earn off-farm income, whereas in 2012 that may not be the case,” Ozer told us.

The demographic information from the census numbers tells an equally complex story.

On the one hand, the average age of the American farmer is now nearly 58, and has consistently been on the rise for 30 years (it went up 1.2 years since 2007 alone). On the other hand, the number of farmers between the ages of 25 and 34 did go up.

“We have small rise in the number of young farmers, but you have a decrease in the 35 to 44 range. That means many of those farmers didn’t graduate up to the next age bracket,” says Traci Bruckner of the Center for Rural Affairs.

She sees that as another sign of farm consolidation, and the challenges small- and mid-sized farmers face. “That’s a healthy vibrant age where they could be doing a lot of that work, and we’re losing them because they aren’t making it out there.”

On a related note, the number of beginning farmers–or those who have been running their current operation less than 10 years–was down 20 percent in 2012.

Women farmers remain a viable and strong addition to the farm landscape, according to today’s census.

The overall number of farms is down nationally over four percent from 2007, with a four percent decline in male farmers and a six percent drop in female farmers. But Ginger Harris, a USDA census statistician, told Civil Eats there had been a rise in the number of women who report farming as their only income (from 122,000 to 125,000). “More women are going into farming as a career,” she says.

Harris says that women are remaining in the field, likely indicating that the trend towards more females farming will hold steady or even go up in the coming years.

As is the case across the board, however, these women are older. The biggest rise was among those between 55- to 75-years old, which could mean that women are choosing farming as a second career and/or inheriting farms.

Indeed, when the USDA’s Economic Research Service reported last year that women were the group of farmers growing the fastest, many came forward to tell their stories of leaving professional careers to pursue a life long dream of owning either a produce, goat, cattle or hog farm.

According to this new data, women remain the principal operators of 14 percent of the nation’s farms, despite the overall drop in the number of farmers.

While this may seem disappointing after the significant bump in the number of women reported as farm owners in 2007, Leigh Adcock, executive director of the Iowa-based Woman, Food and Agriculture Network, attributes that to a shift in the sampling technique that took place in the last census. Beginning in 2007, more than one person could be listed as farm operator, whereas before, married men used to put their names down solely.

The census also illustrates that women continue to own and operate smaller farms than men and earn less income–a fact that was equally true five years ago.

And although there was a general bump in minority-owned farms (the number of Latino farm owners went up by 21 percent, for instance), the census also shows that women of color aren’t fairing particularly well in the current farm landscape.

“There’s a slight increase in black farmers who are 55 and older. But there’s a decrease in younger black women going into farming,” says Tammy Gray-Steele of the National Women in Agriculture Association. The older farmers must start mentoring and training the younger minority farmers for this to work. The numbers should have been flipped upside down–more younger black women coming in and fewer older minority farmers. We have a lot of work to do out here, but I expect that the numbers will increase with younger, minority women farmers during the next census.”

More information about black and Latino women farmers will be available when USDA releases the complete census data in May.

Agriculture Secretary Tom Vilsack spoke during the release of today’s numbers, saying it shed light on a “strong rural America” and commenting on the fact that the ag census should—ideally–shape public policy.

But farmer advocates like Traci Bruckner are doubtful that Vilsack sees the same census they do. Instead, she says, much of today’s policy–including the recently-passed 2014 farm bill–isn’t adequately responding to the story this data it has to tell.

“This census hasn’t helped to solve the problems we’ve been looking at in rural areas for decades,” says Bruckner. Namely: The widening gulf between big corporate farms benefitting from crop insurance and direct payments and well, everyone else. “If you really look at the data, our policy is wrong.”