Invisible Math: Accounting for the Real Costs of Big Ag 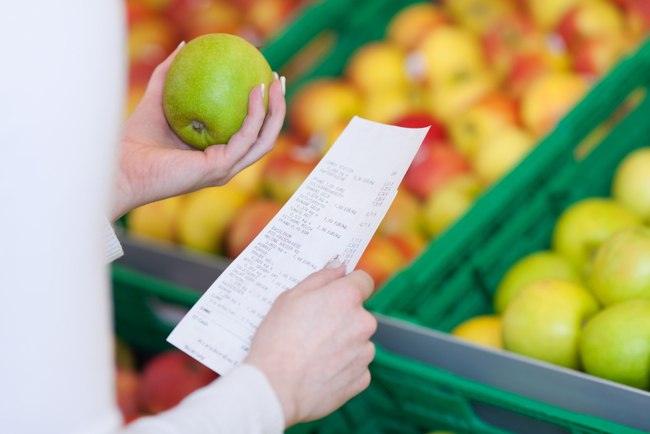 For years, everyone from Michael Pollan to Alice Waters has been talking about the “true cost of food.” The reasoning is pretty straightforward: Consumers don’t pay the real cost of food because many of the harms done to the environment or public health as a result of industrial farming practices are currently not included in cash register prices.

But just how big are those additional costs we’re not paying? How can we begin to measure them? More importantly: When will these societal debts catch up with us like a giant looming credit card bill we’ve been ignoring for years?

These are precisely the questions, the UK-based Sustainable Food Trust (SFT) set out to answer last December when they brought together leaders from across the worlds of food, farming, conservation, research, finance and government policy (including His Royal Highness Prince Charles, himself) for a conference dedicated to True Cost Accounting in Food and Farming.

This is deeply wonky stuff. But true cost accounting might be an essential tool to changing an economic system that for so long has valued cheap food at the expense of people and the natural world. As the Sustainable Food Trust put it: “We wanted to investigate why our current economic system makes it more profitable to produce food in ways that damage the environment and human health, instead of rewarding methods of production that deliver benefits.”

Here are 10 important points about the high cost of cheap food, based on presentations at the SFT conference (with accompanying videos).

1. Cheap food is expensive. The uncounted social and environmental costs of industrial food production and distribution far exceed the price we’re paying. The global obesity epidemic, collapse of fisheries due to decades of toxic agricultural runoff, loss of pollinators, permanent soil erosion, and increased greenhouse gases are just a few of the many costs not paid at the point of sale. The challenge before us is to find ways to calculate, communicate, and reconfigure these costs so that healthy food production comes across as the true bargain it is, and assumes a dominant role.

2. Not all agriculture systems are equal. Some farming methods have public benefit. Most forms degrade the environment. Presently, most farmers seek to maximize production regardless of short- and long-term effects on communities, topsoil, shared water supplies, and human health. Single-crop monoculture farming, although highly efficient in some ways, eventually takes its toll on the soil, water quality, biodiversity, and community health of an area. In many instances, this form of farming is only “profitable” through government subsidies, crop insurance schemes, and exploitation of natural resources. In the case of agriculture, we have been “borrowing from the future” for far too long.

3. Food waste is rampant. More than one-third of the food produced in the world goes to waste at tremendous environmental and economic cost. That amounts to 1.3 billion tons every year. One-third of the earth’s arable land is required to produce this uneaten food, not to mention the petroleum, water, fertilizers, and agricultural chemical applications as well as the generation of greenhouse gases released in the process. We have a tremendous opportunity to improve food processing and distribution systems. Composting and feeding animals food waste are two important solutions.

4. The Western diet is taking over the globe. High in salt, fat, and sugar, our diet is rapidly becoming a global way of eating. Grain-fed animal products are also now the primary source of saturated fats in the Western world. But factory animal farms are resource intensive and waste generating. In fact, the escalating demand for meat and dairy products can be seen as one of the top challenges humans face as we try to feed ourselves without destroying the planet’s life support systems.

5. We need to act fast. Extreme weather events linked to climate change will impact food production. Soils are finite and must be protected through cover cropping, pasture rotations, wild field buffers, and other methods. Developing financial mechanisms to support beneficial agricultural systems should be an international priority. Meanwhile, we should make destructive food production systems unaffordable.

6. Agriculture can help reverse the rise of CO2. Single compost applications on grasslands can increase carbon sequestration in the soil at an average of one ton per hectare (2.5 acres). This can result in long-term carbon capture and substantially increased capacity for water retention. One-third of the earth’s land surface is in grasslands. With proper management, grasslands have the unique ability to capture atmospheric carbon, store water, and provide agricultural productivity.

7. Subsidies distort the true costs of healthy food. Many current government programs actually pay polluters for contaminating the land, water, and communities with animal wastes and agrochemicals while increasing corporate market domination and profits. These subsidies, which can reach as high as $20 billion per year in the United States alone, make foods seem artificially cheap. Industrialized countries have a unique opportunity and responsibility to invest public funds in a new generation of farming practices that conserve natural habitats, minimize chemical use, protect water, while still producing the healthiest food possible.

8. Food and disease are interconnected. Chronic low-dose exposure to “cocktails” of multiple agrochemicals are commonly the cause of cancer, cardiovascular disease, metabolic syndrome, and other epigenetic disturbances (changes in DNA sequences). Obesity, Type II diabetes, and cardiovascular diseases are on the rise around the world. The health costs of dealing with nutritional epidemics threaten to bankrupt states and countries in the not-too-distant future. Our present calculations of the health costs of industrial food production are based on outdated methodologies and are severely underestimated.

9. Biodiversity is in steep decline and farming is to blame. Agriculture systems of the late 20th Century have been a key driver in a major decline in biodiversity across the world. It starts with clearing of habitat for agriculture expansion. Food webs decline with the loss of wild plant species as well as bugs, birds, bats, and other species. The loss of biodiversity is one of the costs of industrial agriculture that is most difficult to calculate. And yet, in a world where all living things are interconnected, even as the smallest elements of the whole disappear, we are all impoverished. Meanwhile, many of the world’s poorest people still rely on the products of diverse ecosystems to feed themselves.

10. A new narrative is necessary. We need to find new ways to speak to farmers, consumers, public officials, and others to lead the world into an age of food production and consumption where the healthiest food possible is produced from the healthiest environments possible and accessible to as many people as possible.