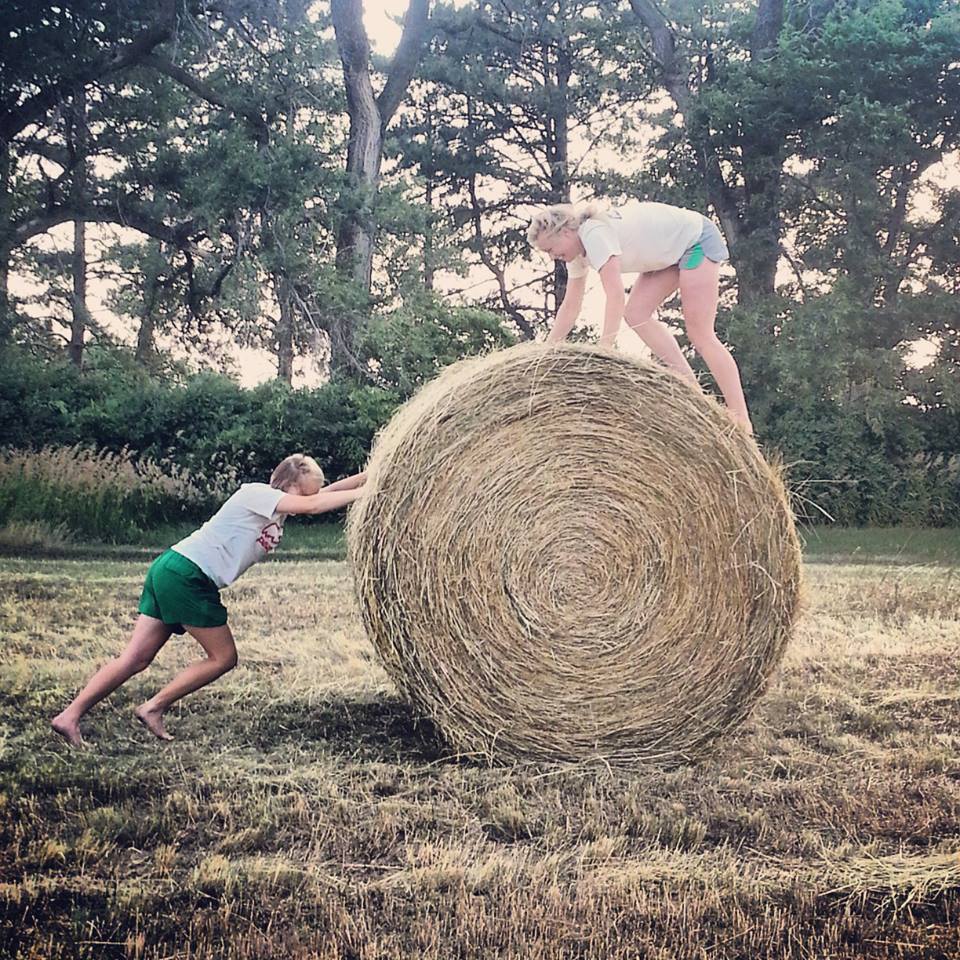 What do women farmers, the next generation of sustainable food activists, and bikes have in common? They’re all part of a project called Shifting Gears.

Led by Caitrin Hall and Lake Buckley, Shifting Gears is an inspiring project that took the motivations behind Farmer Jane—exploring and celebrating women’s contributions to sustainable agriculture—and put them on the road. It bodes well for the next generation of changemakers that these two 20-somethings designed a project that would bring them closer to women in their fields, while utilizing the most benign and beautiful form of transportation, the bicycle.

From New York to California, covering nearly 4,000 miles, Hall and Buckley visited urban and rural women-led farming operations. Along the way, the duo had their  eyes opened to the realities of farming as a woman in the U.S. On the road they discovered how women achieve success and learned about the disparities many of them still face. And, ultimately, they found hope in meeting members of the fastest growing farm demographic [PDF] in our country.

Hall and Buckley write on their website, “We believe we have a lot to learn from women food producers about how to foster true resilience, how to live on a finite planet, how to consume less and share more, how to foster compassion and courage, and finally, how to wake up and engage with present daunting realities.“

Inspired all to heck by the Shifting Gears trip, I caught up with these young, enthusiastic cyclists on the last leg of their journey to hear what they had to say.

What did you learn about women farmers that surprised you most?

Buckley: The amount of discrimination out there surprised me. We knew about the lawsuits [against the USDA] and that discrimination was present, but we hadn’t experienced the telling first hand. That was really eye-opening.

Also, when we were in Iowa we learned about the challenges of women who have inherited land but have never been asked what they want to do on the land. Generally speaking what they want is in opposition to what the extended family wants. Women tend to want food, family, and conservation land, which goes against their more conservative family’s farming ideals. There have been circumstances when extended family will sue or put a restraining order on the woman to take control of the land. We found that in Iowa there is a super rigid cultural definition of what it means to farm there. Women don’t have a place in farming even if they own it!

What were some of the most memorable farms stops?

Buckley: Denise [O’Brien] of Rolling Acres Farm in Iowa was one of them. It was amazing to learn about the formation and activities of the Women Food and Agriculture Network (WFAN). I loved listening to her speak and was blown away by her ability to empower women and to farm holistically while being completely surrounded by a male-dominated farming culture concerned primarily with the bottom line. When we were biking to her farm, we saw it from afar as an oasis. It was the first time we had seen trees and butterflies since entering Iowa. Everything else was fencerow-to-fencerow corn.

Hall: She’s pretty much taking care of the biodiversity of the state! I would also add, Maisie Ganz of Soil Sisters in Nevada City, CA. That was really memorable! She’s built sustainability into their ethos. Not just about the land and production but on an energetic level. I think we have an illness of overworking in our society. Farmers especially are overworked and especially on diversified farms doing all that hard work. The workhorse “drive, drive, drive” mentality is in place for farming as a career despite not making very much money. Meeting women who are dedicated to taking care of themselves as much as they take care of the land and their flowers was so refreshing. This is something that we need to keep in mind and an aspect of feminine wisdom what we need to hold and perpetuate.

How has this trek changed your view of farming as a woman?

Buckley: I have so much faith in women farmers. There are elements of nurturing, holistic seeing, and long-term vision that are crucial in the farming sphere and the women we met have that view. I have so much faith and hope that this demographic of farmers will continue to grow. There’s a certain way of doing things with feminine qualities that has so much potential for real progress.

Hall: I just have a huge respect for women farmers. It’s incredibly hard work, an incredibly hard market and culture to participate in, yet they persevere while nourishing themselves. They are enlivening the world and making it better.

More details about the farmers Buckley and Hall visited (and their road adventure) can be found at Shifting Gears.