A History of Drought in California: Learning From the Past, Looking to the Future | Civil Eats

A History of Drought in California: Learning From the Past, Looking to the Future

By Adam Kotin and Dru Marion 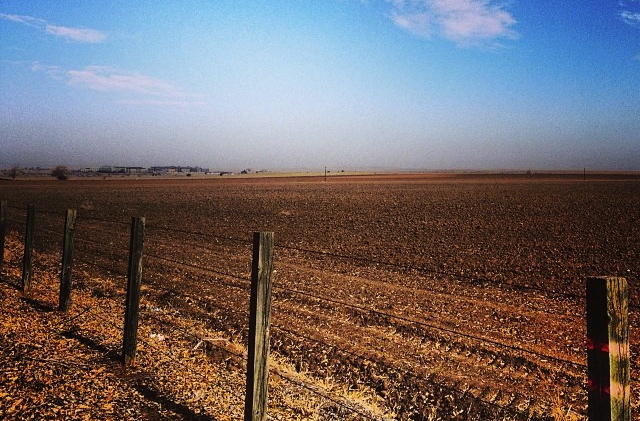 Last Friday, the California Department of Water Resources (DWR) announced that no water would be delivered [PDF] this year from the State Water Project to its twenty-nine public water agency customers—a first in the Project’s 54-year history. These deliveries help supply water to 25 million Californians and roughly 750,000 acres of irrigated farmland. DWR also announced that allocations to Sacramento Valley agricultural districts would be cut in half.

The current drought, which continues to smash records statewide, has inspired a litany of articles and musings on the drought of 1976-1977. To be sure, there are some striking similarities between our current predicament and the dire situation 37 years ago—including the fact that then, as now, Jerry Brown was the fellow declaring the emergency.

But California has often endured water scarcity throughout its history, and each occasion has brought its own challenges. Out of those challenges have come valuable lessons, and as the current dry spell becomes more severe it is worth remembering— and learning from—the state’s long history of unpredictable weather fluctuations.

The acclaimed UCLA historian Norris Hundley cautioned that, “It is a mistake…to think of California in terms of averages and regular cycles of precipitation.” Settlers’ accounts of the area are laden with odd conclusions based on the extreme conditions present at the time of observation. For example: a dry Sonoma was declared entirely unsuitable for agriculture in 1841. The Sacramento Valley was written off as “a barren wasteland.” Much of the Central Valley was just a great “inland sea” during the torrential floods of 1861-1862, when Sacramento could be traversed only by canoe, then drought-stricken two years later in 1864.

By the early 1920s, those California farmers who did irrigate relied mostly on groundwater and flowing river sources, along with some smaller reservoirs, which sustained them just enough through the dry years. The decimation wrought by the 1924 drought encouraged more widespread interest in irrigation systems, along with investment in bonds for larger systems to store water and transport it to where it was needed.

The Dust Bowl droughts of 1928-1935 stoked a desire for water-moving and storage on an even grander scale, and saw the design and construction of the federal Central Valley Project system of canals, pumps and aqueducts. Later, the multi-year droughts of 1947-1950 and 1959-1960 (as well as some extreme floods in the intervening years) helped to justify investment in the State Water Project, which irrigates the Central Valley and keeps taps flowing in Los Angeles.

Then came the 1976-1977 drought. At the end of the ‘wet’ season in 1976, rainfall levels were at 65 percent of the norm, reservoirs were depleted, and there was little to no Sierra snowpack to speak of (sound familiar?). Fears were confirmed as 1977 rolled in and marked one of the driest years on record. Forty-seven of California’s 58 counties declared a local drought emergency, making them eligible for relief money on both the state and federal level.

The agriculture sector, always uniquely vulnerable during times of water scarcity, felt the repercussions in a variety of ways, none of them good. With the State Water Project cutting ag entitlements by 60 percent, the Central Valley Project making 75 percent cuts in the San Joaquin, and crucial rivers and streams running dry, losses were experienced at every stage of the growing process.

Rather than encouraging more big water projects (voters memorably defeated a ballot initiative to fund construction of a Peripheral Canal in 1982), the 1977 drought is credited with sparking a water conservation movement across the state that encouraged urban residents—with remarkable success—to refrain from typical household routines like watering lawns, washing cars, and flushing the toilet. This conservation ethos has largely been sustained, even through times of relative water abundance. Though more conservation is certainly possible, many urban areas now serve a larger population with the same or less water than they did two decades ago, according to the Pacific Institute.

Agricultural operations, which account for roughly 75 percent of water use in California, have also increasingly pursued water-saving innovations in the years since the 1977 drought. Drip irrigation, which first appeared on the California scene around 1970, is now a standard practice in many areas and cropping systems. Innumerable other technologies and practices that save both money and water are supported (and sometimes mandated) by the state and local governments.

In the decades since the 1977 drought, we have seen other dry periods. Notably, the 2007-2009 drought, though mild compared to the current one, brought issues of unsustainable groundwater use to the fore and inflamed debates over the Delta water project. As a result, legislators passed a package of reforms to require local groundwater monitoring, step up urban water conservation targets, and plan for the Delta’s future.

While it is far too soon to predict what the impacts of the current historic drought will be, as we discussed in the first post in this series, many growers have already sustained significant and lasting losses. However, it is evident that we still have not prepared well enough for the future crises we know are coming, or adequately learned from the lessons of the past.

Climate advocates in the state believe this drought highlights the imperative to continue improving on-farm water conservation and water use efficiency measures. But we must go beyond conservation and also implement strategies such as on-farm catchments, water recycling, water banking in soils, runoff prevention techniques and more. Integrated ‘water stewardship’ methods such as these should be the ‘next frontier’ in California’s water story.

This post originally appeared on the California Climate and Agriculture Network (CalCAN) blog.

Dru Marion is CalCAN's Communications Intern, having recently graduated from Wesleyan University with a B.A. in Philosophy and a certificate in Environmental Studies. Read more >