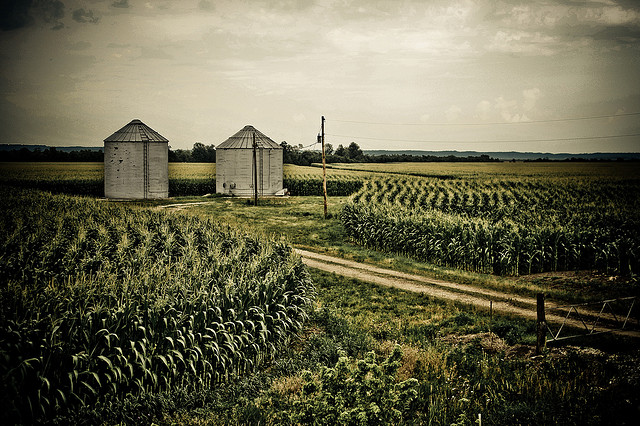 “This isn’t your father’s Farm Bill.” These were the optimistic words of Senator Debbie Stabenow (D-Michigan), Chairwoman of the Senate Committee on Agriculture, in a statement on her Web site Tuesday, after the Senate voted to finally pass a farm bill. The $1-trillion dollar, five-year bill had been in the works for over two years, prompting food and agriculture companies to spend $150 million in lobbying dollars.

And let’s face it, any movement in Congress feels long overdue and a little relieving these days, simply because it’s just so rare. But does this new bill really represent a radical departure from farm bills past? Not so much.

As Ferd Hoefner, Policy Director of the National Sustainable Agriculture Coalition, described in detail for us last week, there are a few small bright spots in the new bill when it comes to helping alternative farm efforts expand and improve. But, by and large, farm bill 2014 represents business as usual for Big Agriculture.

The new bill will cost taxpayers a little less. Around $16 billion less, to be precise. That might seem like a lot, until you realize that the whole bill now still accounts for $956 billion.

The bill puts an end to direct payments to large farms, but expands crop insurance programs, which have generally gone to pay the top-earning farms to continue producing the Big Five commodities (corn, wheat, soy, rice, and cotton) in a less-than-sustainable ways.

In a statement released today, the Environmental Working Group (EWG), said the new bill “will take food and farm policy in the wrong direction”—largely due to its “expanded and largely unlimited crop insurance subsidies for the largest and most successful farm operations at the expense of family farmers and the environment.”

According to EWG, farmers received $15.8 billion in crop insurance payments during last year’s drought and that’s just the tip of the iceberg. An estimated 10,000 crop insurance policyholders receive over $100,000 a year in subsidies annually, while the vast majority of farmers (around 80 percent) collect an average of $5,000 a year. (See EWG’s Farm Subsidy Database for more).

An amendment to the bill dubbed the “end farm welfare to millionaires” would have reduced payouts for farmers with over $750,000 in income but it as stripped from the final bill at the last minute.

Even more controversial, is a form of federally subsidized insurance called Price Loss Coverage or so-called “shallow loss,” programs, which “insure” that big farms’ incomes won’t dip below a designated level. The New Republic’s David Dayen sums up the problem with the new bill well in a blog entry called The Farm Bill Still Gives Wads of Cash to Agribusiness. It’s Just Sneakier About It. He writes:

Moving away from direct payments and toward indirect insurance subsidies is an example of what author Suzanne Mettler calls “the submerged state.” So many federal social programs lurk underneath the surface that the public cannot get a good handle on who benefits from government largesse.

Meanwhile, the biggest change to the bill (from the 2008 bill) is the drop in Supplemental Nutrition Assistance Program (SNAP) funding, which will be reduced by $8 billion over the next decade. Although this is less than $40 billion in cuts the GOP had been pushing for, it is twice the four billion proposed by Senate democrats. According to the New York Times, that will mean a reduction of $90 a month for around 850,000 households.

And, if a recent study by the University of California, San Francisco, is right, these surface-level savings may be outweighed by medical costs for the same population who counts on all 90 of those dollars to put food on their tables.

You see, scientists at UCSF found that SNAP recipients who go hungry near the end of the month are often admitted to the emergency room for “hypoglycemia, a low-blood sugar condition linked to diabetes patients who continue to medicate without eating enough.”

The study’s author told the Huffington Post, “from my perspective as a public health researcher, it’s cheaper to make sure people don’t get hungry than to deal with the far more expensive healthcare costs of not having access to food.”

Of course, these aren’t exactly the kinds of nuances one can expect today’s Congress to take into account when simply trying to get through the “toughest legislative battle on renewal of the farm bill in almost two decades.”

Even President Obama—who is scheduled to sign the new farm bill in Senator Stabenow’s home state of Michigan—is responding the bill as one might when taking the first bite of meal made by thousands of angry chefs in a crowded, inhospitable kitchen. On Tuesday he said, the bill contains a “variety of commonsense reforms.” Translation: Is it over yet?