To Stifle Superbugs, Veterinarians are Vital 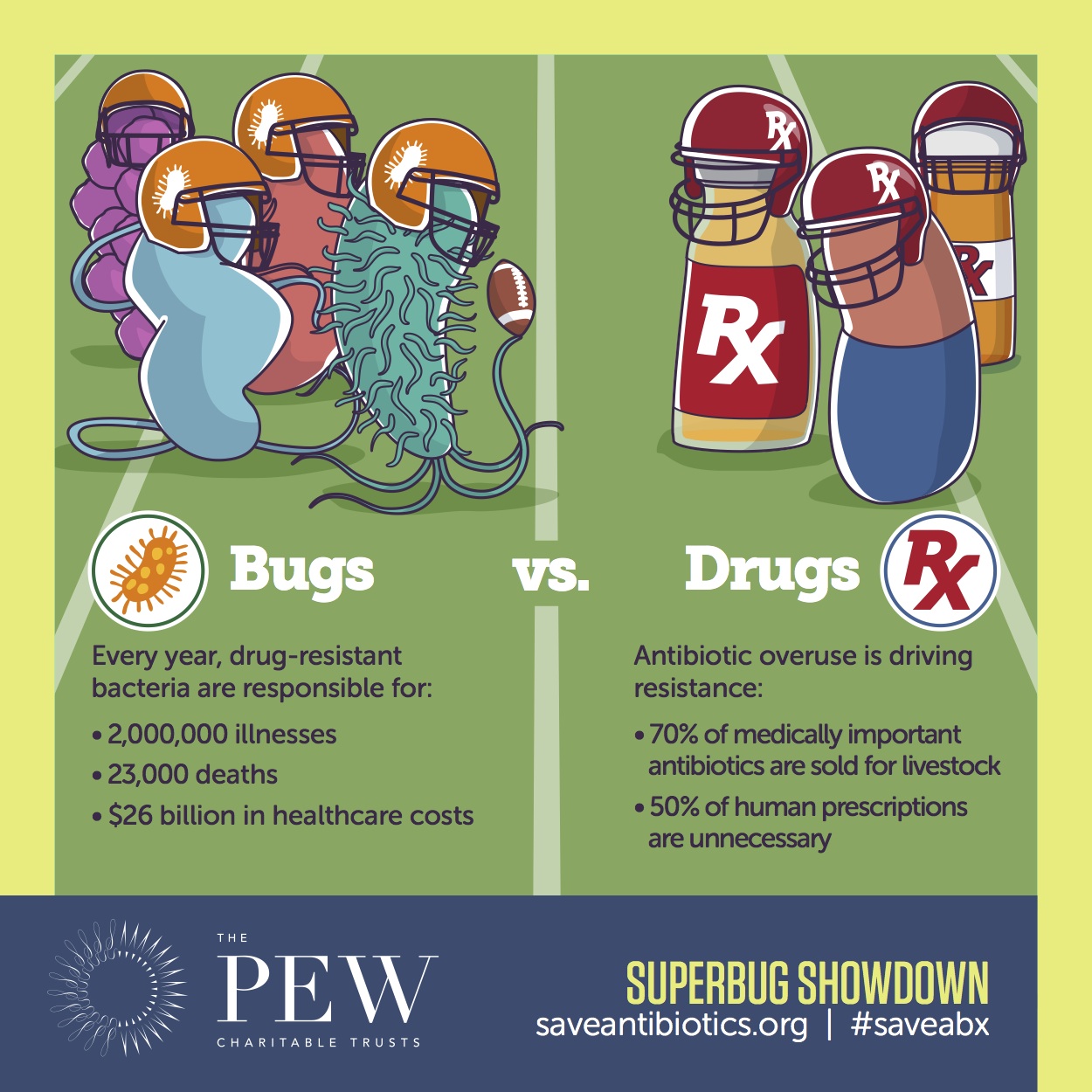 What do football fields and industrial farms have in common? In both places, a microscopic threat to human health is spreading. But on farms, a lack of veterinary involvement may be making the problem worse.

Athletes are among those at particular risk of contracting MRSA, or methicillin-resistant Staphylococcus aureus. A survey of National Football League physicians found 33 MRSA infections among players between 2006 and 2008. This season, three players on one team alone were sickened by the infectious disease.

The Centers for Disease Control and Prevention lists five factors that make a setting more conducive to the spread of this dangerous bug. Known as the 5 Cs, they are: “Crowding, frequent skin-to-skin Contact, Compromised skin (i.e., cuts or abrasions), Contaminated items and surfaces, and lack of Cleanliness. Locations where the 5 Cs are common include schools, dormitories, military barracks, households, correctional facilities, and daycare centers.”

A growing body of evidence points to another source of MRSA where the 5 Cs are common: Industrial farms. A 2012 study, for example, used genetic analysis to trace the birth of one strain of the superbug to large agricultural operations in the Netherlands. The researchers concluded that bacteria in hogs acquired resistance after the animals were given antibiotics as part of the pork production process. The resistant bugs, the study noted, then spread from pigs to people. A pair of 2013 studies found that people living on or near hog farms were more likely than the general population to be carrying or infected with MRSA.

Of course, MRSA is only one of kind of superbug. Two other commonly foodborne bacteria—Campylobacter and Salmonella—are responsible for at least 410,000 resistant infections. All told, drug-resistant infections account for a minimum of two million illnesses and 23,000 deaths every year. One study estimated that superbugs added up to $26 billion to our nation’s annual healthcare bill.

Antibiotic overuse in both people and animals breeds these resistant bacteria. That’s why doctors, pharmacists, and patients are taking steps to reduce inappropriate prescribing in human medicine. But antibiotic policies in agriculture lag far behind and must catch up.

It may seem hard to believe, but while people need a doctor’s prescription to take antibiotics when they are sick, anyone can buy these drugs for cows, chickens, and pigs over the counter—no veterinary prescription or involvement required. That is part of the reason why more than 70 percent of medically important antibiotics are used in meat production not human medicine, often given to healthy animals to make them grow faster and to compensate for overcrowded and unsanitary conditions.

Fortunately, the U.S. Food and Drug Administration (FDA) recently issued a draft policy to increase veterinary oversight on industrial farms. Once the policy is finalized and fully implemented, food animal producers will need a veterinary order or prescription to add antibiotics to animal feed and water, which is how 90 percent of antibiotics are delivered to livestock.

FDA must get the details of the rule right. The agency should ensure that veterinarians actually see the animals they are treating or visit their farms and ranches, and write orders for science-based courses of antibiotics rather than unlimited refills. And of course the agency must also work with the profession to ensure all farmers have access to veterinarians.

Before it finalizes this measure, FDA is taking comments from the public. Please tell the agency that just as referees are needed to enforce the rules of a football game, we need veterinarians to oversee the use of antibiotics on industrial farms. Together with farmers, they can keep animals healthy and slow the evolution of resistant bacteria.

Like rivals on the gridiron, superbugs and antibiotic drugs are battling for supremacy, but this is no game. Lives are on the line and the costs of losing are unacceptably high.

Gail Hansen is a doctor of veterinary medicine and served as the chief epidemiologist of Kansas for 12 years. She is a senior officer at The Pew Charitable Trusts. Read more >