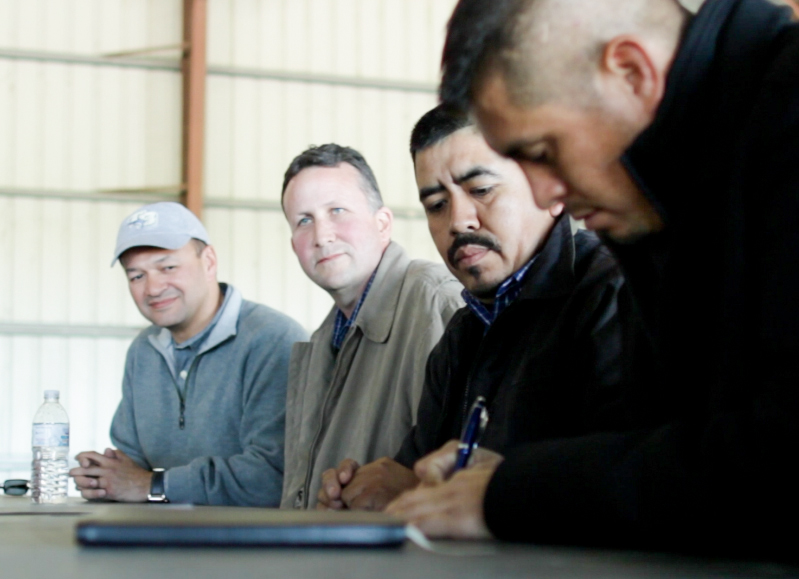 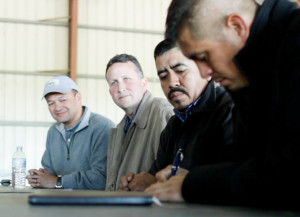 The struggle for labor justice in the fields of the United States—and perhaps far beyond—took an historic stride forward yesterday. At a folding table in a metal-clad produce packing shed beside a tomato field in southwestern Florida, two high-ranking executives from the giant retailer Walmart, which sells more groceries than any other company in the world, sat down beside two Mexican farmworkers and signed an agreement to join the Fair Food Program. 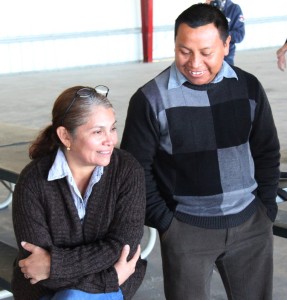 Originating as a solution to the atrocious working conditions in Florida’s $650 million tomato industry, which included several cases of abject slavery, the Fair Food Program was created by the Coalition of Immolakee Workers (CIW), a human rights group based in Immokalee, Florida, the state’s largest migrant workers’ community.

The program is unique in that it creates a legal framework linking laborers, tomato farm owners, and final purchasers of tomatoes. The purchasers, which include such giants as McDonalds, Whole Foods Market, and Sodexo, have agreed to pay an additional penny per pound for the tomatoes they buy. In turn, the producers pass that penny directly along to the workers. A penny-a-pound might sound like a pittance, but it represents a 50 percent raise, the difference between making $50 and $80 a day.

But the agreement goes far beyond providing a livable—albeit modest–income. Signatories abide to a Code of Conduct that enforces zero-tolerance for slavery or sexual assault. Workers attend education sessions to learn their rights and responsibilities under the Program. They are also informed about health and safety issues.

A grievance system ensures that worker complaints reach the proper authorities. And critically, an independent third party, the Fair Foods Standards Council, oversees implementation of the program and audits the extra penny-a-pound payments to make sure they are reaching the workers. In the three years since first being introduced, the program has funneled more than $11 million of extra income to the workers, dealt with nearly 400 complaints, and interviewed more than 4,000 workers for on-farm audits. (Click here for a full copy of their annual report.) 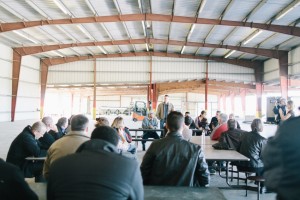 Notably, there has not been a single reported case of slavery in Florida, an area once called “ground-zero for modern-day slavery” by a federal prosecutor. It’s a huge accomplishment for an organization that began 20 years ago as a loose gathering of a couple of dozen tomato pickers in a church meeting room in a shabby Florida town.

Before this week, nearly all of the fast food chains had agreed to participate (Wendy’s refuses to take part). So had all the major food service companies that supply colleges, museums, and businesses. For all the CIW’s accomplishments, there remained a giant hole in the Fair Food Program’s social safety net. With the exception of Whole Foods and Trader Joe’s, not a single supermarket company had signed on to the program. With the stroke of a pen, that all changed this week when Walmart joined.

The implications of the Walmart decision cannot be understated. Enormous pressure will be placed on competing grocery giants to follow Walmart’s lead. The CIW’s successes in bringing aboard competitors within food industry groups has always benefitted from a domino effect. It took four years of petitions, demonstrations, and hunger strikes for the group to convince Taco Bell to finally sign in 2005, and another two years to get McDonald’s to agree. Then the other fast food chains all but fell over themselves in a rush to the table.

The food service industry went through a similar cascade after Bon Appétit Management voluntarily joined in 2009. Importantly, Walmart signed on its own volition, without any pressure from CIW actions. History makes it hard to see how companies such as Publix, a big southeastern grocery chain based in Florida, can continue to snub the CIW and its supporters.

Wisely, the CIW has concentrated on going slowly, making sure that the program was rolled out carefully in one small sector of the agriculture industry, a sector that has provided fertile ground for some of the most egregious human rights violations suffered by American workers. But the program provides a template that can be used across food production, which has been notoriously difficult to organize through unionization and other traditional activities. A worker doesn’t have to “join” anything to benefit from the Fair Food Program. The instant a person steps into a tomato field, he or she is linked into a legally binding system that leads directly to the executive suites of the largest food companies in the world.

The notion that the Fair Food Program has the potential to be a moveable template for labor justice was not lost on Alexandra Guáqueta, chair of the United Nations Working Group on Business and Human Rights, who attended the Walmart signing ceremony. Praising the Fair Food Program’s “smart mix” of tools, she said, “We are eager to see whether the Fair Food Program is able to leverage further change within participation businesses and serve as a model elsewhere in the world.”