In Bristol Bay, the Science is Clear, Time for EPA Action to Protect Salmon, Jobs, & Our Way of Life | Civil Eats

In Bristol Bay, the Science is Clear, Time for EPA Action to Protect Salmon, Jobs, & Our Way of Life 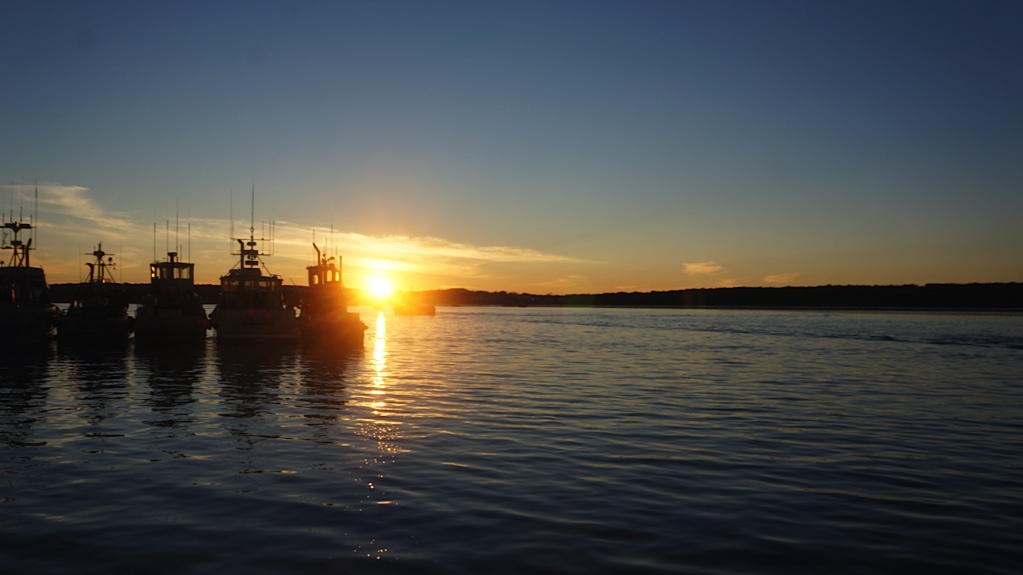 I live in Washington State, but for 20 years have relied on wild Alaska salmon to earn a living. Many of my friends earn their livings catching the sockeye salmon of Alaska’s Bristol Bay. The silver-sided fish fill our boats and feed the world. Yesterday the U.S. Environmental Protection Agency (EPA) released its final watershed assessment for Bristol Bay, outlining the potential impacts of large-scale mining on the most productive and economically important sockeye salmon fishery in the world.

As a commercial fisherman, this report is both a relief and a worry to me. The study confirmed what many of us feared: That the results of mining would be disastrous. To have this documented is a relief. Now that the facts are clear, it is time for the EPA to take the next step and end the threat of the proposed Pebble Mine once and for all–something they have the power to do thanks to the Clean Water Act. And yet I worry. Will the EPA Administrator Gina McCarthy act?

“In Bristol Bay, we’re all in the same boat. Not only do we make our living catching the fish, we live off the fish we catch. All of the people in my life eat the fish that I catch. If the Pebble Mine goes through, we’re done. Our children and our children’s children are done. Fishing will no longer be a viable way to make a living,” states Elijah Lawson, who was on his parents’ fishing boat before he could walk. “I inherited my Bristol Bay permit from my dad. I learned my work ethic and my love for the environment because I was exposed to it as a kid,” he says. “I want to pass that knowledge and that love for the environment to my boys. My goal is to have my boys, who are five and two, fish in Alaska. This EPA’s assessment gives me hope that I’ll achieve that goal.”

Bristol Bay is the economic driver for the region and the source of nearly 50 percent of the world’s commercial supply of wild sockeye salmon. This ecosystem is the last of its kind and a pulse of life that feeds animals, creates jobs for the fishing community, and offers rich heritage to generations of Native Alaskans. The EPA’s study confirmed that developing what would be the largest open pit mine in North America would result in severe and lasting consequences to wild salmon habitat. The report provides a solid scientific case for EPA to act to ensure the long-term productivity and sustainability of the Bristol Bay watershed.

How can the EPA act? The agency can restrict the disposal of mine waste in the rivers, streams and wetlands that feed into Bristol Bay if these actions would have an unacceptable adverse effect on Bristol Bay salmon. The watershed assessment confirms that mining the Pebble deposit would pose such a threat.

Like Lawson, Bob Waldrop, Executive Director of the Bristol Bay Regional Seafood Development Association, is keenly aware of the threat mining poses and the importance of EPA action. “There are thousands of hardworking commercial fishermen who rely on the Bristol Bay fishery, and we’re proud to provide a sustainable and healthy source of food for the nation,” he says. “Our industry is the economic engine for the region and we’re calling on the Obama Administration to take immediate steps to protect it from all large-scale mining in the Bristol Bay drainages.”

The EPA study shows that under routine operation, the mine footprint alone would result in the direct loss of up to 90 miles of streams and 4,800 acres of wetlands–key salmon habitat.  While the EPA can’t predict precisely how or when a failure will happen, evidence from similar large mines suggests that over the lifespan of a large mine, failures will occur. This can’t be emphasize strongly enough: Pipeline failures as well as water collection and treatment failures are things that are expected to occur over the life of the mine.

Once the mineral resources are depleted and the mine closes, after about 50 years of operation, the release of billions of tons of highly toxic material and persistent chemicals into the watershed is still possible. The mining companies will leave but the waste they created will stay. Forever. A failure of the earthen dams built to contain the mine waste could decimate the fishery and destroy the watershed. Such a failure would ruin the local economy and force the Alaska Native tribes that call Bristol Bay home to abandon 10,000 years of subsistence use.

The commercial and sport fishing industries, so dependent on the healthy supply of salmon, generate nearly $1.5 billion revenue annually and creates at least 14,000 jobs. It seems unconscionable to trade wild salmon, a sustainable and annually renewable resource, for a few decades of copper and gold production.

The 85 percent of Alaskans that submitted comments to the EPA’s draft assessment favoring action to protect Bristol Bay had it right. Commercial fishermen, chefs, investors, grocery stores owners, jewelers and conservation organizations have all expressed their support as well. The evidence is overwhelming, and the opposition nearly total: Some places are too valuable to risk for short-term gain. Bristol Bay is one of those places.

Now that the final report is out, it falls on the shoulders of Gina McCarthy and the EPA to do the right thing. Anyone who appreciates wild salmon from Bristol Bay, or believes that this watershed and way of life should not be sacrificed for a copper and gold can add their voice to the multitude calling for EPA action to protect Bristol Bay, and spread the word on Twitter.

Amy Grondin is a commercial salmon fisherman based out of Port Townsend, WA. When not fishing on F/V Duna she works in commercial fisheries outreach and sustainable seafood consulting. Read more >