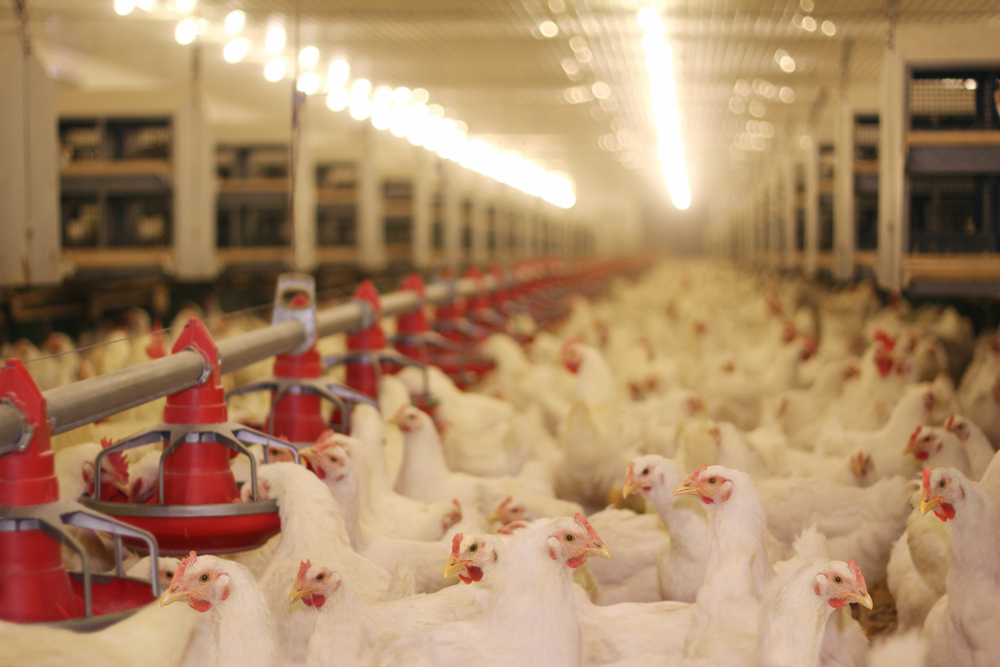 By Jonathan Kaplan
Antibiotics
Posted on: January 16, 2014  |  Leave a Comment

Foster Farms has been in the news lately because the company was linked to a Salmonella outbreak that sickened hundreds of people last year.  Last week a plant was closed after USDA found cockroaches and sanitation problems. They’ve been quick to make promises about doing better, but so far we haven’t heard any explicit pledges to prevent the further spread of antibiotic resistant bacteria.

That’s why NRDC and over 30 leading advocates for health, environment, animal welfare and consumer protection sent a joint letter to the chicken giant today requesting that the company disclose its use of antibiotics and pledge to avoid routine use of these drugs to raise its chickens.

While we don’t know much about antibiotics use at Foster Farms, many poultry producers administer antibiotics in feed or water to speed animal growth or help chickens survive crowded, stressful and unsanitary feedlot conditions–not to treat sick animals. This practice is known to breed antibiotic resistant bacteria that can spread in a variety of ways, including on the raw meat that is sold in supermarkets across the country.

A quick refresher on how we got here: As mentioned, Foster Farms was implicated by the Centers for Disease Control and Prevention (CDC) as the likely source of a Salmonella outbreak that sickened people in over 23 states as of December last year.  To date, 416 people have been officially counted by CDC as outbreak victims (nearly 40 percent were hospitalized) and it’s likely that hundreds or thousands more suffered without being officially counted.

Here’s the kicker: Four of five Foster Farms chicken samples collected in California were tested by CDC and found to contain Salmonella that were resistant to one or more antibiotics that are commonly prescribed for people; more than half of the Salmonella samples taken from outbreak patients were also drug resistant.

CDC and other health leaders have sounded the alarm over rising rates of antibiotic resistance in human medicine.  More and more, doctors are finding that the drugs that used to work to treat infections, are now failing.   The problem is caused by over-use of antibiotics by both humans and food animals.  Approximately 80 percent of all antibiotics sold in the U.S. are intended for cows, pigs, chickens and other livestock. We can’t solve this problem unless doctors, patients and the livestock industry are all part of the solution.

We don’t know how often or how much Foster Farms uses antibiotics, but CEO Ron Foster reportedly told the San Francisco Chronicle that without antibiotics, his birds would get sick or die. The company’s Web site admits that antibiotics are used, but provides no information on the key questions of which drugs, the amounts, how often and for what purpose.

USDA issued a warning letter to Foster Farms in October over the Salmonella outbreak and last Wednesday it shut down a Foster Farms plant on account of cockroaches and “findings of egregious insanitary conditions.” Yet no regulatory agency, as far as we know, has sought to identify practices at Foster Farms that might have caused the Salmonella to become antibiotic resistant.

Chicken producers that don’t rely on routine use of antibiotics use other methods to keep their birds well, such as maintaining clean, healthy living conditions in the chicken houses and employing best practices that strengthen the birds and prevent diseases from occurring in the first place. Surely Foster Farms customers would like to know that its chickens do not need routine antibiotics to stay healthy.

We all would like to know that Foster Farms is not breeding antibiotic resistant bacteria and spreading them on its chicken. By disclosing the company’s use of antibiotics and committing to antibiotic stewardship, as requested by so many public interest organizations today, Foster Farms can be a leader in protecting the life-saving drugs we need for our families and communities.