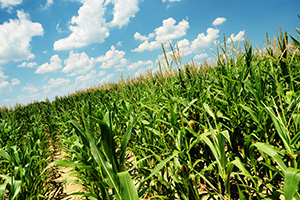 Earlier this month, USDA welcomed in the new year by presenting Dow AgroSciences with a bountiful gift: A virtual green light for the pesticide company’s new genetically engineered (GE) corn and soybean seeds. These crops are designed specifically to be used with Dow’s infamous herbicide, 2,4-D.

Dow has been waiting two years for the go-ahead from USDA to start marketing its 2,4-D-resistant corn and soy. And it now appears the corporation will get what it wants, despite strong opposition from farmers, healthcare professionals, and concerned communities across the country.

Agricultural scientists warn that introduction of 2,4-D resistant crops is a very bad idea, and could lead to as much as a 25-fold surge in 2,4-D use across the country over the next six years. This would result in severe damage to vulnerable crops, loss of farm businesses, and harm to rural communities’ health.

Still, prospects for agency support have always looked promising to companies like Dow and Monsanto, and USDA approved a whopping nine new GE seeds in 2013 alone. But to date, nearly half a million Americans—including outraged farmers, sustainable agriculture, local food and environmental advocates, concerned doctors, and public health professionals—have voiced their strong concern about the possible approval of 2,4-D seeds.

Surprised perhaps by the vehement public opposition, USDA acknowledged last year that these 2,4-D crops could in fact cause “significant environmental harm,” and agreed to prepare a full Environmental Impact Statement (EIS). But in the draft EIS just released, USDA simply shrugged away all of the public’s concerns and announced its intention to approve both of Dow’s 2,4-D resistant crops.

A growing number of family farmers oppose Dow’s 2,4-D seeds. Fruit and vegetable growers in particular have been warning USDA that their crops are extremely vulnerable to damage from pesticide drift, specifically naming 2,4-D and its close cousin dicamba. (Monsanto has developed dicamba-resistant cotton and soybean varieties, also pending USDA approval. Like 2,4-D, dicamba easily drifts off-target and is highly toxic to many plants.)

Farmers have already lost thousands of acres of crops, and much more than that in dollars, due to 2,4-D and dicamba drift. In one incident in California, a single 2,4-D application resulted in the herbicide drifting over a hundred miles, destroying a pomegranate orchard and 15,000 acres of cotton.

Not only are organic farmers worried about direct crop damage from 2,4-D and dicamba drift, but they could also face loss of organic certification. And rural families are worried about their children’s health, as numerous health studies have established links between 2,4-D exposure and birth defects, hormone disruption, and cancers like non-Hodgkin’s lymphoma.

While Dow claims it has developed a new formulation of 2,4-D that will not drift as easily as the cheaper older version, neither Dow nor USDA can ensure that farmers will actually buy and use the more expensive newer formulation. The drift problem remains a very real one.

Over the year, USDA has proven itself adept at dodging responsibility. And this is no exception. In its draft EIS, the agency carefully explained its rationale for preparing to approve 2,4-D-resistant corn and soy. Referring to the Plant Protection Act of 2000 while ignoring other relevant provisions, USDA argued that it’s required to approve any GE organism considered unlikely to pose a plant pest risk (that is, cause disease or damage to other plants).

This deliberately narrow approach virtually guarantees GE crop approvals, regardless of whether a GE seed has been designed to be used with a deadly herbicide—the increased use of which will have catastrophic effects on plants, people, and rural farming economies.

USDA also passed the buck to the U.S. Environmental Protection Agency (EPA), explaining that EPA has sole responsibility for approving the “new uses” of 2,4-D that will accompany commercialization of Dow’s 2,4-D seeds. In other words, not USDA’s job!

The lesson here? USDA’s determined head-in-the-sand approach when it comes to making important decisions about regulating GE crops is really messed up. There’s just no other way to say it.

Given the agency’s track record, I wasn’t all that surprised to see USDA dodge its responsibility. But as I dug deeper into the 200+ page EIS, my jaw dropped. In the final paragraph at the end of the executive summary, USDA seemed to go off the rails.

Apparently abandoning scientific rigor, USDA launched into a bizarre narrative that should the agency fail to approve Dow’s 2,4-D crops, then disaster would strike us down. In this story, farmers—who are indeed struggling to deal with the scourge of glyphosate-resistant weeds now blanketing over 60 million acres of farmland (a Monsanto-created catastrophe, by the way)—are “expected” to aggressively increase their tillage.

This in turn “could” cause increased erosion, negative impacts on soil quality, worsening air and water quality, release of greenhouse gases from burning fossil fuels, exacerbation of climate change and finally, threats to biodiversity. Wow. And to think, all this could happen if we don’t get 2,4-D crops in the ground ASAP!

Wondering what kind of evidence was supplied in the body of the EIS for such an alarming scenario, I turned to chapter 5 (p. 144-145). But only more hypothetical statements filled the pages—scenarios of what could or might happen if growers behave in certain ways.

In the end, having raised the alarm, USDA acknowledged it really didn’t have any way of predicting any of these outcomes after all. And what USDA completely failed to consider—in its doomsday scenario of farming without 2,4-D crops—is that an immensely rich realm of sustainable weed management options already exists. And these successful practices don’t rely heavily on either aggressive tillage or chemical herbicides at all.

Unlike what Dow and Monsanto would have us believe, ramping up the pesticide treadmill—relying on more use of ever more hazardous chemicals—is not the path forward. There are much better options.