Documentary Explores Restaurants and the Power of Conviviality | Civil Eats

Documentary Explores Restaurants and the Power of Conviviality 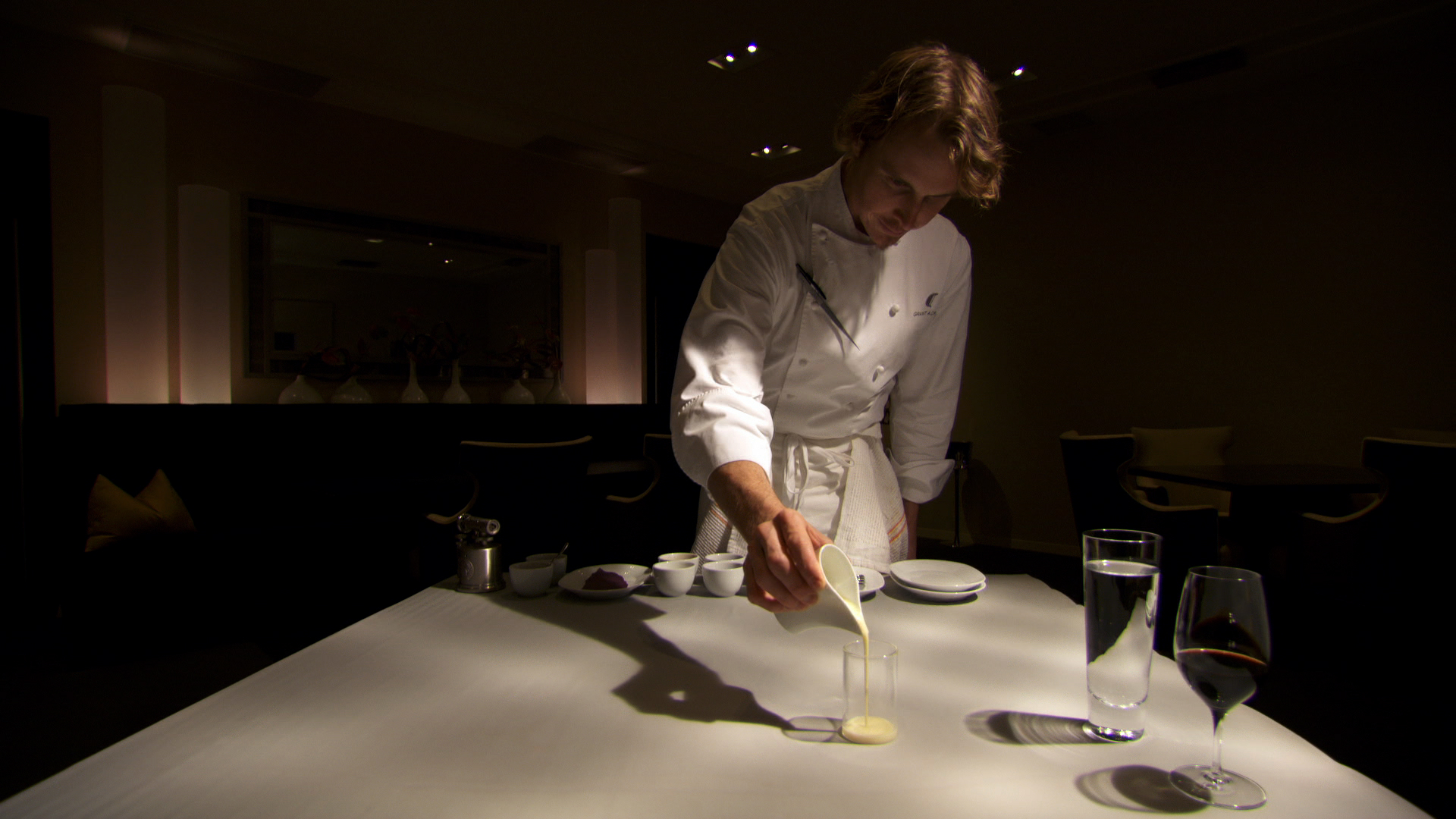 All restaurants, from the small-town diner to the Michelin 3-star, carry a touch of a mystique to them.  People who are not in the industry usually have fairly romanticized views of what it takes to create and operate a successful restaurant, and too often this leads to people saying “I love to cook at home, I should open a restaurant,” which is very much like saying “I have a driver’s license, I should race at Daytona.”

A new documentary, aptly named Spinning Plates, delves into the balancing acts behind three restaurants that at first blush seem to have nothing in common.  One is a world-famous, high-end, high-priced Chicago hotspot owned by a cancer survivor, where garnering a reservation (actually, they sell tickets) can take a year or more.  Another is a 6th-generation family diner in a flyspeck on the map called Balltown, Iowa (population 70) that can easily serve 2000 people in a weekend.  The third is a tiny taqueria in Tucson where an immigrant couple sees a restaurant as their source of the American Dream, and hopes it will help keep their home from foreclosure.

In the hyper-subjective world of restaurants, it can be at once simple and complicated to judge any one of these restaurants as “better” than the other two – they are so different from each other that comparisons would seem daft.  But in Spinning Plates, director Joseph Levy explores the one thread that connects all restaurants: conviviality – the bottom-of-the-soul belief in the power of gathering around a table to share a meal.

As a chef and restaurateur myself, I can easily identify with the elation and anxiety that a life in this business can bring.  Sadly I have not had to deal with the kind of positive stress that Chef Grant Achatz of Chicago’s Alinea experiences in the film while trying to garner that elusive third Michelin star.  But vicariously I can identify with the fear he experienced with a throat cancer diagnosis (my father fought the same cancer) and the obsessing over the prospect of a chef losing all sense of taste.  Yet to experience those two things at the same time, while it might seem extraordinary to an outsider, is just another of a million such stories in a foodservice industry where angst and euphoria are constant companions.

It would therefore be a comfort to know that the business you are running has been around for more than 150 years, that it’s been in the family for six generations, and that despite being located a couple of miles from nowhere it can easily turn a couple thousand covers in a weekend.  After all a sound and tested business model is a great source of security.  But when Breitbach’s Country Dining burned to the ground on Christmas Eve, 2007, owner Mike Breitbach learned that the strength of family and community, that intrinsic need to gather around the table with people you love and great food in front of you, is a strength that can carry you through almost everything; even rebuilding a restaurant your great-great-great grandfather built.

Having lived in Iowa for more than half my life, I know Breitbach’s well, and that Christmas Day I would wager there was not a home in the Hawkeye state where the fire was not a subject of prayer and conversation around the holiday table.

For a restaurateur, fire is one of the greatest fears, and despite how easily accidents can happen, almost always the question “was anyone hurt?” (no), is followed by the more lurid question, “was the fire set deliberately?” (Also, by the way, no).

In tiny Balltown, however, that gossipy second question was replaced with “What can we do to help?”  They wanted their de facto community center back so much they practically willed it back into existence.  Typical, I have to say, for Iowans.

For Francisco and Gabby Martinez, it was the food itself that came down through the generations.  Gabby learned to cook at her mother’s apron strings, and in the film, she prepares old family recipes under her mother’s watchful eye and with her own daughter underfoot at La Cocina de Gabby.  There truly are very few things that can bring as much joy as sharing something like this not only with your own family but also with the community at large.  Nothing else takes you home like food can.

All sentiment aside though, “food” is just the first word.  The second word is “business.”  It is a common misconception I have experienced many times: the belief that “they own a restaurant, they must be rich.”  It is a profession that can be riddled with glitz and glamor, even in the simplest of restaurants, and whole TV networks dedicated to the idea are no help, tending to make the industry out to be both a lot more and a lot less than it really is.  As the Martinez family learns as their home is threatened with foreclosure, the surest way to make a small fortune in the restaurant business is to start with a large fortune.