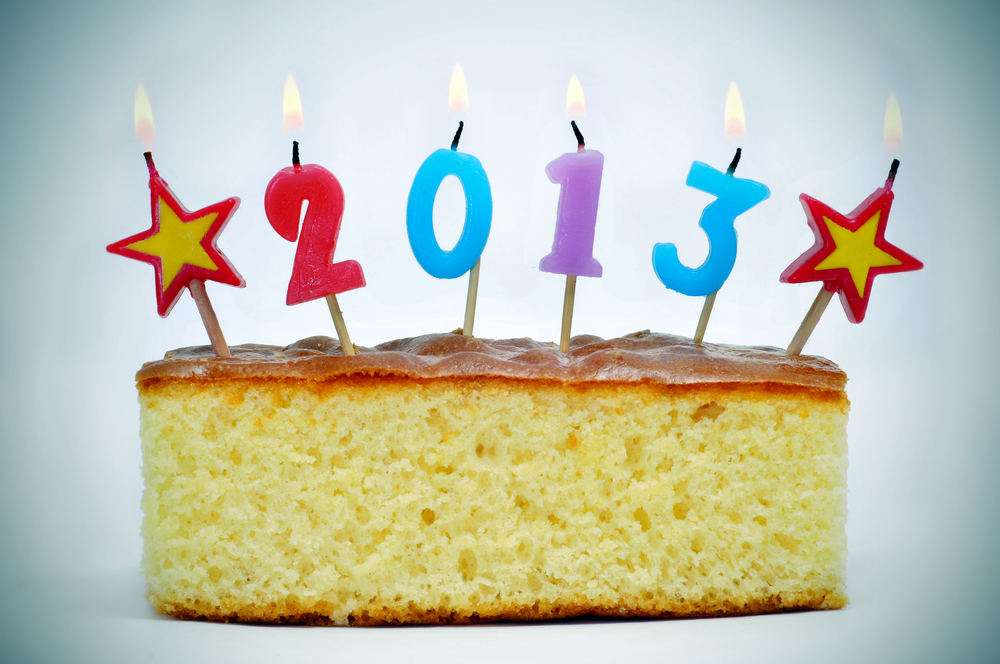 It’s almost the end of December, which means it’s time to look back at the year’s highlights and lowlights. In 2011, I opted for a straightforward chronological review of that year’s major food and nutrition issues. Last year, I took a more didactic approach, pointing out the lessons imparted by the year’s biggest food stories. This time around, I pay homage to high school yearbooks and take a look back at the year in food and nutrition via superlatives. Ladies and gentlemen, I present to you… the class of 2013.

“We don’t sell junk food.” Those words were uttered by McDonald’s CEO Don Thompson this past May at the fast food company’s annual shareholders meeting, in response to a nine-year-old girl who asked him why the Golden Arches markets junk food to children. Mr. Thompson’s answer was particularly strange–and disingenuous–considering that in 2010 alone, the fast food chain spent over $100 million marketing Happy Meals to children. McDonald’s really took healthwashing to heart this year, sending their Director of Nutrition–Registered Dietitian Dr. Cindy Goody–around the country to tout the company’s new “healthy” offerings (like egg white sandwiches cooked in trans fats) at various health conferences.

Runner-Up: “The one who is unwilling to work shall not eat.” That sound you heard was the bottom of the ideological barrel scraped by Tennessee GOP Congressman Stephen Fincher, who supported a rider on the farm bill that eliminated two million Americans from the Supplemental Nutrition Assistance Program and thought his best defense was to quote scripture (apparently, the answer to “WWJD?” is “propagate and worsen economic inequity”?).

In an important twist, the Environmental Working Group revealed that Mr. Fincher received $3.5 million in farm subsidies from 1999 to 2012. The food stamp cuts–“the largest wholesale cut in the program since Congress passed the first Food Stamps Act in 1964”— went into effect in November, resulting in 47 million Americans taking a hard economic hit. Despite year-round cries by some that food stamp fraud was rampant, others wisely pointed out that if fraud is a concern, we should turn our eyes to Wall Street.

Most Unabashed Display of Hubris/Chutzpah

In 2013, Coca-Cola desperately tried to deflect blame from health advocates. Who can forget this bizarre video from Spain which placed all the blame for health problems on physical inactivity (AKA: “drink all the soda you want, just make sure to walk it off!”)?

Back on this side of the Atlantic, Coca-Cola went for a more PR-friendly collaborative approach by “pledging” to fight obesity with a slick video campaign titled “Coming Together” (though it was described by many as ‘anti-obesity’, it was really more ‘pro Coca-Cola’). Mind you, these pledges and flowery promises came from the same company that actively trains restaurant staff to dissuade patrons from ordering tap water (and took down all evidence of said program after it was exposed, apparently forgetting that in a world of cached pages and Web page screenshots, nothing that is posted online ever truly disappears).

While Coca-Cola sees tap water as public enemy number one, it didn’t think twice about linking up with First Lady Michelle Obama’s “Drink Up” campaign (which, unfortunately, didn’t include a much-needed “drink less soda” message).

Runner-Up: A dishonorable mention goes to McDonald’s, which set the bar to a new low this year when it recommended that its employees make ends meet by getting a second job and turning off their heat. McDonald’s racked up so many cringeworthy moment this year that public health advocate Michele Simon wondered just how low the chain would go to disrespect its workers (spoiler: lower than low).

The food industry devotes plenty of resources to ensure its public image is as positive and clean as possible. Occasionally, though, the veneer is dropped–even if just for one second–and true intentions become visible. Such was the case this year when Sonya Soutus, Senior Vice President of Public Affairs & Communications at Coca-Cola North America Group tweeted the following on September 29:

“Lighten up, people! Have a Coke! Let the bubbles make you smile. Doing that just right now. Don’t let the boring police tell you otherwise.”

I’m not exactly sure who the “boring police” are, but I have a feeling it’s those who don’t fall for the soda industry’s attempts at deflecting blame, avoiding tough questions, and patronizing the general public.

“Boring police are so right… have a celery juice and go wild! Not…”

All facets of GMOs were big news this year. The initiative to label GMOs in Washington State (which did not pass after a final tally of 51 percent of voters in opposition and 49 percent in favor) was described by Attorney General Bob Ferguson as “the largest amount of money ever concealed in an election” after the Grocery Manufacturers Association did not disclose the donors behind its $7 million-plus donation against labeling efforts.

Other important moments this year included now-former-GMO-apologist Mark Lynas’ change of heart, controversy surrounding the retraction of the Séralini feeding-GMO-corn-to-rats study, Brazil possibly overturning a ban on Monsanto’s “terminator” seeds, and news of biotech’s secret plans to kill GMO labeling at the state level (FYI: as of now, Oregon is on deck for 2014, and Colorado may soon join). Undoubtedly, this is one issue that is just beginning to rev up.

Runner-Up: Big Food and Big Soda’s deceptive tactics and co-optation of science went mainstream this year. Public health lawyer Michele Simon’s report about the Academy of Nutrition and Dietetics’ Big Food ties made national headlines – and spawned the formation of Dietitians for Professional Integrity, an group that advocates for its professional organization to establish sponsorship guidelines and accept funding from more ethical and socially responsible companies.

Dr. Margaret Chan, Director-General of the World Health Organization addressed growing concerns about Big Food in her opening address at the Global Conference on Health Promotion speech this past June, and the 2013 Bellagio Declaration–drafted by renowned global health and nutrition experts–identified the food and beverage industry’s incessant lobbying against public health policy as a serious threat.

A huge public health victory could be in the cards for 2014–partially hydrogenated oils (artificial trans fats) may soon be a thing of the past if the Food & Drug Administration yanks their Generally Recognized as Safe status. Certainly long overdue for smart and progressive health advocates who raised the red flag about these unhealthy fats back in the 1970s and ‘80s (regrettably, these same visionaries were dismissed as “not understanding the science”).

Runner-Up: Connecticut was the first state to sign a GMO labeling law. Sort of.

Let’s wrap up this look back at 2013 by remembering just a small selection of the many great books that saw the light of day. When it came to an inside look at the world of processed foods, two journalists masterfully pulled back the curtain: Melanie Warner in Pandora’s Lunchbox and Michael Moss in Salt Sugar Fat. Food politics were front and center in Dr. Gyorgy Scrinis’–a lecturer in food and nutrition politics and policy in the Department of Agriculture and Food Systems in the Melbourne School of Land and Environmen–Nutritionism, and literally illustrated in Marion Nestle’s Eat, Drink, Vote.

The plight of restaurant workers was well-detailed in Saru Jayamaran’s Behind the Kitchen Door, while New York Times writer Mark Bittman made a solid case for eating a plant-based diet before 6 PM in VB6. In the textbook realm, Parke Wilde, Associate Professor at Tufts’ Friedman School of Nutrition Science and Policy, released Food Policy in the United States: An Introduction to much acclaim from his peers.

Okay, 2014, now it’s your turn. Impress us and give the “good food” movement something to cheer about, please!