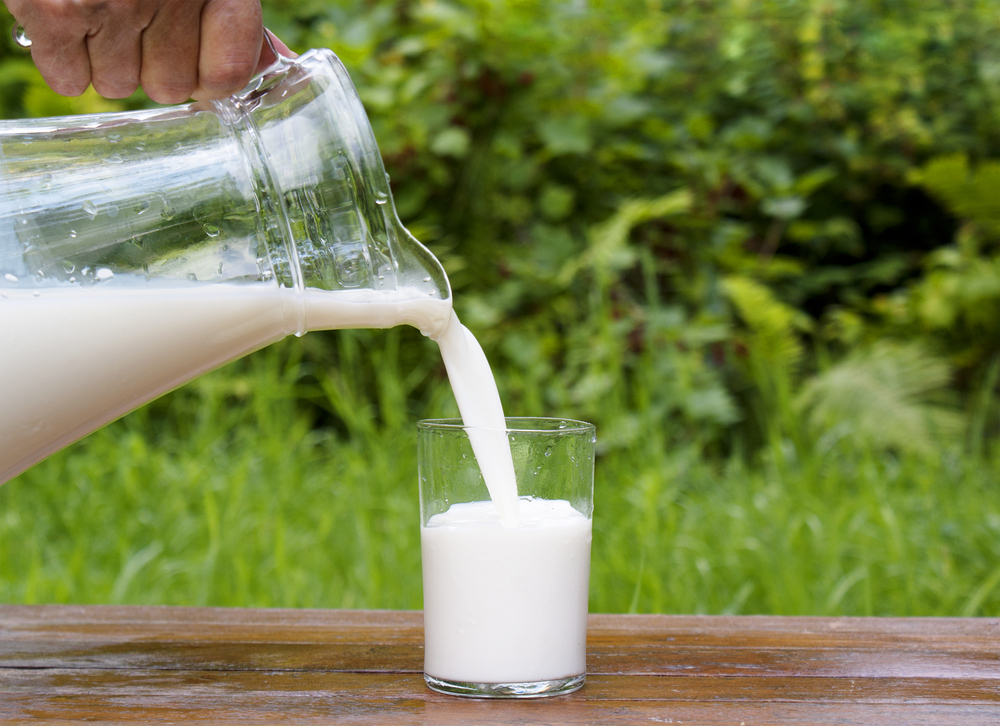 Remember that Stanford study last year that claimed organic foods were no more nutritious than their conventional counterparts? It made national headlines seeming to vindicate critics of organic farming practices and confirming to skeptics that organics are nothing more than a marketing scheme. I criticized that study when it appeared as did many others but it damaged the reputation of organic farming in the minds of many Americans.

It should come as no surprise that whole milk is healthier than low fat or fat free versions since these are not truly whole foods. The important vitamins found in milk, like A and D, are fat-soluble and therefore require fat to be absorbed and utilized by the body. And since omega-3s are indeed fatty acids, it’s not shocking to learn that whole fat versions of milk have more of them. According to Benbrook, the whole organic milk he studied contained 50 percent more omega-3 fatty acids than two percent milk and 66 percent more than one percent milk.

But the United States Department of Agriculture’s dietary guidelines have yet to catch up with the most recent science and still recommend low fat dairy products, as do many health advocates, dieticians, and nutritionists. The Mayo Clinic’s Web site lumps saturated fats in with trans-fats under the banner “harmful dietary fat.” (Given the recent news that the FDA is proposing a ban on trans fats perhaps this study will help to set the record straight.)

“A growing body of evidence supports the view that the quality and balance of different fats is important,” Benbrook wrote to me in an e-mail. “Our findings point to a commonsense path to improving the healthfulness of a person’s diet: Increasing intake of foods with a healthy balance of fatty acids, like dairy products, coupled with reductions in sources of fat with an unhealthy balance, in particular soybean and corn oil.”

The fat that Benbrook and his team isolated and found in abundance in whole, organic milk—omega-3 fatty acids—is present due to the cow’s diet of grass and other forage-based feed. By contrast, conventionally raised cows are fed a diet of grain—mostly corn and soy—which both contain high levels of omega-6 fatty acids.

Since most Americans rely on dairy and meat from conventionally raised animals (coupled with the heavy use of vegetable oils in processed foods), the levels of omega-6 fatty acids in our diets is often very high. Some estimates place the ratio of omega-6s to omega-3s in most Americans at 10 to one or 15 to one; ideally the ratio should be closer to two to one.

“There is a range of views on the utility of the omega-6/omega-3 ratio,” Benbrook told me. “But most scientists agree that excessive omega-6 intakes can cause problems and that omega-3 intakes are now lower than ideal in the typical American diet.”

Benbrook added that the ratio is so out of balance because of the huge increase in consumption of soybean and corn oil, which are found in fried foods, condiments, and baked goods. “These common plant-based oils are very high in omega-6s and contain little omega-3s,” he said.

This is problematic because Omega-6’s are inflammatory—their function in our bodies is, in part, to promote rigidity in the cell walls, aid in clotting, and create an inflammation response. These are important functions but can be harmful in excess. Omega-6s, tellingly, are also involved with fat storage.

Omega-3s on the other hand, are involved with cell permeability, metabolizing glucose (sugar) and calming inflammation. Researchers are finding more and more that inflammation is at the root of many of our modern chronic diseases, which makes the ratio between omega-6s and omega-3s so critically important.

Based on the study, Benbrook recommends that, “Consumers should seek out foods with a healthier balance of omega-6/omega-3 fatty acids, including full-fat dairy products, but also prevent increasing caloric intakes by avoiding foods with high levels of industrial trans fats and omega-6s.”

Importantly, it’s organic full fat dairy products that contain the most nutritional benefit since organically produced milk is often (but not always) pasture-based.

But not everyone is convinced that this means we should load up on dairy products. “I don’t think that this finding supports high dairy consumption,” Walter Willet, the chair of the department of nutrition at Harvard School of Public Health, wrote to me in an e-mail.  “There is much evidence that fats coming mainly from plant sources, which include both n-6 [Omega-6s] and n-3 [Omega-3s] fatty acids, will be better than a diet based primarily on dairy fat. The traditional Mediterranean diet provides an example of this; there is some dairy fat, but in low to modest amounts, and mostly yogurt and cheese.”

Dairy works well for some people and not for others—it’s highly individual. If you do incorporate dairy products in your diet, two things are clear: It should be full fat and organic for maximum nutritional benefit. Once again that old maxim holds true: Eat only real, whole foods.

This latest study is a nice rebuttal to that Stanford study, and points to the fact that a large part of considering foods real and whole has to do with how those foods are produced—after all, cows loaded with corn and soy and confined to feedlots hardly represents a natural system capable of producing healthful results.