The Welcome Table: A Fresh Look at the Restaurant Industry | Civil Eats

The Welcome Table: A Fresh Look at the Restaurant Industry 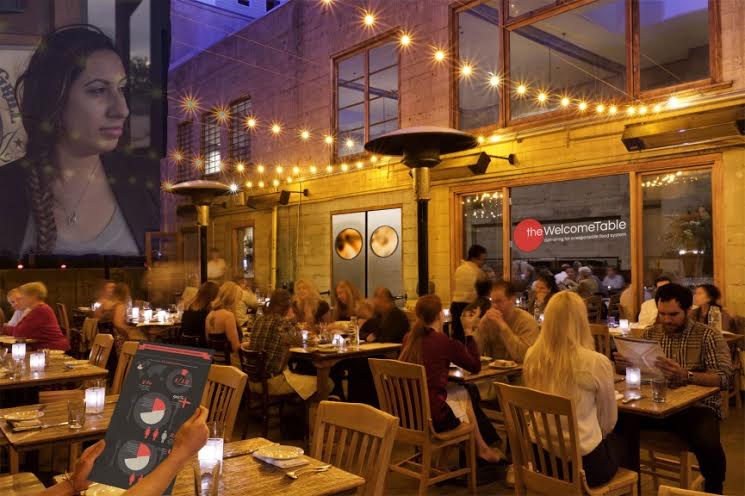 The growth and influence of the food movement are undeniable. Take, for example, the proliferation of farmers’ markets and community supported agriculture, or the 4,500 events that took place across all 50 states on this year’s Food Day. These are just some of the testaments to the power of everyday eaters expressing their food beliefs. The list of qualifiers we now eagerly attach to our meals has exploded—we want food that’s local, organic, sustainable, fair trade, healthy, vegan, macrobiotic. Yet, with all of the craze around food and its various product labels, something seems amiss.

When was the last time you sat down to a meal and thought about the people behind your food? And I’m not just talking about farmers and fisherfolks, of which there are too few (a special shout-out to SAAFON and Food Sovereignty Prize winners). I’m talking about people like Nakima, a server and single mother of three who is living off tips and struggles to find childcare. Nakima is one of the oft-invisibilized 20 million people who work in our modern day food value chain, doing anything from picking conventional tomatoes to serving you dinner at that locavore spot you love.  Half of these people—10 million of them—are the chefs, cooks, dishwashers, hosts, barbacks, bartenders, runners, servers, porters, and general managers who form the backbone of the restaurant industry. That’s nearly one in 12 people in the entire U.S. workforce.

So how have we, as a collective food movement, overlooked the restaurant industry as a potential site of change? Up until the Fast Food Forward worker strikes, which began late last year and gained national attention this summer, and Saru Jayaraman’s whirlwind national tour to promote her book Behind the Kitchen Door, many of us–including myself–did not have the restaurant industry, let alone its employment practices, on our radars. This is true even though the average adult in the US eats out four to five times a week and millions of us have worked in the industry ourselves.

In reality, yet unbeknownst to many, the restaurant industry is a major component of the food system. It boasts 980,000 restaurants and pulls in over $660 billion a year, accounting for four percent of the US GDP.  It is the fastest growing industry in the private sector and the only one that continued to grow during the recession years. Moreover, as a nation, we spend 47 percent of our food budget—approximately $1,150 per person annually—dining out.

Given that the restaurant industry captures nearly half of our food dollars and provides half of all food chain value jobs, a deepened understanding of what’s really going on behind the kitchen door and on the dining room floor is critical for the food movement and its evolution.

By joining The Welcome Table, ethical eaters can get a peek behind the kitchen door, past the beautifully plated entrees to the reality of most of the industry’s unsustainable and unfair employment practices. For example, did you know that:

In addition to pairing industry statistics with beautiful portraits of restaurant workers (produced by Danny Glover’s Louverture Films), The Welcome Table’s online portal provides a platform for eaters-turned-food-revolutionaries to take action. We believe that eaters can change the food system not only by voting with our dollars but also by engaging with legislation. We envision a nation of people eating together and having fun while supporting High Road restaurants and policies.

By attempting to bring the restaurant industry into the focus of the food movement and eaters everywhere, The Welcome Table is both revolutionary and elementary. As food movement people, we enjoy our food when we know that it was grown sustainably or raised with care. We enjoy it when our food tells a story and reflects our culture and place-based history.

Let’s also recognize that food is more enjoyable when the people who work to feed us, up to and including the servers who bring out our food and the bussers and dishwashers who clean up afterward, are treated with dignity, compensated fairly, and can themselves enjoy the pleasures of good food.

Hnin sees food/sustainability as inextricably tied to questions of liberation, democracy, queerness, and joy. She has mused about food justice on Grist and Colorlines. Currently, as ROC United’s National Welcome Table Coordinator, she is developing a national network of restaurateurs, workers, and ethical eaters for a more responsible food system. Hnin also serves as the Board Chair for CoFED, a national training program for college students at 2- and 4-year institutions to start sustainable food coops. She lives in Brooklyn, NY. Read more >