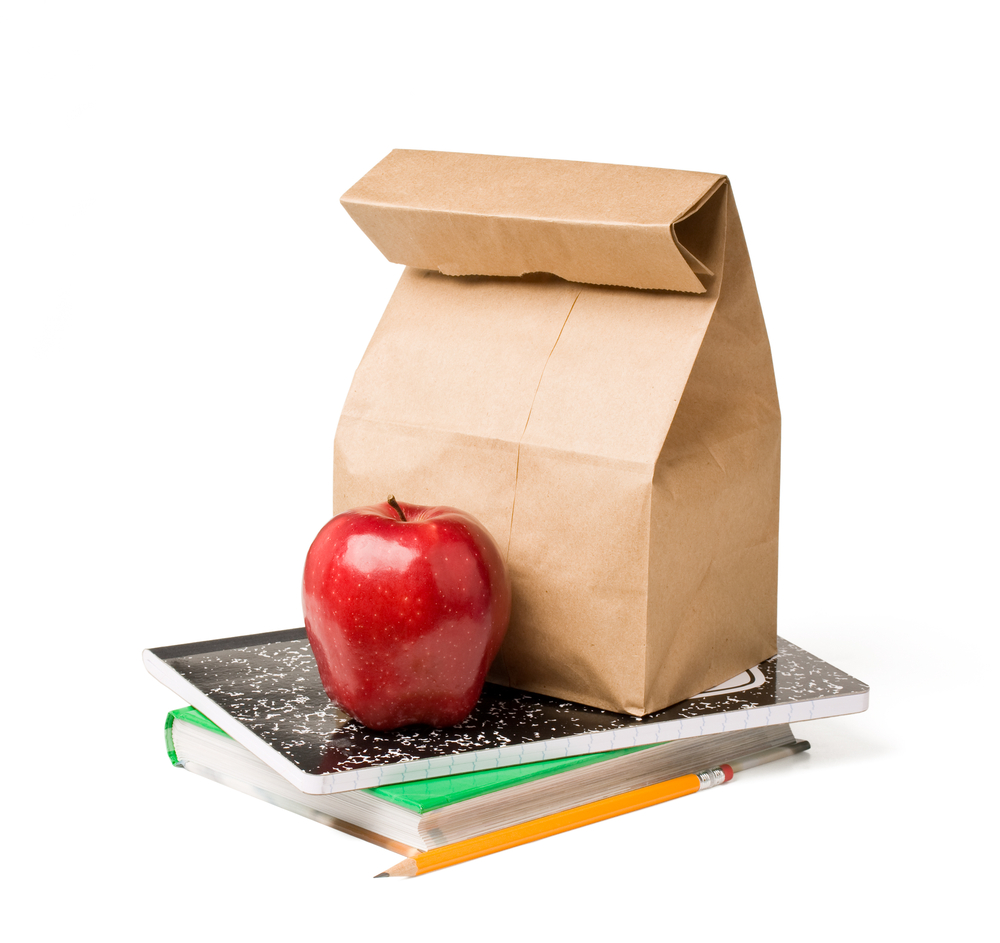 A few weeks ago, the Internet was buzzing over news reports that an elementary school in Richmond, VA—allegedly in accordance with federal law–is requiring parents to obtain a doctor’s note if they want to send a home-packed lunch to school with their child. Then, this week, Dr. Yoni Freedhoff reported on his Weighty Matters blog that a Canadian mother was fined $10 under Manitoba’s Early Learning and Child Care lunch regulations for failing to include a grain product in her child’s home-packed lunch of  ”leftover homemade roast beef and potatoes, carrots, an orange and some milk.”  (The child was supplied with less-than-nutritious Ritz crackers by the school.)  Both of these stories have gone viral, if my own Facebook feed is any measure.

These two incidents were reminiscent of other, similar stories I’ve reported on in the past: In 2011, a Chicago school principal at the Little Village Academy placed an outright ban on home-packed lunches, setting off a barrage of criticism, and in 2012 there were widespread reports that a North Carolina “state inspector” had forced a child to give up her packed lunch of a turkey and cheese sandwich, banana, potato chips, and apple juice because the meal did not meet USDA guidelines; instead the child was forced to take the school lunch of chicken nuggets.

Let me say up front that if my own kids’ home-packed lunches were inspected by a school or government official, I’d be quite ticked off.  (Not to mention, on some very rushed mornings in the TLT house, deeply, deeply embarrassed.) But, at the same time, these sorts of incidents just don’t fill me with the horror or outrage that so many have expressed in the blogosphere.  Here’s why.

First, as I’ve learned from experience, the media can often get their facts wrong in covering these instantly-sensational news stories.  For example, if you’d read conservative pundit Michelle Malkin’s account of the Little Village Academy incident, you could easily have believed that the packed-lunch ban extended throughout the city of Chicago–and you certainly would never have known that the Little Village principal reportedly retracted her controversial edict just one week later.

Similarly, as I shared with you in 2012, an intrepid blogger dug deeper into the alleged “forced chicken nugget swap” and found credible evidence that the story was seriously misreported.  He concluded that:

Someone at the school, whether a teacher, cafeteria worker, or a state program advisor (it’s still unclear which, though the first two seem much more likely if you’ve ever seen lunch time at a day care center) observed that the child lacked milk and suggested she go through the line to get some if she wanted it.  The child then mistakenly believed that going through the line meant she had to get an entirely new lunch.

And the most recent “doctor’s note” incident mentioned above?  According to contributors to the Skeptics Stack Exchange, one of whom actually corresponded with Virginia state officials, there is no “federal law” (as had been reported in the media) which mandates this practice.  Rather, the individual investigating the incident concluded:

I think it’s very safe to say this is a (misinterpreted) rule of the facility and staff of this Head Start preschool, rather than a broad requirement/law by the federal government as many of these blogs are implying.

But even when the facts are correctly stated, as I’m assuming was the case with the Manitoba Ritz crackers (for which Dr. Freedhoff actually posts a screen shot of the school’s note to the parent), it’s important to reflect for a moment why schools might be peering into kids lunch boxes.

Underlying all of these incidents—no matter how misguided the particular actions of school personnel —  is a laudable desire to ensure that kids, especially economically vulnerable kids, get a decent meal at school.  In the case of the chicken nuggets, for example, the school in question specifically served at-risk pre-school students and was required to ensure that meals meet federal nutrition guidelines by supplementing home-packed meals that were nutritionally deficient.

In the case of Chicago’s Little Village Academy, a full 99 percent of the students qualify for free and reduced price lunches and, according to a Chicago Tribune report at the time, the principal said “she created the policy six years ago after watching students bring ‘bottles of soda and flaming hot chips’ on field trips for their lunch.”

Moreover, as Dr. Joyce Slater, a guest blogger on Weighty Matters, later pointed out with respect to the Ritz crackers incident, daycare workers are often greatly overburdened and undereducated when it comes to making the decisions required of them under Manitoba’s well-meaning nutrition policies.  The same could likely be said of the Head Start and pre-school teachers in the doctor’s note and nuggets stories as well, with respect to our own state and federal nutrition guidelines for those programs.

But what really upsets me when these stories go viral is how they’re gleefully pounced upon by right wing pundits—not just as proof of Nanny State over-reach (which arguably they are), but as justification for undermining all federal child nutrition programs.

For example, Michele Malkin, writing for the National Review Online, worked the Little Village Academy story into a larger, angry screed against the Healthy Hunger-Free Kids Act (HHKA), the 2010 federal legislation which provided a sorely needed overhaul to school meals.  In the Obama administration’s support for that law, she saw a nefarious plot to increase donations from organized labor to Obama’s reelection campaign:

The unwritten mantra driving Mrs. Obama’s federal school-lunch meddling and expansion is: “Cede the children, feed the state.” And the biggest beneficiaries of her efforts over the past three years have been her husband’s deep-pocketed pals at the Service Employees International Union. . . .

Big Government programs “for the children” are never about the children. If they were, you wouldn’t see Chicago public-school officials banning students from bringing home-packed meals made by their own parents.

Rush Limbaugh similarly used the chicken nugget incident to take a swipe at the HHKA’s improved school meal standards by erroneously attributing the “inspection” to “federal agents,” and by linking the incident to the First Lady, one of the HHKA’s most vocal supporters:

Do you believe this? I do! The food Nazis — and, by the way, this is Michelle (My Belle)’s program: No Child’s Behind Left Alone. . . .  I’ll tell you what, this is all coming from Michelle Obama.

And the Virginia school’s doctor’s note requirement has also been erroneously attributed in some conservative quarters to the HHKA, which contains no such provision.

Let me state again that, like most of my readers, I find the notion of school officials rifling through my kids’ lunches abhorrent. And I also recognize that you don’t have to be a political conservative to object to these incidents; they’ve also been used as fodder for arguing against GMOs (contained in those Ritz crackers) and against the inextricable links between agribusiness and the federal school meals program, among other issues often raised by the political left.

But to the degree these isolated cases of bureaucratic overreach cloud the bigger picture, all I ask is that we step back for a minute and remember some key facts.  Over 16 million American kids are presently food-insecure.  Over 31 million children rely on the National School Lunch program for needed nutrition, and most of them live sufficiently close to the poverty line that they qualify for free lunches or meals offered at a reduced prices.

These are not kids, by and large, who would otherwise come to school with a well-balanced, home-packed lunch. So if federal nutrition programs are imperfectly administered, and even imperfectly conceived in many ways, they’re also critically important to kids in need.

A few screw-ups here and there seem like a small price to pay to keep millions of kids from going hungry.

Originally published on The Lunch Tray