What Does a Post-Antibiotic Era Look Like? | Civil Eats 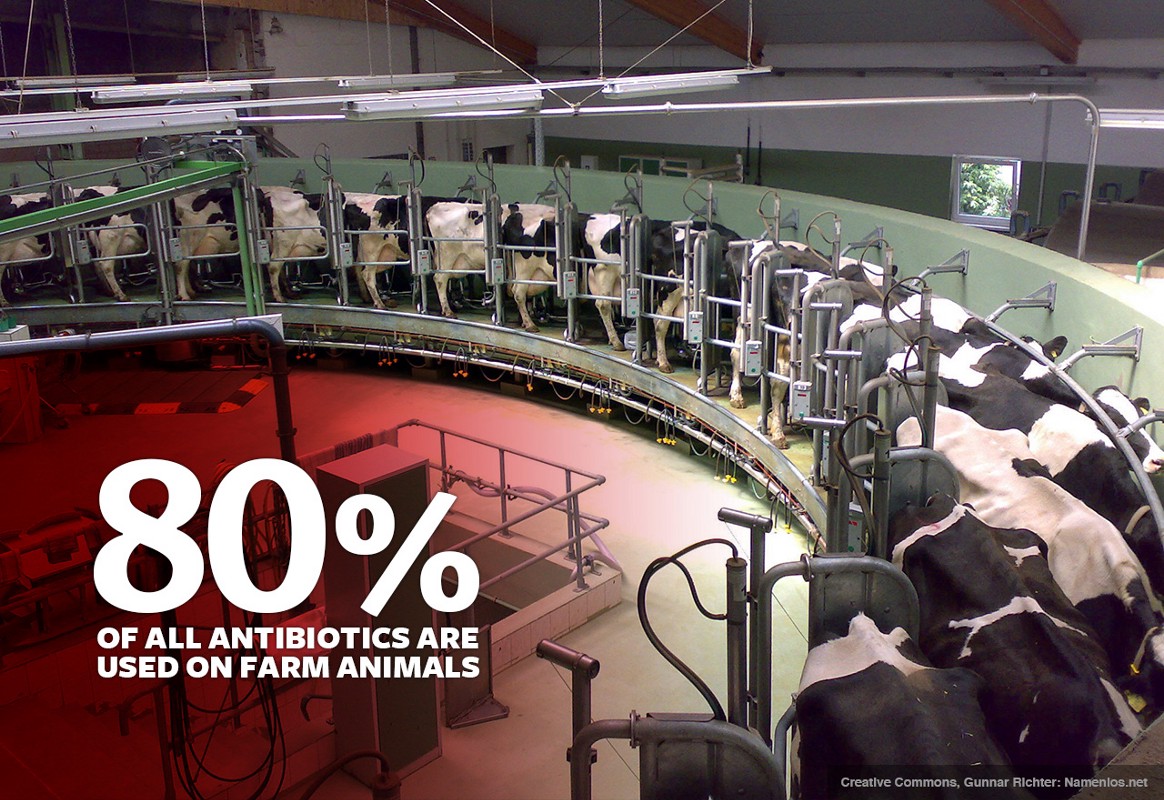 Antibiotics are becoming dangerously impotent, resulting in two million infections and 23,000 deaths each year, according to the U.S. Centers for Disease Control and Prevention (CDC). But what happens when we lose these drugs altogether? Reporter Maryn McKenna explores the dramatic implications of that question for the Food & Environment Reporting Network (FERN) in its first collaboration with Medium.com in a piece out today called “Imagining the Post-antibiotics Future.”

“Before antibiotics, five women died out of every 1,000 who gave birth. One out of nine people who got a skin infection died, even from something as simple as a scrape or an insect bite. Three out of ten people who contracted pneumonia died from it,” writes McKenna. “Ear infections caused deafness; sore throats resulted in heart failure.”

In the story, McKenna explores the story of her great uncle who died in 1938 of an infection following a scrape he received while working as a firefighter. If this had occurred only five years later, he could have been cured in a matter of hours with penicillin. Instead, the 30-year-old newlywed died.

Unfortunately, cases like this might once again become more common. “If we’re not careful, we will soon be in a post-antibiotic era,” Dr. Thomas Frieden, the director of the CDC, told McKenna. “For some patients and some microbes, we are already there.”

Many hospitals are already taking precautions, flagging patients who arrive with infections. But as bacteria become more resistant and infections more dangerous, the healthcare industry will be less willing to take risks. Many procedures that are now routine–organ transplants, cancer treatment, hip replacements, treatment for rheumatoid arthritis, surgery and intensive care medicine–would become untenable without antibiotics.

McKenna also explores the livestock industry, which currently accounts for 80 percent of all antibiotic use. “A growing body of scientific research links antibiotic use in animals to the emergence of antibiotic-resistant bacteria: in the animals’ own guts, in the manure that farmers use on crops or store on their land, and in human illnesses as well,” reports McKenna. “Resistant bacteria move from animals to humans in groundwater and dust, on flies, and in the meat those animals get turned into.”

“Yet a post-antibiotic era imperils agriculture as much as it does medicine,” reveals McKenna. “If antibiotics became useless, then animals would suffer: Individual illnesses could not be treated, and if the crowded conditions in which most meat animals are raised were not changed, more diseases would spread.”

While the U.S. moves toward a future without antibiotics, government edicts in Denmark, Norway, and the Netherlands to lower antibiotic use in healthcare and agriculture have resulted in a slowing of resistant infections.

While McKenna points to a number of solutions available in the U.S., she points out that all the measures tried thus far have proven insignificant. For dramatic results, “the prospect of a post-antibiotic era has to be taken seriously, and those staring down the trend say that still seems unlikely,” she writes.

You can read the story here at Medium.com, or here on FERN’s Web site, which includes an exclusive infographic.