How a Family Farm Brought Me Closer To My Own 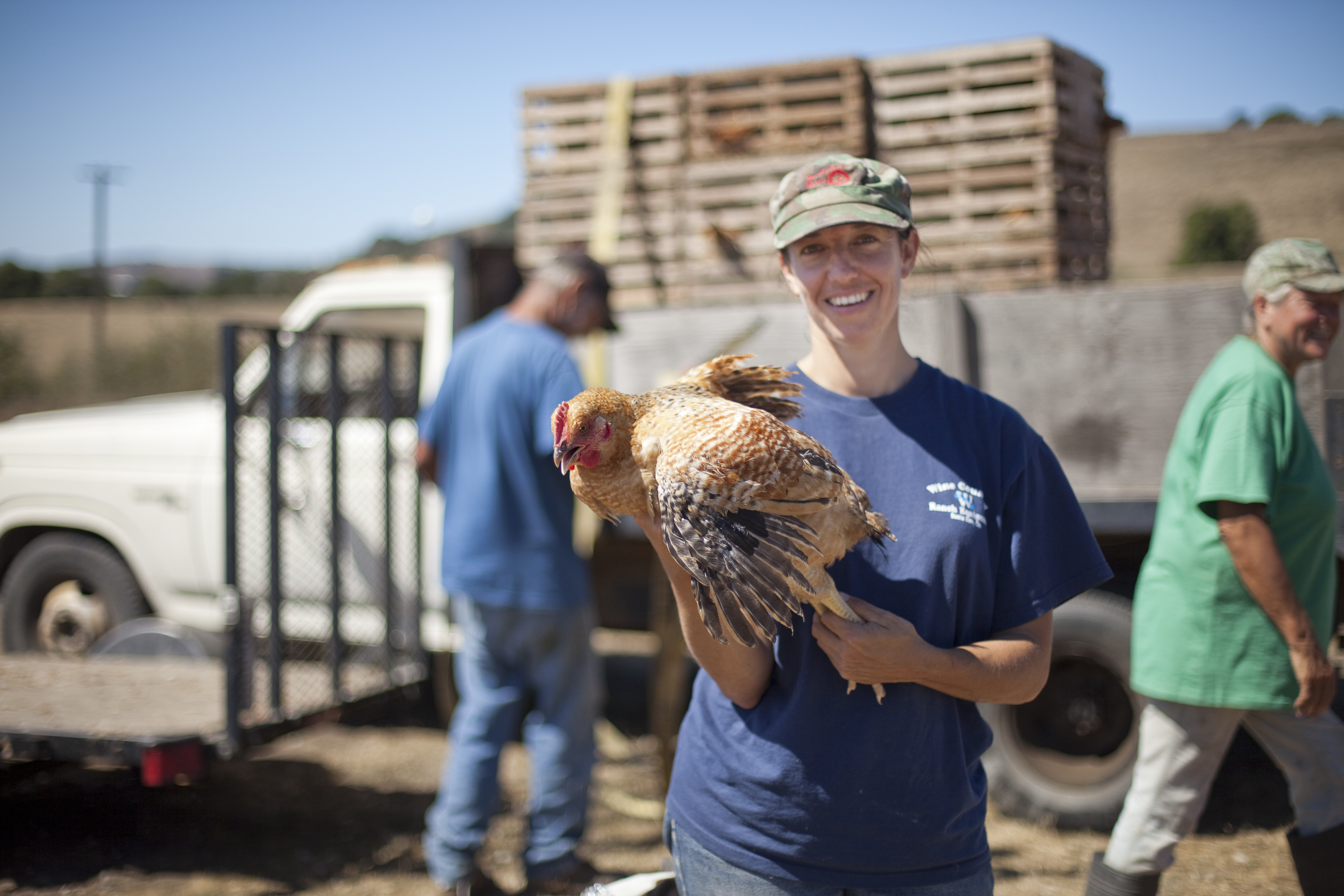 When I first met Nancy and Cindy Prebilich–two sisters in Northern California struggling to hold onto their 5th-generation family ranch after the sudden death of their parents–their story inspired me because it reminded me so much of my mom. When I was a kid, my mom would tell me stories about her own mother and her grandparents, who came from Norway in the 1860s to farm in Badger, Iowa, a small town of 300.

My mother’s family grew corn and made their food from scratch and the chickens and pigs they raised were the ones they ate. After my mother passed away in 2002, there was no longer a way for me to ask her what day to day life was like growing up in a small farming community. Within a few weeks of meeting Nancy, Cindy, and their family, I began shooting Gleason Ranch: Risking Everything, a documentary that tells their story and illustrates the many complexities of farming.

When I first began this project, I simply wanted a sense of the overall experience of working on a family farm.  As time passed, the film has become something much bigger and much more personal.

Nearly every time I filmed the family on the ranch, something dramatic happened. On the first day of shooting, I was nearly run over by their chicken truck when a chicken got stuck under the brake pedal and the truck suddenly lunged forward. It was a close call. Another time, when the family was trying to herd a mother pig and her piglets, one of the baby pigs began to squeal, and the mother pig became aggressive toward Nancy’s mom.

The emotional intensity of the Prebiliches’ work and family relationships, as well as the unpredictability of what would happen from one moment to the next, was like going back in time and experiencing what my mom might have experienced in her childhood. Early during the shoot, I went to Badger with my uncle and sister to see where my family had lived. Even though my family didn’t live in Iowa anymore, I could imagine the life they led there, much in part to the experiences I had had with Nancy and Cindy at Gleason Ranch. This trip reaffirmed my commitment to tell their story as it unfolded.

A lot has changed at Gleason Ranch since I began filming four years ago. Death is never something we can predict and Nancy and Cindy learned that the hard way when—in the span of 6 months—both of their parents suddenly passed. The pain I witnessed forced me to ask what it means to hold onto your heritage and your way of life as you watch your closest family members slip away.

The Prebilich family has taught me a lot during the time I have known them. First and foremost, farming is incredibly hard work. It’s emotionally taxing and disaster can strike at any moment. And while farming is hard work, so is keeping a family together under the tremendous pressure of such heavy loss and difficult circumstances. There’s risk at every turn and the knowledge of how tenuous farm life can be has been eye-opening for me.

At the same time, there has been an overwhelming sense of accomplishment, satisfaction, and camaraderie within the family throughout the adversity and struggle. It’s been nothing short of inspiring to see how much they’ve been willing to do to keep their land and provide for their community.

Please support our Indiegogo campaign to secure the funds to finish this film; we have just one week to raise the rest of our funds. The Gleason’s story has move me dearly and I’d love to share it with you.

Morgan Schmidt-Feng, the founder of Filmsight Productions, is an award-winning filmmaker with two decades of creative production experience on documentaries, television, and independent feature films. Filmsight Productions won the 2011 regional Emmy® for Best Documentary for The Next Frontier, a feature length television documentary on solutions for climate change. His feature films and documentaries have screened at numerous film festivals in the U.S. and abroad, such as Sundance, New Directors/New Films NY, the Berlin International Film Festival, and the Mill Valley Film Festival. Morgan holds a degree in Film/Video and Performance from the California College of Art. Read more >