Is Monsanto’s GMO Sweet Corn a Flop in the U.S.? | Civil Eats

Is Monsanto’s GMO Sweet Corn a Flop in the U.S.? 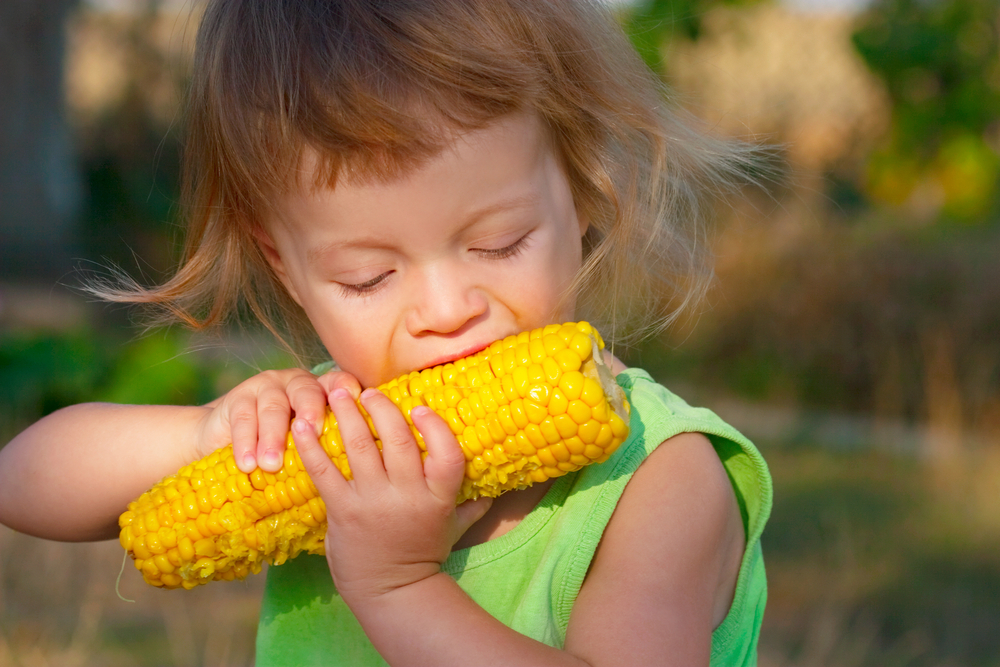 As we were roasting sweet corn on our barbecue grills last summer, we wanted to know: Was this the same corn on the cob we’ve been eating all our lives or was it a new type of corn genetically engineered by Monsanto to contain an insecticide and resist weed killing chemicals?

Until now, Monsanto’s genetically modified organisms (GMO) have been commodity crops for processed food and animal feed. Very few GMO “whole” foods are on store shelves–just papaya from Hawaii and a little bit of squash. While Syngenta has offered GMO sweet corn for about a decade, most farmers have opted not to grow it.

But the DNA of sweet corn may be changing. In 2011, Monsanto began selling seeds for its first consumer-oriented vegetable product, a “stacked trait” sweet corn genetically engineered with three Bt-toxin genes that make the corn itself an insecticide, plus a “Roundup Ready” gene that enables the corn to withstand Monsanto’s herbicide glyphosate. Yum.

Monsanto called the new GMO corn Seminis® Performance Series™ and it comes in three varieties: Passion II, Obsession II, and Temptation II. (See for yourself in this marketing brochure. You couldn’t make this stuff up.)

We wanted to know: How far had Monsanto’s new GMO sweet corn penetrated the market by the 2013 corn-eating season? There was only one way to try to figure it out.

Up to Our Ears in Sweet Corn

Between June and September of 2013, Friends of the Earth worked with volunteers to gather 71 samples of fresh, frozen, and canned non-organic sweet corn from eight regions across the country: Washington State, California, Oregon, Illinois, Vermont, Massachusetts, Colorado, and Washington, D.C.

We tested the corn using a highly sensitive strip-testing method designed to detect the presence of the Cry1Ab proteins expressed in genetically modified corn plant tissue, both the Monsanto and Syngenta varieties. We sent the positive samples to an accredited independent lab to confirm the corn as genetically engineered.

The results indicate: Most Americans probably didn’t eat unlabeled GMO sweet corn this summer, but some definitely did.  (See Friends of the Earth analysis here.)

Just 2.4 percent of the corn we tested–two samples out of 71–tested positive as genetically engineered.  Both were fresh corn on the cob products, which the lab confirmed to be Monsanto Seminis® Performance Series™ sweet corn.

So Where’s the GMO Corn?

If you bought sweet corn at Stop & Shop in Everett, Massachusetts, during the first week of August, or at City Market in Breckenridge, Colorado, in the third week of July, you bought Monsanto’s stacked-trait GMO sweet corn–without knowing it, since it’s not labeled as genetically engineered.

It’s possible we would have found GMO sweet corn at other Walmart stores, at other retailers, or in other states where we didn’t buy corn. This analysis is not definitive; it’s just a snapshot in time.

But a picture is emerging from this and other recent data points. “Monsanto’s genetically engineered sweet corn appears to be a flop in the United States,” said Lisa Archer, Food and Technology Program director at Friends of the Earth U.S. “Food companies here are starting to reject genetically engineered foods, and rightly so. They know their customers, particularly parents, are leery of unlabeled, poorly studied GMOs.”

While it may not be so popular in the U.S., there is one place you’d be more likely to find genetically engineered sweet corn on your dinner plate.

Is Monsanto Targeting the Canadian Market?

At the same time testing was underway in the U.S., and unbeknownst to the Friends of the Earth team, an environmental group in Canada was conducting a similar investigation to look for GMO sweet corn there.

Focusing on the Canadian market may make sense for Monsanto, given that the U.S. market is showing increasing signs of skittishness about GMOs.

As a few recent examples: Dozens of leading grocery chains have pledged to not sell genetically engineered salmon if it comes to market; McDonald’s and Gerber have said they don’t plan to sell a GMO apple that is pending approval; Whole Foods Market will require all GMO-containing foods in its stores to be labeled by 2018. When the restaurant chain Chipotle announced plans to phase out of GMOs, its stock prices went soaring.

All this is the result of consumer-pressure campaigns that are largely absent thus far in Canada. But one thing the two countries have in common: They’re two of the only places in the industrialized world where shoppers have to use lab equipment to find out if their sweet corn genetically engineered.

Friends of the Earth spent over $2,000 on laboratory analysis, testing kits, shipping, and packaging to find two positive samples of genetically engineered sweet corn in the U.S.

“Obviously it’s not possible for the average shopper to conduct such testing. Yet we have a right to know if the corn we’re feeding our kids has been genetically engineered to contain an insecticide,” said Lisa Archer. “Transparency is non-negotiable. We need labeling so we can track GMOs in our food supply, especially since new DNA-altered vegetable and meat products are in development and may be headed to our supermarkets soon.”