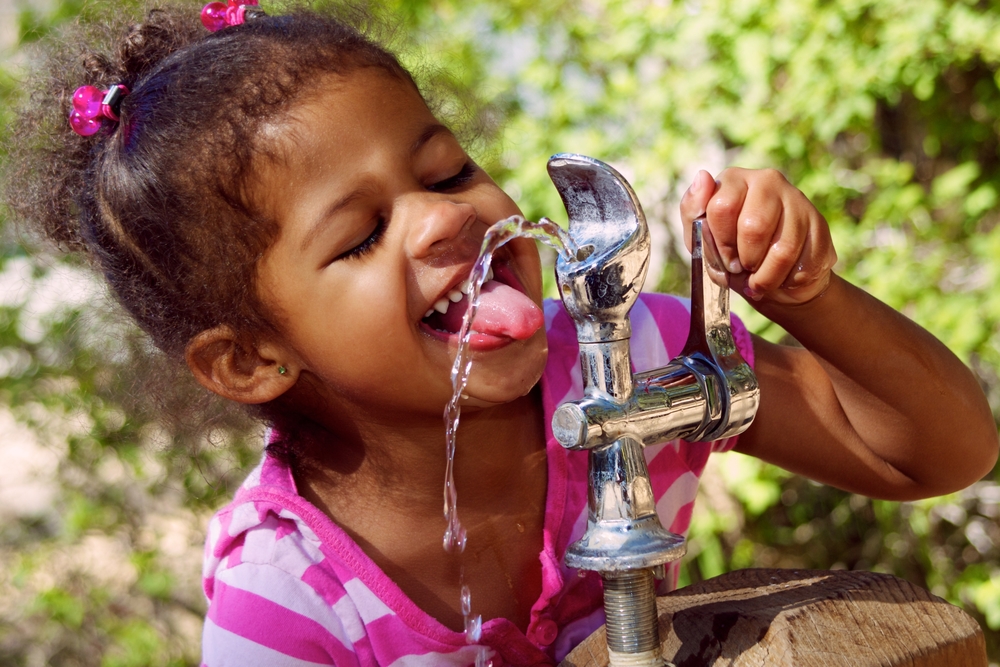 While public health advocates have sung the praises of tap water for years, Coca-Cola has been focusing on its own covert assault on the affordable, healthful, and refreshing beverage. Unbeknownst to many in the nutrition and public health world, the soft drink giant launched a  “Cap the Tap” program–aimed at restaurants–in 2010, described in the following manner on the Coke Solutions Web site:

Capture Lost Revenue By Turning Off the Tap.

Every time your business fills a cup or glass with tap water, it pours potential profits down the drain. The good news: Cap the Tap™–a program available through your Coca-Cola representative–changes these dynamics by teaching crew members or wait staff suggestive selling techniques to convert requests for tap water into orders for revenue-generating beverages.

Interestingly–and, most likely, strategically–information about the program is not as easy to come across online as the many health initiatives Coca-Cola eagerly announces with self-congratulatory press releases. “Cap the Tap” includes a manager’s guide, a backroom poster (which “educates crew and reminds them when and how to suggestively sell beverages”) and a participants’ guide, which “offers insights to help servers remember the facts and impact of suggestive selling.”

All this from a company with its own “Health and Wellness Institute” and whose CEO, Muhtar Kent, has gone on record to say, with a straight face no less, that “obesity is today’s most challenging health issue [and] it is a global societal problem which will take all of us working together and doing our part.”

It’s hard to understand how incentivizing restaurant employees to push empty calories on restaurant patrons fits into the “working together” model. Herein lies the inherent problem that accompanies “working with” Big Food; most health advocates’ suggested changes and policies pose a threat to its profits.

Interestingly, “Cap the Tap” is just one of a few similar campaigns. Pen Williamson, a graphic designer and illustrator who did some work for Coca-Cola while at creative agency BFG Communications, has posted design templates of different campaigns he helped design, including “Cap the Tap,” “Get Your Fill,” and “Suggest More and Score.” (The latter two were also “suggestive selling” campaigns that tried to get restaurant waitstaff to compete to see who could essentially push the most Coca-Cola products; alas, they no longer appear on the Coke Solutions Web site).

It’s no wonder Coca-Cola was so willing to join the First Lady’s “Drink Up” campaign, which recommended that Americans drink more water (sadly not “less soda” though), but did not specify or prioritize tap water.

It should not come as a surprise that the food and beverage industry will do whatever it can to maximize profits. However, a significant problem arises when this sort of campaign is created by a company that talks about its “commitments” to health and enjoys positive publicity from its partnerships with (or support of) health organizations, including the Academy of Nutrition and Dietetics, the American Society of Nutrition, and The Obesity Society.

“Cap the Tap” is a perfect example of the doublespeak that Big Food and Big Soda often employ. The carefully calculated veneer of wanting to be “part of the solution” and “offering choices” to consumers is negated by efforts like this one, which basically paints tap water as an enemy to be defeated. Of course, the health-conscious facade has some benefits (one perk of partnering with the Academy of Nutrition and Dietetics is that Coca-Cola can teach continuing education webinars to dietitians).

Remember that while Coca-Cola likes to point to its health-oriented initiatives, some of its executives have publicly stated they don’t believe in empty calories, that much of the population “relies” on the carbohydrates (AKA: sugar) in soda, and that a 32-ounce Powerade after lacrosse practice is a perfectly fine beverage for a teenager.

It is crucial for health advocates to remain vigilant to the food and beverage industry’s full array of tactics, not just the seemingly agreeable and “health-conscious” front that is employed by necessity. Otherwise, we risk having our efforts be stampeded by an industry that prioritizes profits over health.