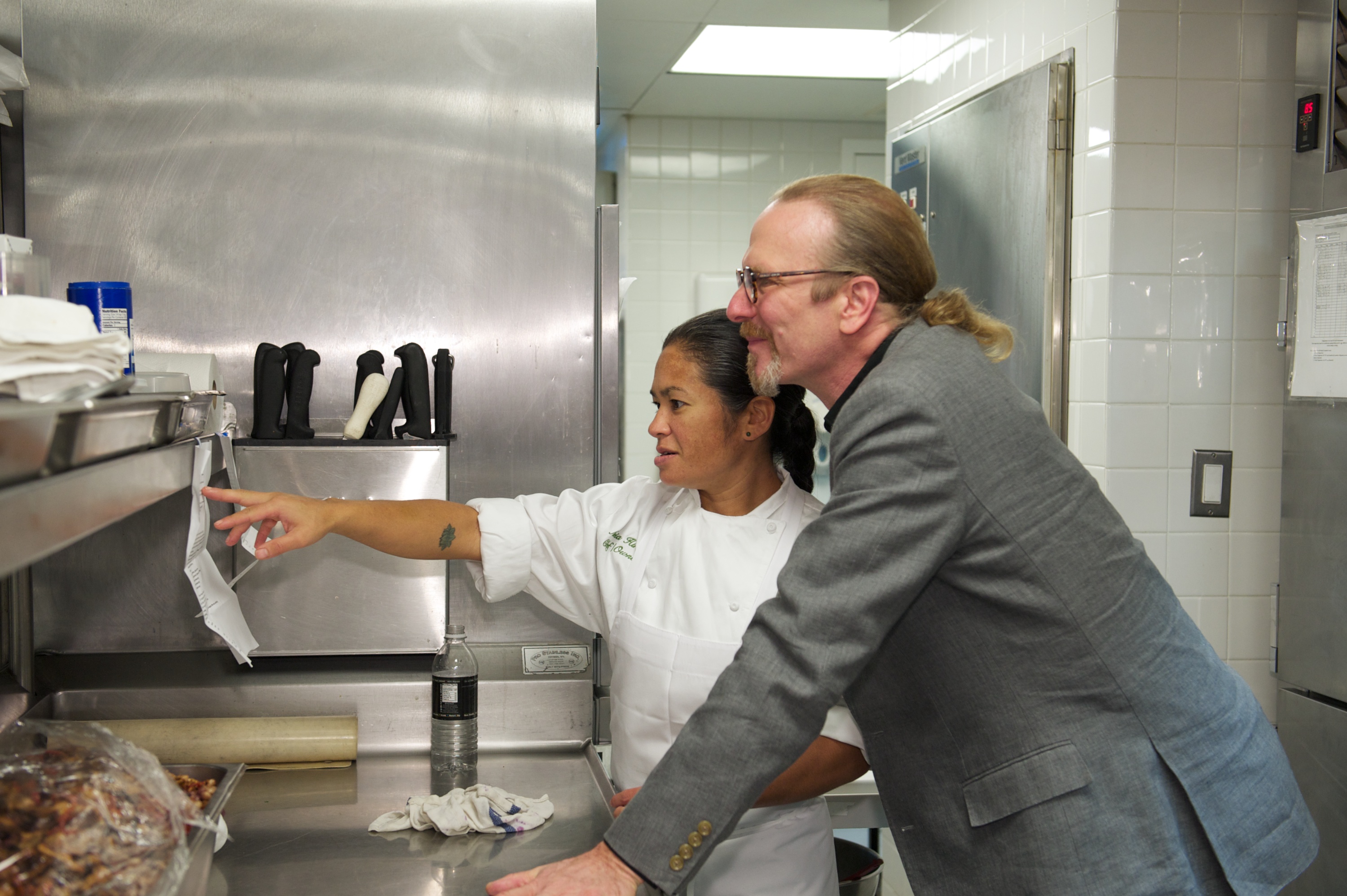 It’s tough to turn down any invitation to a dinner thrown by the James Beard Foundation (JBF), one of the country’s leading food enthusiast organizations. The events are always carefully sourced meals created by great chefs in a roomful of people who care about a sustainable food system.

But when the dinner is billed as “A Meal in Three Acts,” and the acts aren’t a chef’s interpretation of Shakespeare, but are actual bills in Congress, this food lawyer expected something different from the usual dinners we’ve all attended.

Last month the JBF granted its Third Annual Leadership Awards, celebrated with a dinner dreamed up by Seattle Chef Maria Hines. Hines–revered equally for her interpretation of new American food at her first restaurant Tilth and subsequent Italian and Eastern Mediterranean food at Agrodolce and Golden Beetle (respectively)–was on a political mission. She chose three bills currently pending in Congress and then designed a course based on each bill.

When JBF asked her to prepare a 185-person dinner honoring food thought leaders, Hines saw her chance to make a difference with the menu, which was printed with each bill’s name and sponsor.

The JBF dinner’s first course, applewood-smoked sockeye salmon with compressed apple, was inspired by the Genetically Engineered Food Right-to-Know Act of 2013, introduced by Representative Peter DeFazio (D-OR). “I’ve been buying from Loki Fishing Vessel for 10 years,” Hines said. “The owner Pete Knutson is an activist on GMO labeling so this course was an easy fit.” The dish was also influenced by Hines’s current advocacy in Washington state on the “Yes On 522” campaign, the effort to label genetically engineered foods statewide. (Ballots are due today, November 5.)

“I wanted guests to know that these are legitimate, submitted bills, not just dreams,” she said. “We can make the Local Farm, Food, And Jobs Act of 2013 a reality.” Submitted by Representative Chellie Pingree (D-ME) and Senator Sherrod Brown (D-OH), the bill’s goal is improving federal farm bill programs to create jobs and spur economic growth through local food and farms. For this course, Hines served organic grassfed Wagyu beef tenderloin from Skagit River Ranch, a small family-owned farm in Washington State, the kind of farm that the bill aims to support. Rancher Eiko Vojkovich was a guest at the dinner.

The rare beef was served over northwest-foraged mushrooms, heirloom beans, and oven roasted tomatoes, which were prepared back in Seattle and shipped to New York. “There were so many challenges–the food can be mishandled at an stage, by the shipping company, in the plating. But it was one of those nights when I knew that everything was executed just perfectly, a night to be savored…and they don’t all go down that way.”

The Save America’s Pollinator Act of 2013, introduced by Representative Earl Blumenauer (D-OR) inspired Hines’s dessert of fromage blanc cheesecake with bee pollen, honeycomb, and creamed honey. “I learned about the Act from a salon I put on in Seattle in July. A woman from an organization working to regulate pesticides in the northwest told us about it, and many chefs in the salon were interested in bee colony collapse syndrome. She told me the bill had been written and submitted so I looked the proper name up online, and found out who wrote it.”

In Hines’s world, organizing food salons and researching bills are as natural to chefs as prepping mis-en-place. She was always politically aware, but became more of an activist through the JBF Chef Boot Camp, a three-day farm retreat providing media and advocacy training for civic-minded chefs to become effective leaders for a better food system.

“Absolutely, these roles are the future for chefs. I was blown away with the feeling of empowerment that there’s so much more chefs can do than just own a certified organic restaurant, which is of course a huge commitment in itself,” she said. “I’ve done lectures and panels here and there, but Boot Camp helped me take it further to a leadership stand publicly. There’s so much potential for chefs to become involved in food policy, and there’s more to do than just chatting up a restaurant guest who is curious about ingredients or sitting on a panel.”

At the end of the evening, Hines received a standing ovation in the dining room at the top of Hearst Tower, including from guests Chef Art Smith, Assistant White House Chef and Policy Advisor Sam Kass, and Good Housekeeping Editor-in-Chief Rosemary Ellis.

“I think that was about the thoughtfulness of the menu and receiving a nod from everyone for the spirit of the dinner and hope for change,” Hines said. “Chefs have swayed public opinion in so many ways, if you look at the sales of organics, at farmers’ markets, we have a lot of momentum. It’s time to take it past the market and pass laws to protect the food system. Chefs can make a difference.”

Photo by Kent Miller Studios for the James Beard Foundation.