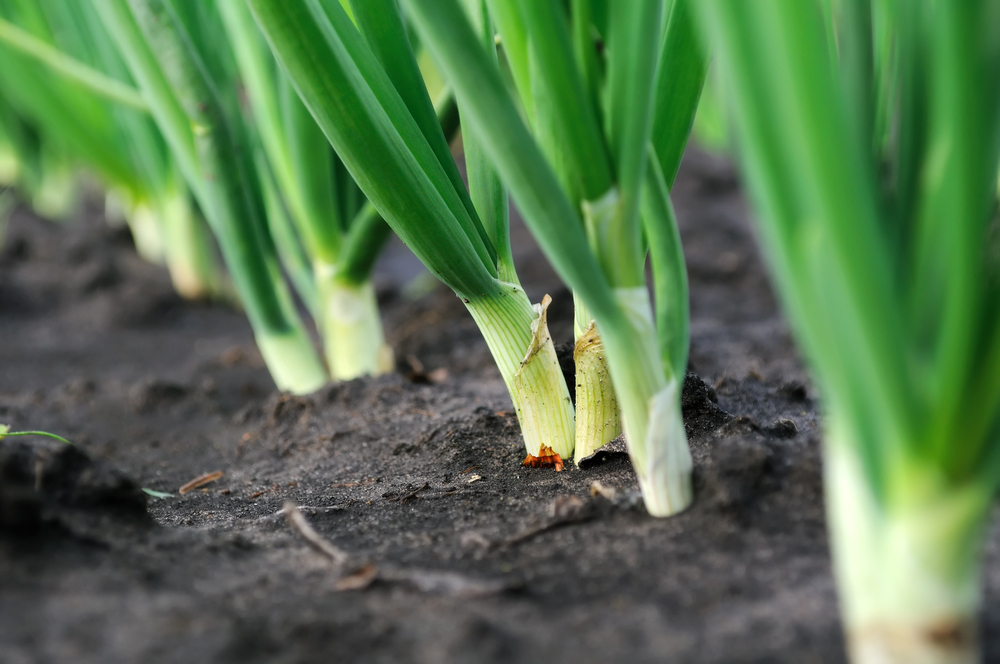 Okay, yes, sometimes corn is a vegetable. But most of the time, it’s something else entirely—highly processed corn syrup in a can of soda, for example, or a fast food burger made from a corn-fed cow. Sadly, today the average American is eating too much of those junk foods, and not enough fruits and vegetables. But while the impacts on public health are dramatic (see this recent report on the costs of diet-related heart disease, for example), that’s not the whole story.

If you eat it, they will grow it

As this graphic indicates, American farmers today aren’t growing the foods we all know we should be eating: 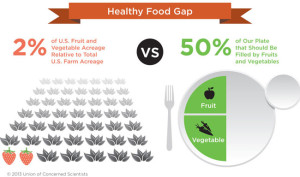 There are logical (if misguided) reasons for that, including the fact that farmers receive federal subsidies to grow commodity crops such as corn and soybeans, but not fresh produce. So last week, the Union of Concerned Scientists released a new report that asks: What would the U.S. agricultural landscape, its environment, and its economy look like if new farm policies helped us all eat a healthier diet?

The report, The Healthy Farmland Diet: How Growing Less Corn Would Improve Our Health and Help America’s Heartland, uses an economic model to predict how U.S. farmers would respond to various shifts in eating habits. It finds that:

Benefits of a healthy farmland diet

Besides improving nutrition, what would it mean if Corn Belt farmers grew a lot less of that crop and a lot more broccoli, apples, and squash?

Well, for one thing, a more diverse farm landscape would require less pesticides than our current landscape of corn and soybean monocultures. Less corn could also mean a whole lot less water pollution from the synthetic fertilizer that is heaped on this nitrogen-hungry crop. (A new study out in the journal PNAS suggests that the nitrogen applied to this year’s corn crop might still be leaching into people’s wells 100 years from now…yikes.)

Growing more produce in the Midwest would also help farmers and farm economies there. A 2010 study from Iowa State University researchers found that if farmers in six Midwestern states shifted some of their cropland to fruits and vegetables, it would generate more than 6,700 new jobs and $336 million in additional income.

Another shot at a healthy Farm Bill

With the government shutdown fiasco behind them and the Farm Bill (again) expired, Congress is now back to work on that legislation. Which means they have another chance to enact low-cost reforms that could help farmers and consumers to grow and eat a healthier mix of foods and achieve all the benefits above. Simple reforms include:

When House and Senate Farm Bill negotiators begin meeting this week, we’ll see if they can agree to do the right thing for farmers, consumers, and the environment.

An earlier version of this post appeared on the Union of Concerned Scientists blog.