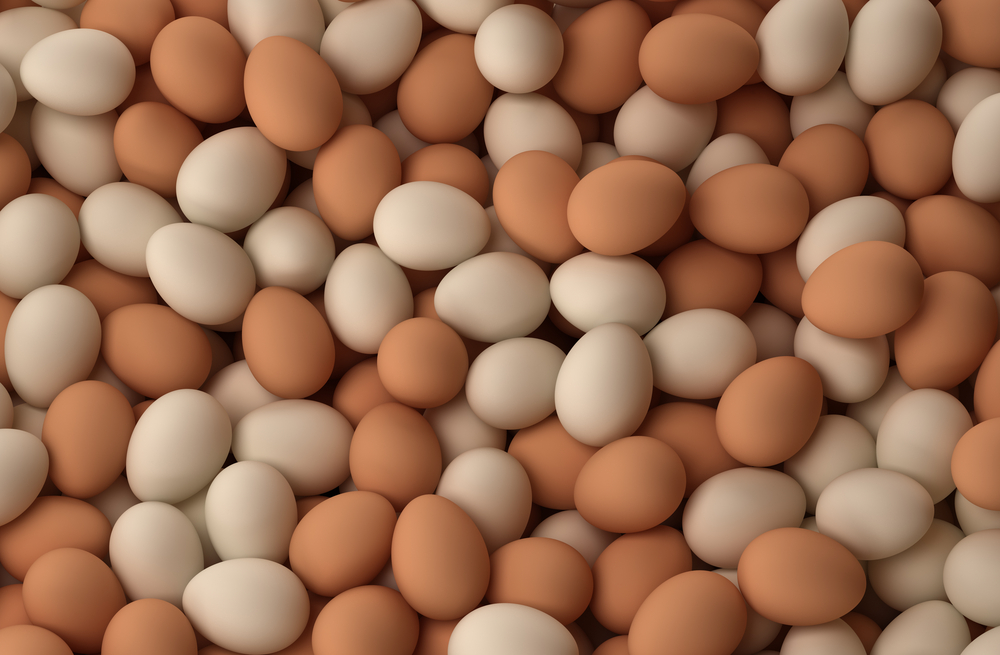 If you want to improve the treatment of millions of animals in our food supply chain, chickens are the low hanging fruit.  With 99 percent of the 291 million egg-laying chickens in the U.S. living in cramped cages, there is a lot of room for progress in the industry.

Improved laws banning chicken cages is one way to tackle the issue. But for Josh Tetrick, CEO and Founder of Hampton Creek Foods, “obliterating” the caged-egg industry is another.

“We don’t want to take a percentage of the caged-chicken market,” says Tetrick. “We want to end the practice altogether, by making to make our product more affordable and better than eggs.”

Tetrick’s product is, essentially, fake eggs. The company looked at the 22 different ways eggs are used in cooking (ie – emulsification, aeration, binding) and found several ways plants could fill in for the 79 billion eggs laid each year.  They came up with a range of substitutes to suit varying needs, like for use in baking and as a condiment for sandwiches.

The results are pretty remarkable.  In a side by side taste test with a real live chocolate chip cookie made with egg, I could not tell which was made with a Hampton Creek “egg.” The mayo too, is smooth and thick, without the odd aftertaste of other fake mayonnaises I’ve had.  In other words, the plant-based eggs functioned just as they should, by not revealing they were actually not eggs.

Yet Tetrick’s “eggs” may be a hard sell for those shopping the aisles of Whole Foods, where his Mayo will be sold nationally in November.  While tiny, often dirty cages may not be what consumers envision when they crack their morning egg, they are also not envisioning scientists in white coats engineering their condiments. “Hampton Creek” may sound farmy, but in reality the product is created in a lab far from any field.

However Tetrick and his staff are quick to point out that taste and happier chickens are not the only arguments for Hampton Creek’s products. Pressing economic and environmental issues are also addressed by substituting plant-based eggs for the real McCoy.

Seventy percent of the cost of real eggs goes into chicken feed, says Tetrick, making his egg substitute potentially more economical to produce and a less of a strain on the environment. While feeding chickens takes 39 calories of energy to create a single calorie of egg protein, yellow peas–the main ingredient in “Mayo”–take only two calories of energy for each calorie of protein.

Chicken feed is also typically made up of genetically engineered soy and corn; plant-based “eggs” on the other hand, give farmers the opportunity to grow more diverse crops like nitrogen-fixing peas. And for those interested in trying to have a smaller carbon footprint on the planet, it is undeniable that plants have far less impact than animals.

“The system of intensive egg production is the antithesis of “natural” and is based on misinformation,” says Tetrick. “One third of all eggs go into products like cookies and dressing, yet no one knows or thinks about where those eggs actually come from.”

If Tetrick has his way, soon a different kind of “egg” will take its place.

This story originally appeared on Forbes.com.