McDonald’s Fall Surprise: There’s No Pumpkin in that Latte 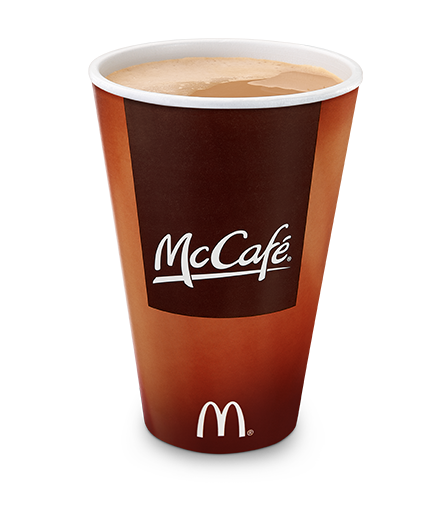 Forty-eight grams of sugar—that’s how much sweetener is in one medium sized Pumpkin Spiced Latte from McDonald’s. The ads for this Autumnal drink are everywhere lately, but what’s absent is any indication of what comprises this “seasonal treat.”

Most people could never guess just how much sugar it contains: 12 teaspoons of sugar. The American Heart Association recommends that women consume no more than six teaspoons of sugar in an entire day and for men it’s nine. Those 12 teaspoons are more sugar than the average person should consume in a two-day period.

And aside from the milk and coffee, the ingredient list in this drink is downright frightening. Here’s the list for just the “pumpkin spice syrup”:

Fructose is what Dr. Robert Lustig, a pediatric neuroendocrinologist and professor of pediatrics at the University of California, San Francisco, believes is the greatest scourge in our American diet. He actually calls it a poison and links it to diabetes, liver dysfunction, cancer, and dementia.

“Each person’s liver has a limited capacity to metabolize [fructose],” Lustig wrote to me in an e-mail. “Any extra over your threshold will get turned into liver fat. A 40-gram fructose load means lots of liver fat. That liver fat can either be exported as triglyceride, which will give you atherosclerosis, or will stay in your liver and give you fatty liver disease which is the driving force behind diabetes. So your liver decides which metabolic disease you will get.”

As if all that weren’t bad enough, fructose also makes people want to eat more. “Fructose stimulates excessive and continued consumption by tricking your brain into wanting more,” Lustig writes in his recent book, Fat Chance.

And that’s great for McDonald’s, because after downing its 340 liquid calories, you’re likely to be hungry. If you opted for a “healthier” choice at McDonald’s and ate the Fruit and Maple Oatmeal, you’d be consuming another 32 grams of sugar. That means, in one meal, you have taken in the equivalent of 20 teaspoons of sugar, or the equivalent amount of sugar found in three entire Snicker’s bars.

Oh, and McDonald’s is kind enough to do the math for you with its “meal builder” program on its Web site. After entering the latte and the oatmeal, the caloric tally was 630. I’m not as interested in the quantity of calories as much as I am interested in the quality. These 630 calories are guaranteed to make you hungry, if not starving, within hours of eating.

It sounds counterintuitive, but sugar-loaded calories and particularly liquid calories are not processed by our bodies the same way that real foods (full of fiber, fat, and other nutrients) are. The satiety that comes from eating real, whole foods last hours and keeps blood sugar on an even keel.

But, back to the ingredients. You’ll also notice caramel color, which was declared a carcinogenic substance by the state of California. In order to avoid putting a warning label on soda cartons, PepsiCo claimed it would discontinue its use following in the footsteps of Coca-Cola, which also phased out caramel color. PepsiCo drew attention this summer after a watchdog group published findings that Pepsi sold outside of California still contained the substance.

The chemical, called 4-methylimidazole or 4-Mel is linked to cancer in mice and rats. Apparently, McDonald’s is just fine keeping this carcinogen in its offerings, despite the consumer pressure that forced PepsiCo and Coca-Cola to remove it. In addition to the caramel color, there are five other additives and preservatives in the latte along with sucralose (also known as Splenda) an artificial sweetener for good measure.

One ingredient that is conspicuously absent from the list is pumpkin. Nope, there’s not a drop. Claiming that this drink is “pumpkin spiced” is misleading, if not an outright lie, but it is all too common for a food industry that bases marketing and product sales on an array of inaccurate and false claims.

Without regulations or limits to what companies can concoct, market, and sell, and without clear and easily accessible labeling for all ingredients, American consumers are left fending for themselves. And given this crazy food landscape—where a seemingly simple latte may pose a serious health risk— that’s no easy task.

If you find yourself craving pumpkin flavor this fall, do yourself a favor and opt for the real thing: Buy a pumpkin and roast it up with some butter and cinnamon. Now there’s a real seasonal treat.