Five Things I Will Not Eat | Civil Eats

Five Things I Will Not Eat 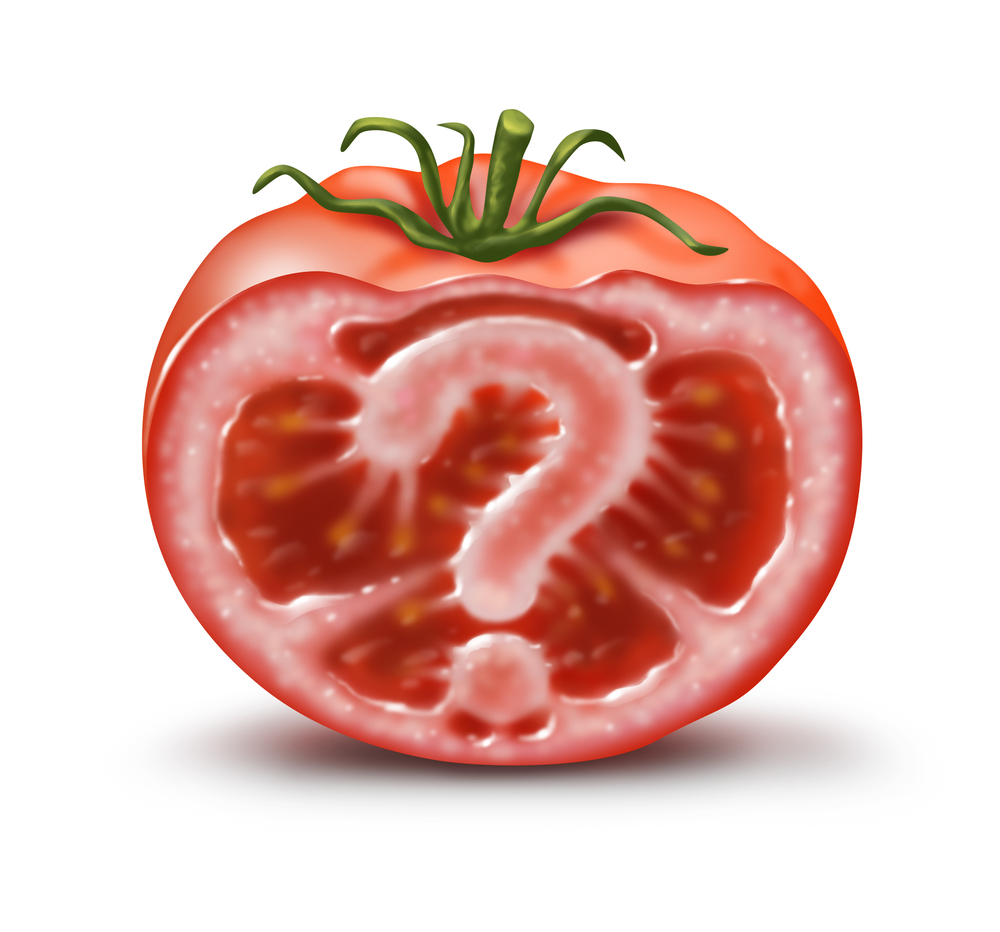 My partner eyed me sternly when I announced that my next book was going to be an investigative look at pork production. “Does this mean that I’ll have to give up eating bacon?” she asked.

Deadly outbreaks of E. coli and Salmonella in spinach and cantaloupes, antibiotic-resistant “superbugs” connected to pork and chicken production, potent drugs that are banned in the United States in imported shrimp and catfish: Nothing has the potential to destroy your appetite quite as thoroughly as writing about industrial food production or living with someone who does. Somehow, I have remained omnivorous, more or less. But there are only five things that I absolutely refuse to eat.

I lost my appetite for prepared ground beef in the late 1980s, when a friend’s three-year-old daughter died after eating a hamburger tainted with E. coli O157:H7, which lives in the intestines of healthy cattle and other animals, but can be found in water, food, soil, or on surfaces that have been contaminated with animal or human feces. She endured a painful, lingering death, beginning with a tummy ache, and over two weeks progressing to bloody diarrhea, convulsions, and seizures as the E. coli bacteria destroyed her kidneys.

It’s true that E. coli dies when hamburger is cooked to at least 160 degrees, by which point it is well-done. But even if you like dry, gray patties (I don’t), why take the risk? Every time you buy a package of supermarket ground beef, you’re playing culinary Russian roulette. E. coli comes from meat that has been contaminated with manure. A few E. coli cells can multiply into millions in a short time. Slaughterhouse scraps that go into ground beef come from the outside and undersides of carcasses, the areas most likely to come in contact with the hide and most prone to fecal contamination. Those parts can travel from several slaughterhouses to one facility to be ground and packaged.

In his Pulitzer Prize-winning article describing how a Minnesota woman was left paralyzed after eating E. coli-tainted hamburger, New York Times’ Michael Moss reported that the meat in the single prepared, frozen patty she ate had been shipped to a Wisconsin processor from facilities in Nebraska, Texas, South Dakota, and Uruguay.

The easiest way to avoid supermarket hamburger is to buy a whole cut like a chuck steak or sirloin and grind it yourself. A few pulses from a food processor does the trick nicely, if you don’t own a meat grinder. Or have a butcher grind it for you while you wait. You can also buy from a small producer. When I went to pick up my beef order last fall, the owner of the custom slaughterhouse was standing beside a stainless steel table holding a mountain of ground beef waiting for her to pack it into one-pound bags. “I can tell you exactly how many animals this hamburger came from,” she said. “One.”

For starters, salad fixings bought whole and chopped in your kitchen are more nutritious than those from containers. Bagged and boxed greens are in for the long haul, and can stay “fresh” for as long as 17 days. But vegetables begin losing nutrients the second they are picked. Within eight hours, 10 percent of Vitamin C and  between three and four percent of beta-carotene are gone. Chopping and shredding increase oxidation, driving out more nutrients.  Even short stretches of time at room temperatures further lower nutrient levels.

Packaged greens are also vulnerable to bacterial contamination. In packing houses, crops from many fields are washed in the same water, which allows bacteria from one field to spread to greens from clean fields. E. coli and other bacteria can hide in cut edges, safe from wash water.  Allowed to become warm for even a short time, the containers become perfect incubators for bacteria. The result is that bagged greens have sickened or killed consumers in dozens of outbreaks over the last several years.

In a 2010 investigation, Consumer Reports found that bags and containers of greens contained levels of coliform bacteria (which doesn’t make you sick, but is a sign of unsanitary handling) that were 39 percent higher than what is considered acceptable.

Avoiding packaged greens is simple: Buy whole heads or bunches and chop them yourself. While working on an article for the New York Times Magazine in 2011, I bought a head of romaine lettuce, rinsed the leaves individually, and chopped them. It took me two minutes and 53 seconds. As a bonus, I saved myself 80 cents.

Atlantic, Pacific, and Indian Ocean populations of Bluefin tuna are severely overfished. In the Atlantic, the species hovers on the brink of extinction. Some scientists say that it may have already passed the point of no return. In the Pacific, the population has been decimated by 96 percent. I liken eating bluefins to eating Bengal tigers. Both are beautiful, sleek predators. Bluefins can swim 60 miles per hour, dive to 4,000 feet, and migrate across oceans. Someone alive today could be the person who eats the last bluefin. I don’t want it to be me.

International organizations that are charged with setting catch limits for bluefins regularly set quotas far above what their own scientists recommend. And there has been a thriving market in illegally caught fish. If that’s not enough to put you off Bluefin, be warned, their flesh is extremely high in mercury.

The first question is, why would you want to eat an out-of-season tomato? Most of the hard, pale orbs are pithy and tasteless, at best. Compared to their local, in-season cousins, they are bereft of nutrients. And varieties that do have a glimmer of tomato flavor are outrageously expensive.

But the real problem with winter tomatoes is the abuses suffered by the farmworkers who harvest them. These men and women in the tomato fields are underpaid, ill-housed, and often sprayed with toxic pesticides. Abject slavery is not uncommon. (I care so much about this topic that I wrote a book about it.)

In recent years, working conditions in Florida, the source of most American-grown winter tomatoes, have improved dramatically. New varieties have been developed that actually taste tomato-y, and most Florida growers have signed onto a Fair Food Program that guarantees workers some basic labor rights and provides them with a one-penny-a-pound raise (it doesn’t sound like much but it’s the difference between $50 and $80 a day).

However that’s only if—and it’s a big if—the end buyer of the tomatoes signs onto the program as well and agrees to pay that extra penny directly to the workers. So far, most fast-food and food-service companies have come aboard. But aside from Trader Joe’s and Whole Foods Market, not a single supermarket chain has signed on. Until they do, they won’t get my business.

A salmon farm, even a so-called organic one in Scottish waters, is nothing short of a floating feedlot. Excrement, uneaten food, and dead fish fall into the ocean, along with a witch’s brew of drugs and disease organisms that can kill wild salmon unlucky enough to swim in the vicinity of a farm’s net pens. Farmed salmon are susceptible to infectious salmon anaemia, aquaculture’s answer to highly contagious hoof-and-mouth disease. The “cure” is to eradicate entire farmed Stocks consisting of millions of fish. Captive salmon also spread sea lice to wild fish. The parasites feed on the mucous, blood, and skin and can kill young salmon.

Farmed salmon is also potentially harmful to humans who eat it. Studies have shown that farmed salmon contains significantly higher levels of chemicals known to cause everything from neurological damage to cancer than wild salmon.

As a way to produce protein, farming salmon is illogical. Although feed formulas have improved over the years, salmon still have to eat more pounds of fishmeal and oil than they put on as meat. That meal they are fed comes from stocks of small sardine-like fish that are already caught at maximum sustainable levels. It’s far better to raise fish like tilapia that can be fed a vegetarian diet. But that’s not where the money is.

Fortunately, there is a good alternative to farmed salmon. Wild salmon from Alaska is sustainable and its taste will remind you why you wanted to eat salmon in the first place.

So what about my partner? Will she feel obligated to forsake bacon? My pork research is still in the early stages, so I don’t have a final answer. But at very least, it’s looking like we’re going to want to become very selective about what goes in our frying pan.