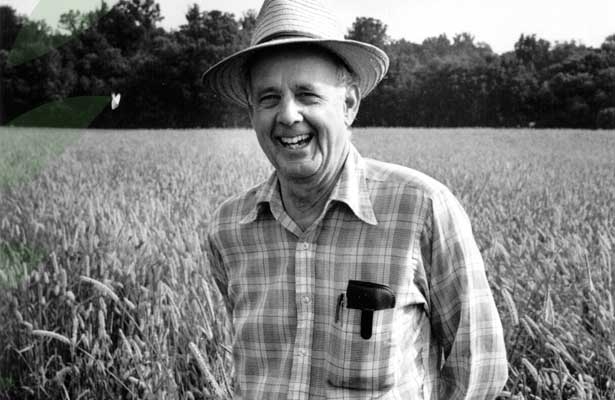 Where would the food movement be if it were not for Wendell Berry? His book, The Unsettling of America, is the seminal work looking at how our industrial food system has effected our land and our culture. At 79 years old, he is still dedicating himself to shifting our environmental consciousness. This week, Bill Moyers profiles Berry, one of America’s most influential writers, a passionate advocate for the earth, whose prolific career includes more than 40 books of poetry, novels, short stories, and essays, in Wendell Berry: Poet & Prophet.

Moyers explores Berry’s views on civil disobedience as well as his strong opposition to agri-business and his support for sustainable farming and the local food movement. “We don’t have a right to ask whether we’re going to succeed or not,” Berry tells Moyers.  “The only question we have a right to ask is what’s the right thing to do?  What does this earth require of us if we want to continue to live on it.”

Berry, a quiet and humble man, has become an outspoken, even angry advocate for a revolution in our treatment of the land. “People who own the world outright for profit will have to be stopped,” Berry warns, “By influence, by power, by us.”

This rare television interview, marking the 35th anniversary of the publication of The Unsettling of America, was taped at St. Catherine’s College near Louisville, Kentucky.  It will air on public television stations across the country beginning October 4.  Learn more about the program and where to find it at www.billmoyers.com.

You can watch a preview of the program here: