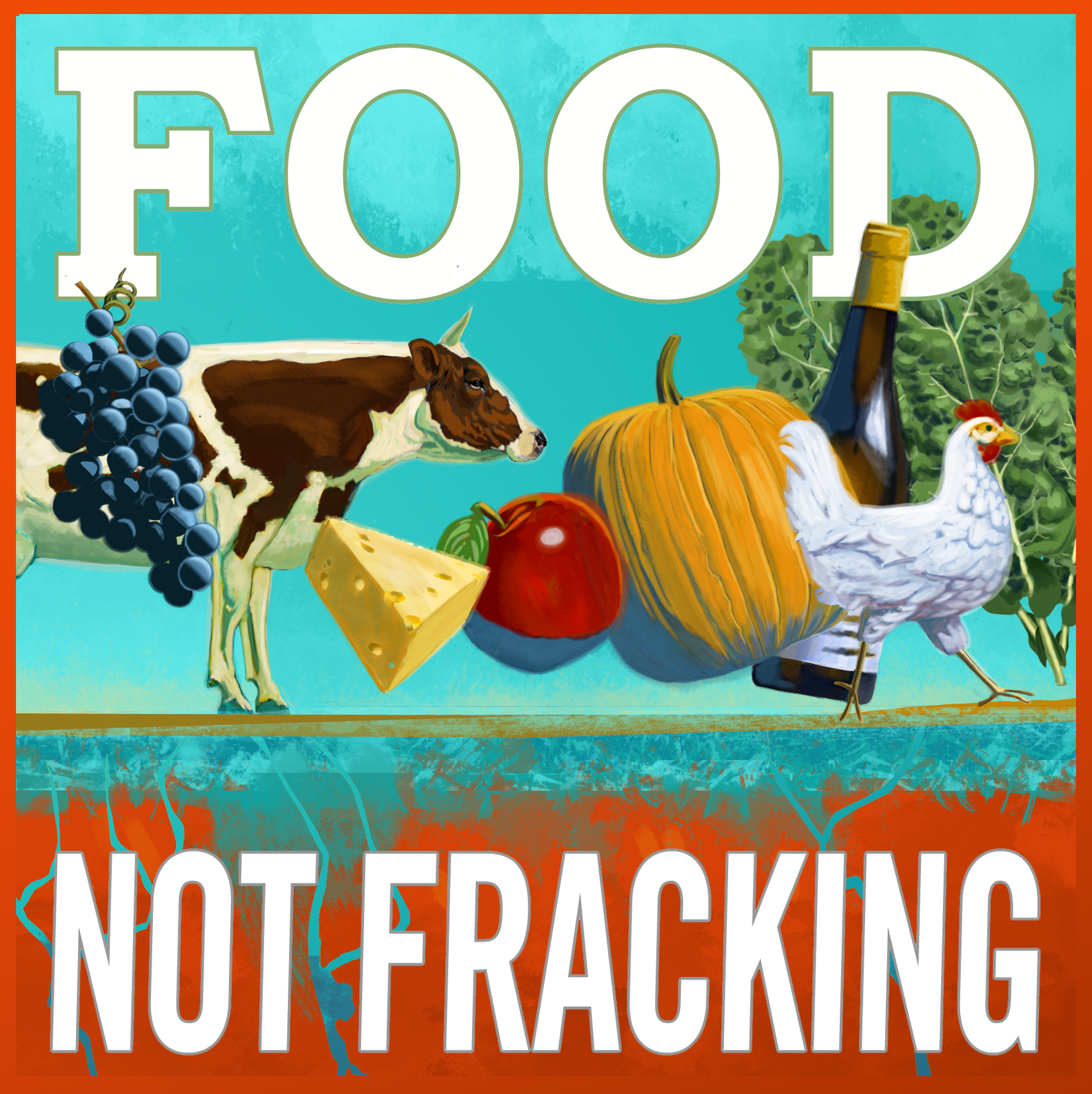 Chez Pannise chefs Alice Waters and Jerome Waag yesterday launched a chefs’ petition urging their colleagues to take a stand against fracking in California. Working in collaboration with Food & Water Watch, founding member of Californians Against Fracking, the chefs are concerned about the threat fracking poses to the world-renown food and wine grown, served and sold in California. The petition includes a letter calling on Governor Brown to place a moratorium on fracking now.

In New York, the highly successful Chefs for the Marcellus have been instrumental in keeping fracking from putting that state’s agricultural bounty in jeopardy. Top chefs there, including Mario Batali and Bill Telepan, have been active and vocal on the matter.

Fracking, or hydraulic fracturing, is a highly controversial process for extracting oil and gas that, along with related drilling, wastewater disposal and other extreme extraction methods like acidizing, has raised serious environmental and public health concerns across the country.

In California the oil and gas industry has intensified its focus on the Monterey Shale, which sits beneath some of the state’s most prized farmland, and hopes to conduct new, more intensive forms of fracking and extraction, putting California’s scarce and precious water resources and most prized farmland at serious risk. Wastewater from fracking and drilling operations is dumped or leaked into waterways, putting fisheries in danger.

With 81,500 farms producing $43.5 billion in annual profits in 2011, agriculture is California’s leading industry and the nation’s largest farm state. In states like Pennsylvania, Colorado and Ohio, grazing animals have gotten sick and died after drinking fracking runoff and water from farm wells near fracking operations. Here in California, a farmer in Kern county lost millions of dollars worth of almond and pistachio crops from groundwater contamination from a nearby fracking operation.

In a letter to California chefs, Waters writes: “As chefs, restaurateurs, and eaters who cherish and rely on the natural bounty cultivated and cared for by our state’s farmers, ranchers, fishers and food producers, we cannot stand by and allow the same fate to befall California’s unparalleled food shed. By signing this important petition you’ll be adding your name to a list of chefs who care about the provenance of our food, the stewardship or our land and the future of our state’s health.”

The chefs’ petition comes on the heels of the passage by the state legislature of Senate Bill 4, a controversial bill sponsored by State Senator Fran Pavley (D-Agoura Hills) that creates a permit process for fracking and other dangerous forms of oil extraction to continue. The bill, opposed by leading environmental, public health and consumer organizations, was just signed by Governor Jerry Brown. However, polls show that most Californians oppose fracking and nearly 200,000 have signed a petition to Governor Brown asking him to ban it outright.

“The oil and gas industry’s favorite talking point is how fracking will bring jobs, but they neglect to factor in the impact that fracking would have on the industries that make California great–namely our agriculture, fisheries, food production and culinary arts,” said Adam Scow, California campaigns director for Food & Water Watch. “The best way for Governor Brown to build a legacy for himself as a champion for California is to place a moratorium on fracking immediately.

The national coalition of chefs, Chefs Collaborative; Star Chefs, the magazine for culinary insiders, which also holds events featuring top chefs; and Chefs for the Marcellus all endorse the petition.

The petition and full list of chefs that have signed on to date can be found here.