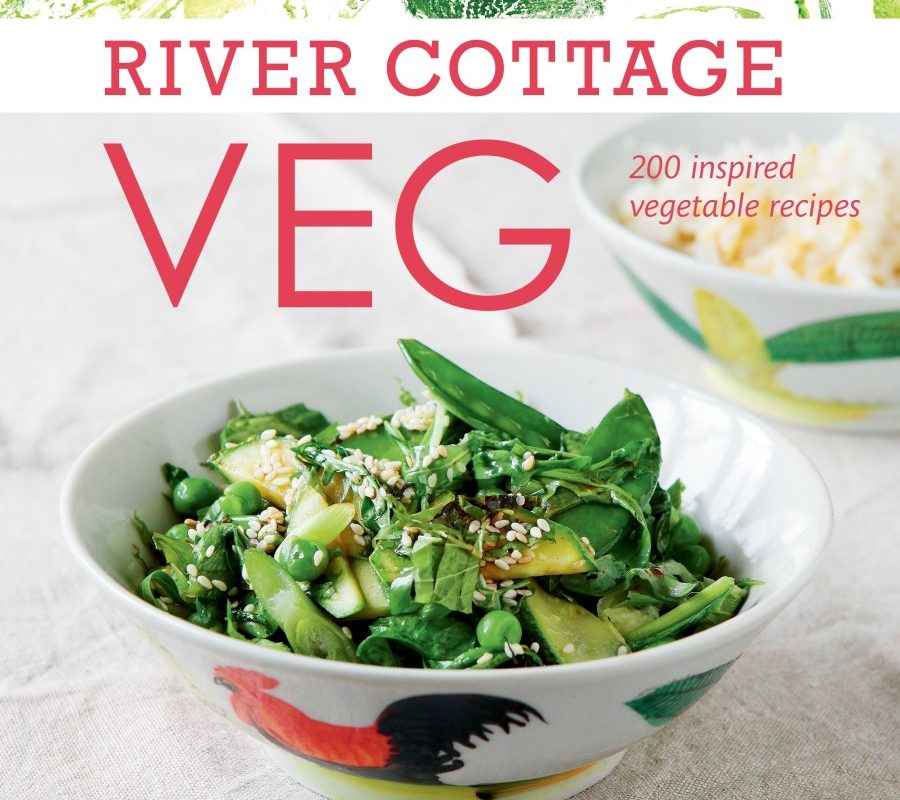 The famed UK chef/activist, Hugh Fearnley-Whittingstall, has a lot to share with an American public hungry for great recipes as well as important food for thought. I had the pleasure of having breakfast with Fearnley-Whittingstall and he shared with me his passion for vegetables, how he wants to help change people’s lives, and his inspiring work to help raise awareness about the importance of how and what we eat.

You’re a highly successful UK chef, cookbook author, TV personality, and food activist. Even though the average American probably doesn’t know you (or just not yet), what would you say you found to be the most striking on your recent visit here about the American food scene?

I was struck by its energy and vibrancy, and by the sheer range of ideas that are currently ricocheting around about different, better, more healthy ways to eat. I found far more people talking about veg, organic farming, sustainability, and the farm-to-plate movement than on previous visits. I think it’s a much bigger and more democratic conversation that it was a few years ago. And it’s long overdue!

My visit was tied in with promoting my book, River Cottage Veg Everyday, so I spent a lot of time talking to cooks and journalists about meat-free eating and about my view that, when it comes to problems such as obesity and soaring healthcare bills, there really is one simple answer: Eat more veg! It may sound trite, but the science is coming in thick and fast supporting this view. I was delighted to find that U.S. journalists like Michael Pollan and Mark Bittman and smart nutritionists like Ashley Koff are saying similar things in their own distinct voices.

In River Cottage Veg, you write: “Call me power-crazed, but I’m trying to change your life here,” noting that changing our prime culinary focus from meat to veg will require a shift in attitude. How has your growing, cooking, and eating changed since writing this book and what recommendations do you have for those who find it hard to give up meat?

I have always loved vegetables with a passion and they’ve always been a key part of my cooking. But I do relish good meat too, so switching to a less fleshy diet required a change of thinking for me. However, I really have made vegetables the cornerstone of my cooking, and of my family’s meals. It turned out to be much easier than I’d thought. We now eat far more meat-free meals than we used to, and we’re loving it. Personally I feel lighter, brighter and more energetic for the change and the rest of my family’s in great shape too!

The key–and I’d say this to anyone who feels daunted by the idea of consuming less meat–is to focus on all the other delicious stuff you can eat. Meat, after all, only represents one sector in the overall range of things that are good to eat and a fairly narrow sector at that. Unfortunately, in the West we are conditioned to see meat as central in our diets, but it’s not difficult to change that.

Concentrate instead on the glorious range of fruits, vegetables, grains, seeds, nuts, oils, eggs, cheeses, herbs and spices available to us, and you’ll find an endless range of alternatives. You just have to approach cooking in a slightly different way. Instead of thinking ‘how can I replace the meat in this dish?’, think, ‘how can I build something delicious around this other lovely ingredient?’ Be it a vegetable, fruit, packet of pasta or whatever. There are countless books, blogs, and Web sites that can help you with the answer, my own included!

Your Channel 4 series, Hugh’s Fish Fight, has signed up more than 860,000 supporters to work for tougher quotas and a ban on discards and has resulted in a European Union ban on the mass-scale discarding of non-quota fish catches at sea. Why is this issue important and why should Americans care?

We should all care. Discarding is not a practice unique to the EU–it affects fisheries worldwide. In a nutshell, it involves throwing back a proportion of any catch–usually dead–into the sea. These will be smaller fish or non-target species, thrown back in order to maximize the commercial value of the catch.

Fish is a fantastic resource–a source of healthy, low-fat protein, rich in the crucial omega-3 oils that our Western diets lack, and, in theory, completely sustainable. The scandal of discards lies in the sheer waste of this wonderful food, the fish pointlessly killed, and the way it renders the quota system meaningless. Fishermen may land fish that fulfill their quota, but that doesn’t reflect the number that have actually been caught and killed. 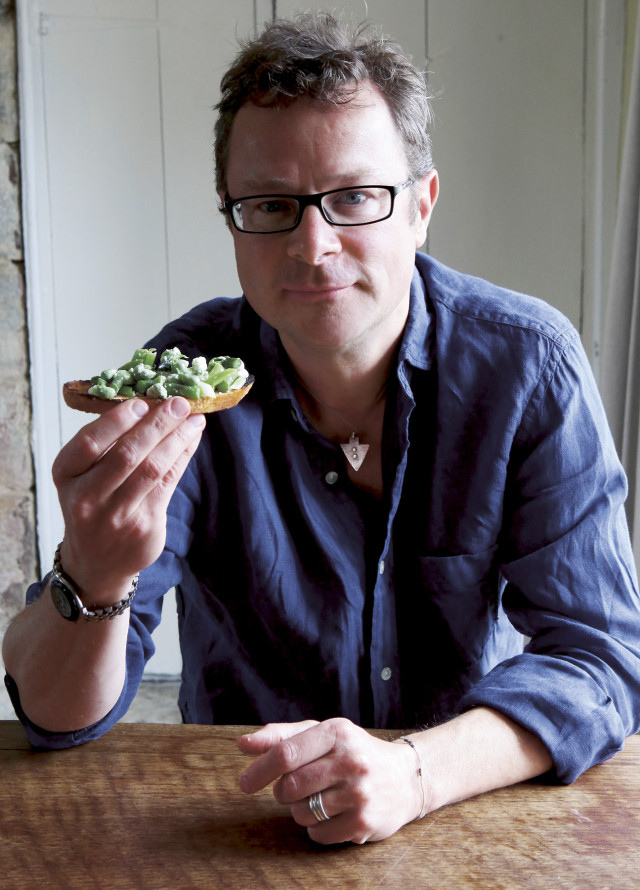 Tell us how you conceived of the idea for this TV series and what it was like for you to use TV to support your activism?

I’ve been wanting to tackle the thorny problems of marine conservation for a while, but it’s a hugely complicated and controversial area, and one that changes constantly. It seemed to me that the best approach was to focus on one piece of the jigsaw at a time. Discards was, for want of a better word, the flagship issue, but the series also looked at aqua-culture (fish-farming) and large-scale, industrialized fishing, which involves colossal amounts of sealife being sucked out of the oceans by enormous factory ships. We also looked at the ecological impact of global tuna fishing and the misleading way the resulting tinned tuna was being labeled and marketed by big brands and supermarkets.

There’s no doubt that TV is the best (and sometimes it seems the only) way to ensure coverage of these issues has real impact. When big businesses see their policies being challenged on TV and they know their customers are watching, they take action.

In 2008, you launched a Chicken Out! campaign, highlighting the unacceptable conditions in which most UK birds are reared and putting pressure on the poultry industry to raise its standards. You went head to head with supermarket giant Tesco, showed viewers of your TV show inside intensive poultry farms, and called for clearer labeling on chicken products. What are some of the other highlights of this campaign and what impact do you think it’s had to date?

The greatest highlight is the impact, which has been huge. The campaign raised awareness massively around the shameful issue of poultry welfare. Following the TV shows, the sales of free-range, organic and higher welfare fresh chicken, increased significantly from around five percent of the market, to over 15 percent. Although there is still a long way to go, we have the support of over 40 percent of UK members of parliament and have persuaded the government not to permit the same high stocking densities (i.e., birds per square metre) of many other EU countries.

On a more domestic (but no less important) level, the number of people who now keep their own chickens has been steadily rising. This is not just a fashion, it’s a sea change. Keeping your own chickens is, I think, a highly significant act, a peaceful but potent protest against our food production system as it currently stands. It’s a hard claim to prove, but I’d confidently bet that chicken-keepers are more than averagely likely to source the rest of their food higher up the welfare ladder too.

Antibiotic resistance is rapidly becoming a major health crisis in the U.S., as a result of overuse of antibiotics in both human medicine and livestock production.  Any thoughts on this issue in the UK and whether you might undertake a campaign there to inform the public about this?

Of course, it’s an issue here too. The rejection of the routine use of antibiotics is a keystone of the UK organic movement. I think many UK consumers are aware of this and, for many people, it’s one major reason to buy organic meat and it’s certainly why I’m a longstanding supporter of organic livestock farming.

If you had just one piece of advice for Americans who care about food politics, what would it be?

I’m not sure I can limit myself to just one! First of all, stay informed. It can be very easy to stick one’s head in the sand when it comes to food issues, since being an ethical consumer is not always easy and not always cheap. But the more you know and understand, the more power you have. And then, vote with your wallet. Support the producers who are doing things in the way you think is best. For me, that means in the most sustainable, low-impact and high-welfare way. And boycott, or at least avoid, those companies whose practices you don’t like, whether that means harming the environment, damaging local economies or depleting precious natural resources.

What’s next for you? What haven’t you done yet that you’d still like to learn and pursue?

I’ve recently completed a companion volume to the veg book called River Cottage Fruit Everyday, which explores the unlimited ways that fruit can enhance our cooking, sweet and savoury. I’m really looking forward to seeing how it will be received. Reactions to one book so often give me ideas to bounce off for the next one!

But my overall mission remains the same: To celebrate the sheer wonderful, life-enhancing joy of ethically-produced, seasonal fresh food. I’ll continue to do everything I can to inform my fellow cooks and consumers, and to inspire and enable people to get closer to the source of the food they eat, whether by shopping locally, foraging in the wild, or, best of all, actually producing some of it themselves. 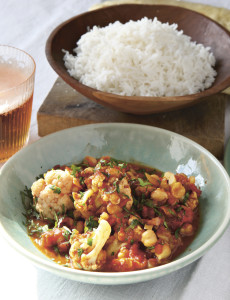 This beautifully simple, light curry is closely based on a wonderful recipe from chef Angela Hartnett. It’s always preferable to use some carefully selected ground and whole spices in a recipe like this, but if you’re in a hurry, use a ready-made curry powder instead of the dry spices.

A good handful of cilantro, chopped

Cut the cauliflower into medium florets. Put into a large pan, cover with cold water, add some salt, and bring up to a rolling boil. This will partly cook the cauliflower. Take off the heat right away, drain well, and keep warm in the pan.

Heat the oil in a second large saucepan over medium heat. Add the onions, garlic, and ginger and sauté for about 10 minutes, stirring often.

Add the ground coriander, cumin, chile flakes, star anise, and some salt and pepper and cook for a further 5 minutes.

Add the tomatoes with their juice and the chickpeas. Stir well, then add the parcooked cauliflower. Pour in enough cold water to almost but not quite cover everything (1/3 to 3/4 cup / 100 to 200ml) and bring to a simmer. Simmer for 5 to 10 minutes, stirring once or twice, until the cauliflower is tender.

Stir in the garam masala and half of the chopped cilantro, then check the seasoning. Serve scattered with the remaining cilantro and accompanied by rice, flat breads (see page 176), or naan.