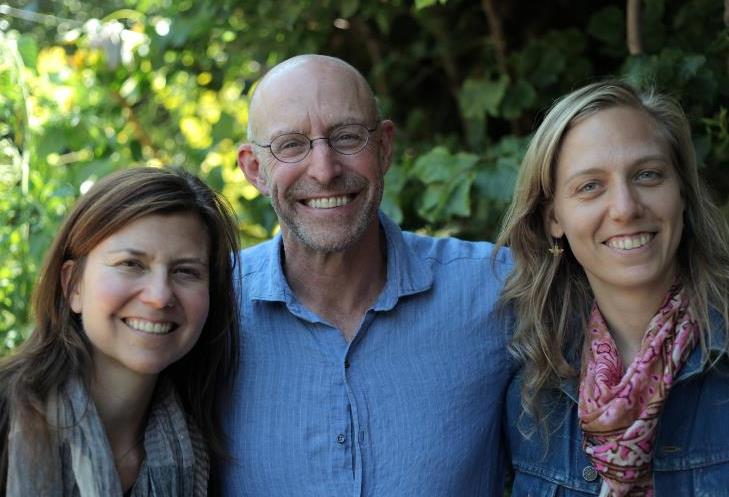 Are you a regular reader, supporter or fan of Civil Eats? Thank you. We appreciate that you get what we do and we couldn’t do it without you!

For nearly five years, Civil Eats has brought you extensive coverage of food policy stories, from the farm field to the halls of Congress. You might not know that our site is a labor of love and has been run entirely without paying anyone–ourselves, our editors or our writers.

That’s about to change, but we need your help: Today, we’re launching our Kickstarter Campaign which will take place over the next 30 days and we’re asking 4,000 of you to please donate $25 each to help continue our work in 2014.

If we don’t fund Civil Eats by the end of the year, it could be forced to shutter its doors.

Our Kickstarter aims to raise enough funding to shift the site from an all-volunteer effort to a professional enterprise in 2014 so we can produce more in-depth, original reporting and visually engaging content by paying our writers and editors a fair wage.

We also plan to expand our community resources on the site so that you can better plug into the issues that impact you. In addition, funding will help us maintain Civil Eats during that time so that we can continue to produce some of the most groundbreaking and informative news on food today.

Civil Eats began as a blog for the Slow Food Nation event, where 85,000 people converged over Labor Day weekend in 2008 to focus on the politics and pleasures of eating. During the six months leading up to the event, the blog/site received one million hits and became a touchstone for people interested in the broadening conversation on food politics.

In January 2009, Civil Eats was born as an independent site offering a range of high-level analysis and news stories and to give voice to those who are actively changing the food system.

Co-founded and run by Paula Crossfield and Naomi Starkman, Civil Eats has built a strong following and now counts over 30 regular contributors  on subjects as varied as the plight of young farmers, nutrition, environment and energy issues, and corporate consolidation.

As a result of our pioneering work, we have a readership of around 100,000 individuals per month. Seventy percent of these readers are newcomers to the site, while 30 percent are returning. Since our launch in January 2009, we’ve received over three million pageviews. Last year, South Bend Design re-tooled our site on a shoestring budget. (We love our new look and hope you do, too!)

Our impact extends throughout the country and across party lines and our stories broadcast varied issues and their significant effects on the world. As we finish our fourth year, we are critically examining our successes and finding new ways to measure purpose, ambition, and strategy.

Civil Eats is in a league of its own. Currently, there are just a few sites covering food, and none that solely cover the full range of issues in food politics today. We have worked tirelessly to bring you stories from the frontlines, working with many of the leading organizations in the food movement, and helping new contributors to get their writing and editing skills up to speed. Now we simply do not have the resources to continue running the site without your help.

If our work is important to you, please consider donating via our Kickstarter campaign.

We even made this short video featuring Michael Pollan, Anna Lappé, and Raj Patel with help from our friends at PlusM Productions that tells a bit more about our story and this fundraising effort. Please share it with your networks.

Our Kickstarter campaign is just the beginning of a fundraising effort that will allow us to evolve as a site and expand our reach and coverage. We appreciate your support and thank you for believing in us!

Photo: Naomi and Paula on the set with Michael Pollan. Photo by Robin Moore.