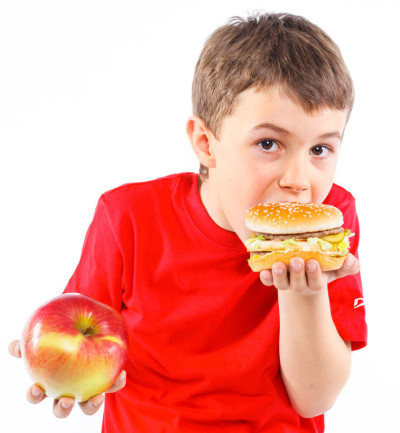 The USDA earned praise this past June when it released its ground-breaking new rules for “competitive” school food, i.e., the snacks and beverages that compete with the federal school meal and are offered to students through school stores, snack bars, vending machines, and other outlets.  These new rules, while not perfect, will go far to eliminate junk food from school campuses in an era of childhood obesity and poor nutrition.  But even as the nation as a whole is moving ahead to improve student health, here in Texas, the legislature has just taken a big step in the wrong direction.

Here’s the background.  Since 2009, Texas has had its own set of competitive school food rules called the “Texas School Nutrition Policy.”  Promulgated by the Texas Department of Agriculture (TDA), the agency which administers the state’s federal school lunch program, these regulations set the time and place in which competitive foods and beverages may be sold and also sets nutrition standards for those items.

But even with the TDA rules in place, junk food fundraisers can be a common sight in Texas schools, particularly on high school campuses.  In Houston ISD, for example, high school students, PTOs and coaches often set up fundraising tables at lunch to sell entrees from local restaurants and fast food chains, everything from pizza to Chinese food, creating veritable “food courts” of junk food.  Students often prefer to buy these items rather than eat in overcrowded cafeterias or go off campus, and the fundraisers are so lucrative that some principals not only turn a blind eye to them, they are rarely deterred even when TDA fines the school for a violation.

Last spring, though, TDA got serious and imposed fines totaling $73,000 on eight Houston high schools for illegal competitive food sales.  Those eye-popping fines made headlines and local TV news, and apparently motivated someone to head up to the state house in Austin to successfully lobby on the issue.

Alluding to the recent TDA fines imposed in Houston, Republican House Representative Ken King introduced in the last legislative session HB1781 which “ensure[s] that Texas high schools have the freedom” to continue junk food fundraisers and which expressly forbids the TDA from fining those schools based on the food’s nutritional content.  Six Republican and two Democratic representatives joined King in co-sponsoring the bill, which ultimately passed and was signed into law by Governor Rick Perry on June 14.  The law is now in effect statewide.

It’s disheartening enough to realize that Texas values fundraising dollars over student health, but here’s where it gets really messy.

Whoever drafted HB1781 decided to use some legislative shorthand to describe the types of foods that high schools may continue to sell.  But instead of referring back to the state regulations the bill is trying to thwart, HB1781 instead allows Texas high schools to sell “foods of minimal nutritional value” (FMNV), as that term is defined by federal law.

The federal definition of FMNV harks back to the 1970s when there were virtually no rules regarding competitive food and the government was trying to keep the “worst of the worst” out of school cafeterias during meal times.  FMNV is defined generally as foods providing less than five percent of the daily value of certain nutrients and specifically as: Sodas and other carbonated beverages; water ices; chewing gum; and certain types of candy–hard candy, jellies and gums, marshmallows, fondants, licorice, spun candy, and candy-coated popcorn.

So while the Texas legislature was trying to allow high schools to sell fast food entrees at lunch, its sloppy drafting has inadvertently limited high schools to selling only a few foods–basically soda and candy–identified by the federal government over forty years ago as the least healthy for our children.

Based on the bill analysis, the Texas legislators behind HB1781 seemed to care only about bucking state nutrition policy, but they have also put the state in direct conflict with the new federal competitive food rules.  When those rules go into effect in the 2014-15 school year, sales of FMNV will certainly be barred, as will almost all of the competitive food currently sold in high school “food courts.”  And while the new federal rules do make an exception for occasional junk food fundraisers, such as a bake sale, HB1781 has no such limitation, allowing high school junk food fundraisers every day of the school year.

All of this means the TDA will face a big choice starting in the fall of 2014: Follow the federal regulations or follow a Texas law which expressly flouts them.

I asked Bryan Black, Director of Communications at the TDA, for comment.  He told me the agency agrees that HB1781 is in conflict with the new federal regulations and added: “Over the next year, the Texas Department of Agriculture will work with legislators, parents, school districts and the federal government to figure out solutions that solve the conflict between state law and federal rules.”