Missing the Story on Golden Rice 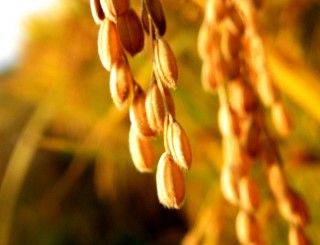 In the wake of protests in the Philippines over genetically engineered Golden Rice, a series of articles have appeared in the U.S. mainstream press (e.g., the New York Times) and alternative publications like Slate and Grist, all coming to the vigorous defense of the latest incarnation of this wonder rice designed to prevent malnutrition. Through veiled and at times explicit condescension, the U.S. media consensus seems to be that opposition to this wonder rice is based on scientific ignorance: Why wouldn’t you want to address global malnutrition?

A gaping hole in U.S. coverage is the perspectives of Philippine farm organizations, like the Asian Farmers Association affiliate PAKISAMA, or really anyone from the Philippines who opposes Golden Rice. By not including these voices, these reports miss a fundamental issue at the center of all issues around genetically engineered (GE) foods: power. Who controls the technology? Who controls what farmers can grow, and what people eat? Not coincidently, these questions are also at the center of addressing global hunger.

While most GE crops have virtually no benefit for eaters (they are fed to animals or used as ingredients in processed food or are non-food items like cotton), Golden Rice has always been touted as the exception. Golden Rice, still in the pipeline after more than a decade of research, intends to boost Vitamin A levels in rice and promises to address a number of nutritional challenges, including blindness, for the world’s hungry.

Opposition to Golden Rice needs to be placed in the global context of how the biotech industry has relentlessly and aggressively (with the assistance of the U.S. government) thrust this technology on the rest of the world. Resistance to GE crops is widespread around the world among both developed and developing countries, often led by farmers and aligned organizations.

SEARICE (the Southeast Asia Regional Initiatives for Community Empowerment) offers insight by describing the experience of Philippine farmers after the introduction of GE Bt corn: corn farmers lost access to traditional varieties, they can no longer share or exchange seeds with other farmers, and they are paying double the cost for GE seeds for what is largely the same yield, leading to increasing indebtedness.

Farmers have had similar experiences with GE crops all over the world, where legal and policy frameworks (bolstered by global trade rules) empower biotech seed companies over the rights of farmers and communities.

SEARICE writes in their critique of Golden Rice: “The issue on GMO is not on genetic engineering per se, but on how this has been used and is being used to wrest control and access over plant genetic resources on which the farmers’ over time have been the stewards and innovators so that we would have sufficient food to eat and raw materials for the wide range of economic and industrial uses […]. Science and technology then for the farmers should be able to strengthen not supplant their traditional knowledge and it should democratize access to plant genetic resources and not control or monopolize it.”

While Golden Rice supporters argue that it is different than other GE crops—it has a “humanitarian license” which sublicenses the technology to public research institutions and low-income farmers in developing countries free of charge—SEARICE points out that Syngenta still holds the commercial rights to the Golden Rice patent for some mysterious future use.

Suggesting that we have to pick between supporting Golden Rice or mass malnourishment is a false choice. What if the billions of dollars (and now over a decade of time) spent on developing Golden Rice had instead been invested on a program supporting food sovereignty goals linked to farmer and consumer empowerment, like what Philippine groups are calling for: Increased capacity for technical support and farmer-led seed breeding; promotion of the many other locally produced natural food sources of vitamin A; and encouraging the planting of small, bio-intense gardens in homes and communities.

At the heart of efforts to push for GE labeling here in the U.S., to opposition to new GE crops in Europe, the Philippines, Chile or India, is power. Who controls seeds, who controls the research agenda, who controls what happens on the farm, and who controls what we feed ourselves? These are all issues on which the biotech industry hasn’t ceded an inch– they want it all. Power is not an issue the scientific community likes to talk about openly, but journalists can and should.

Ben Lilliston is the director of rural strategies and climate change at the Institute for Agriculture and Trade Policy, where he reports, analyzes, and writes about the intersection of climate, agriculture and trade policy. Read more >