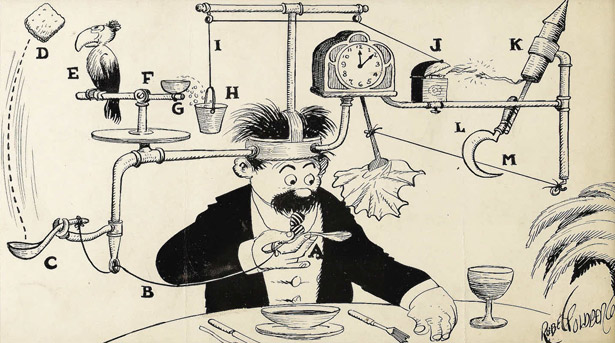 What do fast food worker strikes and a DC living wage ordinance have in common with Hunger Action Month? Unfortunately, not enough. A wave of one-day strikes against fast food restaurants is rolling across the country. On August 29, thousands of workers in more than 50 cities protested their low wages, demanding a raise to $15/hour. In Washington, Mayor Vincent Gray has on his desk the Large Retailer Accountability Act that would raise minimum wage for employees of new Walmart stores to $12.50/hour, up from current average of $8.81 nationally. Walmart has threatened to halt construction on three new stores in the nation’s capital if he signs the bill.

Every anti-hunger advocate will tell you that hunger is a symptom of poverty, and poverty is shaped by unemployment, underemployment, and low wages.

Given that, one would expect that anti-hunger groups would be publicly supporting the fast food workers as well as lobbying Mayor Gray to sign the living wage bill. Increasing the wages of workers in the service and retail industries would put a dramatic dent in the food insecurity rates in the U.S.

Unfortunately, almost no anti-hunger group has stepped forward on either issue. The two notable exceptions are Hunger Action Network of NY State, which has called for an increase to the minimum wage for tipped workers to $10/hour, and Bread for the World, whose President has called for an economic bill of rights.

Perhaps their lack of attention to this issue is grounded in the fact that many anti-hunger groups, especially food banks, are joined at the hip to corporations. In researching an upcoming book, tentatively entitled Hunger Incorporated, I have found that about one in every four food bank board members works at a Fortune 1000 company. Walmart staff sit on the boards of about one of every eight food banks. Walmart has committed to donating 1.75 billion pounds of food and $250 million in grants from 2010 to 2015.

On the fast food front, Arby’s has been funding Share Our Strength (SOS), whose No Kid Hungry campaign seeks to wipe out childhood hunger. In 2012, Arby’s raised $2.7 million for childhood hunger, much of which went to SOS. Ironically, while Arby’s employees are protesting the fact that they don’t earn enough to feed their children, the company is donating chump change to non-profits such as SOS to end childhood hunger. Want some fries and a softdrink with that chutzpah, Arby’s?

Similarly, McDonald’s is supporting the Greater Chicago Food Depository with “strategic introductions to McDonald’s top suppliers,” such as Tyson Foods, as well as the Depository’s workforce development program through providing trainees with exposure to McDonald’s own culinary training facilities. In a case that sounds like the 21st Century version of the company store, McDonald’s is under fire from its workers for paying them with fee-laden debit cards instead of regular paychecks.

These relationships form the core of the charitable industrial complex, where corporate images get burnished and social change languishes. They do little to solve the underlying problems to hunger, but instead create a perpetual poverty machine, in the words of Warren Buffett’s son, Peter.

Or, perhaps the reason for the anti-hunger movement’s inaction on these pressing matters is related to their vision of anti-hunger work. Many groups, such as SOS, see their role as protecting federal food programs and encouraging all eligible persons to participate. Their goal is to ensure that no kid misses a meal, rather than reduce the growing economic inequality that is the underlying cause of hunger in the U.S.

Yet, 50 years of food stamps and more than 30 years of food banking has shown that neither addresses the root causes of hunger.  In the America of 2013, both are necessary but insufficient to solve the problem.  At best, we’ve been treading water for many decades in dealing with hunger. In fact the latest food security numbers show essentially no change from 2011 to 2012 despite an improving economy.

It’s time to look for new inspiration, new approaches, and new partners. There is no better place to start than with the wisdom of those directly affected by hunger themselves. A template for a strike letter for fast food workers shows how the poor want justice not welfare: “We are sick of making poverty wages and living on food stamps, in shelters, on family’s couches and not being able to provide for our children as hard as we work.”

That’s a real vision for ending childhood hunger: Help workers get paid a living wage so they can afford to feed their kids, like everyone else.

For Hunger Action Month, anti-hunger groups should take real action and join in support of the workers who rely on food banks and food stamps to make ends meet. I would proudly dress in orange all month long to support that effort.