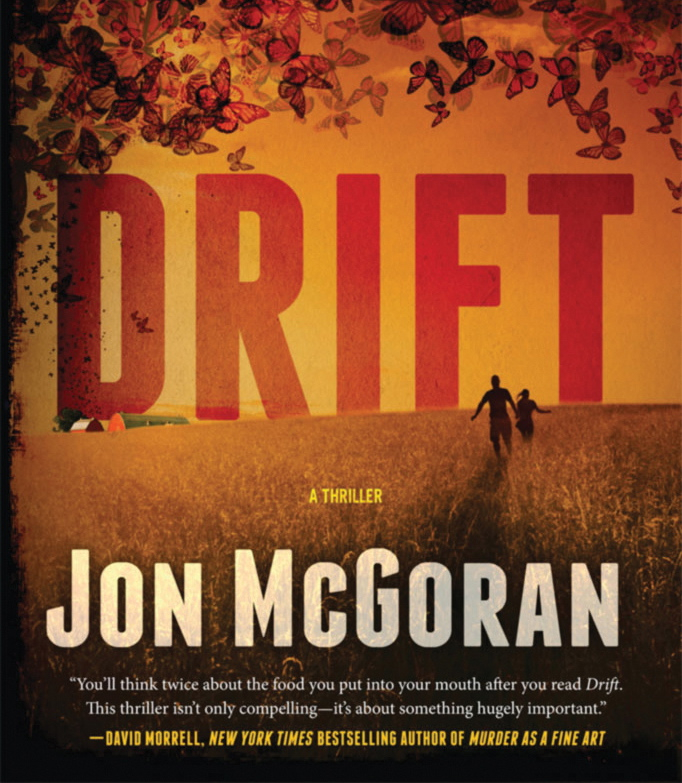 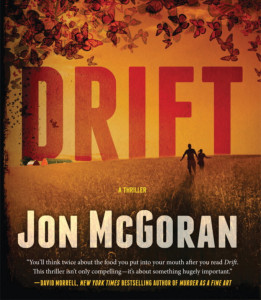 Jon McGoran’s new novel, Drift, is an ecological thriller about a small farming community invaded by a genetic engineering-focused crime ring. A writer with several forensic crime books and mystery novels to his credit, McGoran also has deep connections to the food and farming community, having edited The Shuttle, a monthly newspaper published by Philadelphia’s Weavers Way Co-op, for 20 years. He’s now the editor-in-chief at Grid, a magazine about sustainability. Civil Eats sat down to talk with McGoran about a work of fiction based on timely, non-fiction facts.

What inspired you to write about the threat of genetically engineered (GE) agriculture?

I’ve long been an advocate for urban agriculture and GE labeling. Over the years, the news stories I have been writing about the American food system have become more bizarre and frightening than the mysteries and thrillers I was writing. It started with things like irradiation and superbugs caused by antibiotics and industrial-scaled livestock operations, but it wasn’t until GE foods started taking over that I thought about food politics as a theme for a fictional thriller.

The story of genetically modified organisms (GMOs) already reads like a thriller—big corporations spreading new bio-engineered lifeforms across the globe and onto unsuspecting people’s dinner plates, using their political and economic power to prevent serious long-term study. That’s a great (or terrible) starting point. The more I thought about it, the more potential story lines I saw.

At the same time, I realized a lot of people didn’t know much about GMOs, about how pervasive and under-researched they are. It was like a perfect storm: A rich premise with lots of potential, and an important issue that begged to be explored.

You draw a parallel between the narcotic trade’s impact on small town America and biotech’s pernicious penetration into the food world.  Farmers of two iconic American crops—apples and corn—mix it up with Russian villains and bumbling country cops. That’s a fairly complex plot.

Yes, character is the most important thing, but I like a lot of plot in my thrillers, and some humor, too. There are a lot of issues in the book, but first and foremost, it was very important to me that it be entertaining. I hope Drift spreads information about the issues, or stimulates people to think more about them, but I also hope it is a successful book, both from a literary and a commercial standpoint. And those things really go hand in hand, because if no one reads it, it won’t do any of those other things.

What is the role of a fiction writer in societal transformation?

Fiction can make a very powerful contribution to societal transformation. I’ve written about GMOs journalistically, and sometimes satirically, but fiction allows a writer to explore issues differently, more deeply, more personally, and from a variety of points of view. Fiction also reaches people who might be less likely to read nonfiction, and it allows a writer to present information in a way that some people may find more entertaining or engaging.

What messages about GMOs do you think are missing? 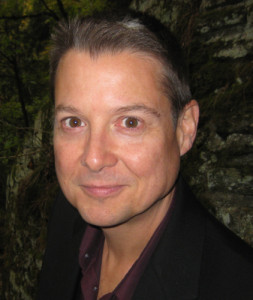 I think there are some messages that need greater emphasis, in part because they are so frequently omitted by sometimes careless and incurious media. The two primary arguments in favor of GMOs are 1) they have been tested and found safe, and 2) they provide important benefits that will be necessary to feed a growing world population. Neither of these are true, so first I think it is important to focus on how the vast majority of research into the safety of GMOs has been conducted over 90 days or less; how the biotech companies use their patent protection to control what research is done; and how what little long-term research has been done is strongly suggestive of serious negative health impacts. It’s also important to focus on the failures of the GMO industry to deliver the benefits they have promised, namely increased yields and reduced dependence on chemical pesticides.

Nailed it! I am just finishing Deadout, a sequel to Drift, which deals with colony collapse disorder and continues to explore the issue of GMOs. It also looks at the corporate behavior of biotech behemoths and touches on the insidious role of GMOs in foreign aid, something I hope to explore further in future books. Deadout is due to be released in August 2014.

Is there anything else you want to share with the food movement and sustainability advocates?

I see the fight to adequately test GMOs as something that at its core is about the scientific method and its importance to our civilization. When people in the scientific community state unequivocally that GMOs have been tested and proven to be safe, or accuse those of us concerned about GMOs of being “anti-science,” I see that as a betrayal of science.