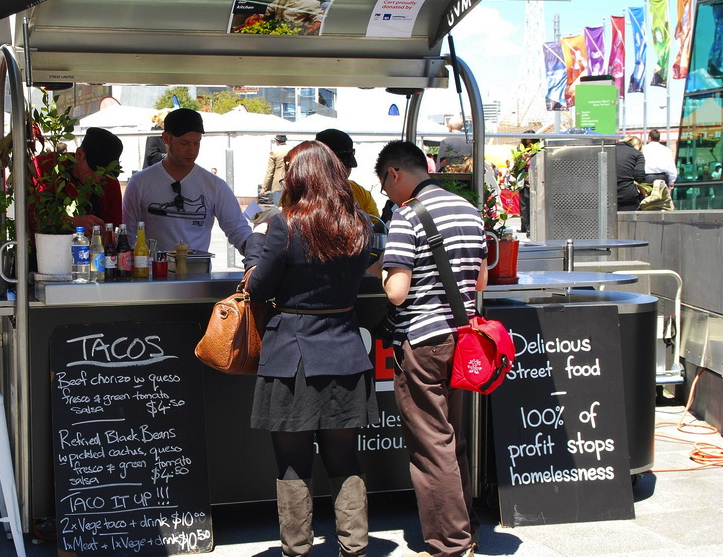 What is the one thing that gets in the way of almost every great idea? Money–or the lack of it.  Whenever anyone says “it’s not about the money,” it’s probably about the money. Almost everyone I know has a dream business, a dream project, an idea that would be truly fantastic if only they could get it off the ground. If only they had the capital to invest. If only someone would write a guidebook explaining exactly how to raise the dough. Enter: Raising Dough by Elizabeth Ü, a recent Food and Community Policy Fellow at the Institute for Agriculture and Trade Policy (IATP), and Executive Director of Finance for Food, a one-woman nonprofit organization that educates food system entrepreneurs.

How’s that for creating your own niche?

It’s been nearly six years since “locavore” was named the Oxford English Dictionary “word of the year,” and the movement has only grown since then. All this momentum has built despite the fact that most people starting food businesses have had very little support or advice about how to get their work off the ground.

Now, thanks to Raising Dough, that’s about to change. A step-by-step roadmap for the budding food entrepreneur, the book starts where it should, at the beginning.  It explains financing in layman’s terms, carries the reader through the minutiae of business entities and balance sheets, and helps clarify what values are driving the idea. Ü relies heavily on the work of Woody Tasch and Slow Money–an organization that argues that we should invest “as if food, farms and fertility mattered”–as well as the important efforts of BALLE, the Business Alliance for Local Living Economies (both groups were the author’s past employers).

Both the book and Ü’s consulting work are aimed at helping business owners articulate their values from the get-go, so they can find funding that supports (rather than works against) those values. The goal is to help connect entrepreneurs with capital and expertise–both old-fashioned networking with “angel investors” and the latest crowdsourcing techniques like KickStarter. 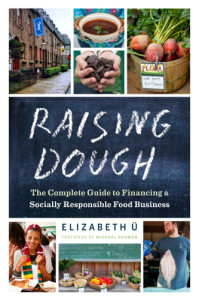 Of course there is always the oldest way to finance a business: Debt. I’ve been in the food service industry for 35 years and I know that the best way to make a small fortune in the restaurant business is to start with a large fortune and that the easiest way to hear the word “no” is to walk into a bank and say the word “restaurant.” Raising Dough will also help those on this path find the shortest way to yes, while explaining and avoiding the pitfalls along the way.

Lastly there’s the scariest prospect: Selling equity. To an eager entrepreneur this often sounds like selling out. But there are ways, and Ü lists them, to bring in other owners without selling your soul. She uses the cautionary tale of Unilever’s acquisition of hippy-dippy ice cream icon Ben & Jerry’s to illustrate exactly where a road paved with good intentions can lead. Sure, they made a ton of cash in the sale (the Anglo-Dutch conglomerate bought the Vermont company for a cool $326 Million in 2000), but at the cost of many of the progressive values upon which founders Ben Cohen and Jerry Greenfield built the company.

So, how exactly does one use a business to save the world without selling out?

This list is just the tip of the iceberg. And watch out; Raising Dough isn’t just about the theory behind sustainable fundraising. If you’ve had a dream project in mind, this book might just inspire you to make it a reality.