India and the Hidden Consequences of Nutrition Transition | Civil Eats

India and the Hidden Consequences of Nutrition Transition 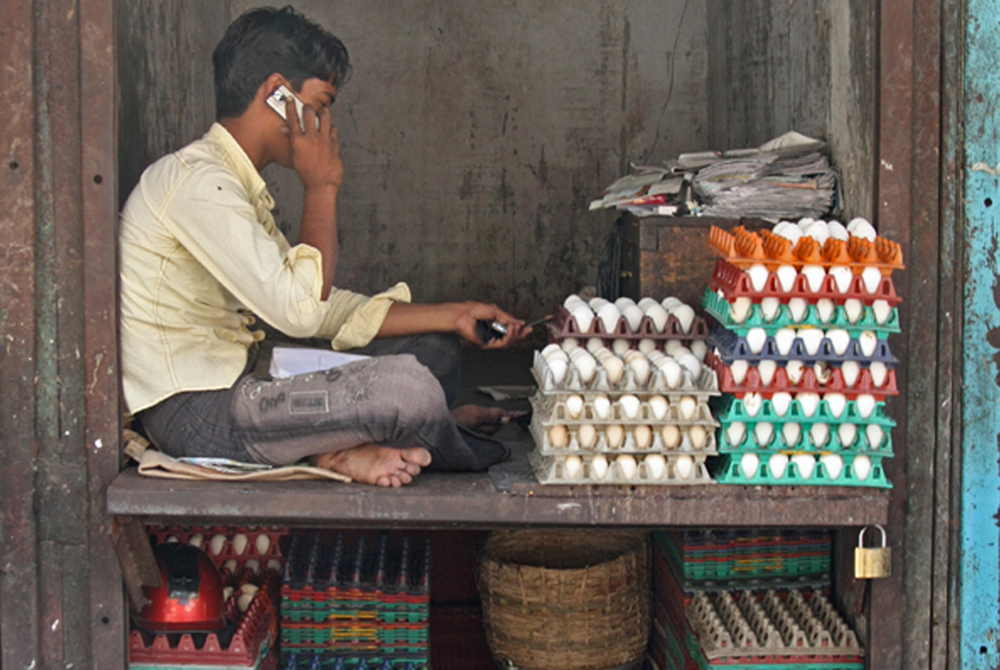 In India today, hordes of people under 30 line up outside McDonald’s to order the Chicken Maharaja Mac: India’s beef-free version of the Big Mac. Fast food and sodas are “all the rage now,” in the country according to public health activist Shobha Shukla.

Ice cream is also becoming much more popular, with Baskin Robbins, Haagen Dazs, and Magnum already vending throughout India. Although many Indians do not eat beef for religious reasons, Muslims, Christians and even some Hindus are eating more cow and buffalo meat.

India’s booming middle class—estimated to number between 50 million and 250 million—is driving demand for meat, eggs, and dairy products like ice cream (milk has long been a staple of most Indian diets). Despite India’s long tradition of ethical vegetarianism, only about 40 percent of India’s 1.2 billion people now call themselves vegetarian.

For many Indians, particularly in urban areas, owning a television, driving a car, wearing Western brand name clothing, or eating meat are symbols of affluence, independence, and modernity.

“We are quick, hygienic, clean, and are seen as part of global culture,” Vikram Bakshi, managing director of McDonald’s India, told Agence France-Presse.

But being part of “global culture” carries enormous health risks. Heart disease is responsible for the majority of deaths in India, and more than 60 million Indians have been diagnosed with diabetes. That’s nearly five percent of India’s people, and this number is expected to rise—and quickly. By 2050, India will have the dubious distinction of being home to the most diabetics of any country in the world (leaping over China).

Like India, many countries in the global South, including South Africa, Mexico, and China, are facing a similar dilemma. As their middle classes grow and rural to urban migration accelerates, more people are moving away from diets high in unprocessed starch, high-fiber vegetables, and plant proteins. Instead they are moving toward a Western-style way of eating, replete with animal protein and fat, refined carbohydrates, and sugar. 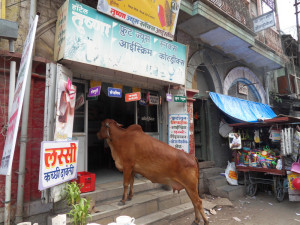 This phenomenon has come to be known as the “nutrition transition” and it occurs in many developing countries. With more money and easier access to urban centers that provide cheap, tasty, filling food, who wouldn’t want to start eating like an American? But for India and other transitioning countries, there’s a catch.

It’s not just that the standard American diet leads to weight gain and chronic disease. It does, but for those who were undernourished in utero or in early childhood, switching to a diet high in fat, sugar, and salt carries higher risk for developing chronic disease compared to their counterparts who have been affluent for generations.

Poor early-childhood nutrition leads to a host of metabolic and hormonal changes that actually help survival in nutrient-poor environments, according to Barry Popkin, Distinguished Professor of Global Nutrition at the University of North Carolina Gillings School of Public Health. However, when confronted with a calorie-packed environment in later years, these adaptive mechanisms may actually lead to obesity.

An important 1976 study published in the New England Journal of Medicine found that mothers exposed to the 1944-45 Dutch famine during their pregnancies resulted in higher obesity rates among their children.

Similarly, a 2012 study in the European Journal of Clinical Nutrition found that individuals exposed to the Great Chinese Famine (1958-1961) in utero and during early childhood had higher rates of glucose intolerance than individuals born after the famine. The “thrifty phenotype hypothesis” gives an explanation for this paradoxical phenomenon.

Partly because of these biological mechanisms, people in developing countries are particularly at risk for type 2 diabetes and obesity. As in India, many countries are going through a nutrition transition so rapidly that children whose parents and grandparents didn’t have enough food can now eat at fast food restaurants and regularly consume the calorie-dense, nutrient-poor food typical of the Western-style diet.

Diabetes trends in India are “absolutely frightening,” says Nikhil Tandon, professor of endocrinology at the All India Institute of Medical Sciences.   “Young people who are the drivers of the economy, who are the protectors of their family, are going to be lost,” according to Prathap Reddy, a cardiologist and founder of a large Indian network of private hospitals.

Researchers have found that in India, income is associated with malnutrition: Richer women who likely have access to a variety of foods tend to be overweight, while poorer women who cannot afford the most basic foods tend to be underweight. And even as a growing number of Indians eat higher up the food chain, under-nutrition remains a stubborn problem. More than 40 percent of Indian children younger than five are malnourished.

Is the nutrition transition an inevitable process? Or could food insecure countries provide calories their people need without gleaning them from saturated fats, sugar, and processed foods? What is clear is that curbing accelerating rates of non-communicable diseases (NCDs) in the global South requires policy changes, and quickly. Here are a few ideas:

Governments could subsidize production of native grains and vegetables to make them cheaper and encourage their renewed consumption. Developing countries should limit the advertising and availability of unhealthy foods to children and teens, whether these are the products of transnational food companies or “home grown” purveyors.

Ultimately, perceptions need to change so citizens of the global South see the Western-style diet for what it is: A recipe for obesity and chronic disease.

Second photo caption: A cow walks up the steps to an ice cream shop in India, where ice cream consumption has been on the rise. Courtesy of Sangamithra Iyer.

Become a member
Become a member
This post is part of an ongoing series focused on the way the Western diet is impacting the developing world. Previous posts include: Where Food Injustice Wanders Next: South Africa, Mexico: Public Health, Rising Obesity and the NAFTA Effect and The Little Emperor’s Burger.