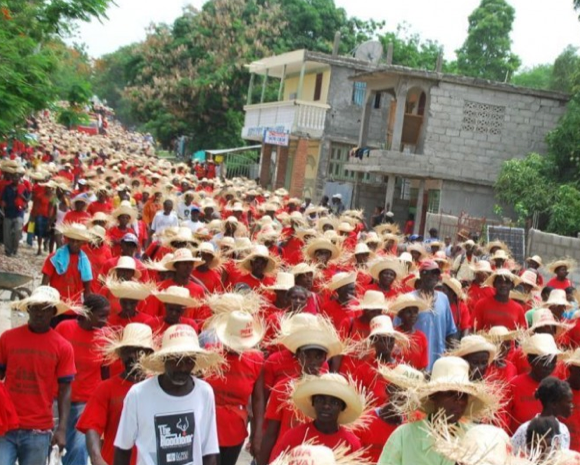 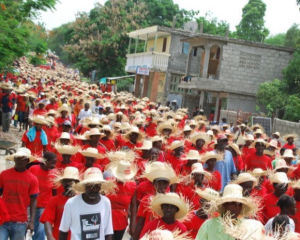 In the Basque Country—an autonomous community in Northern Spain—the official unemployment rate for young people lingers around 40 percent, but some estimate it might be even higher. It’s a region where the steel and manufacturing industries once dominated, but have since faced huge declines. Finding a first-time career, or returning to an old one for that matter, is increasingly difficult.

“Often it’s young people, but it might be other professionals who are out of a job, with no real possibility of returning to industrial work,” he adds.

In addition to training the next wave of small-scale Basque farmers, EHNE helps them find land and works with urban residents to provide what they call a “basket program.” Similar to a Community Supported Agriculture (CSA) subscription in the States, the latter is based on an annual commitment to buy directly from regional farms and it’s meant to “guarantee a certain income,” to beginning farmers, says Nicholson.

Now, thanks to EHNE—which represents at least 6,000 farmers in the Basque region—a period of crisis in the region may lead to a renaissance of local food production and a larger shift toward food sovereignty for the region. It will come as no surprise that EHNE was one of four international groups to receive this year’s Food Sovereignty Prize, along with similar groups in Haiti, India, and Mali. 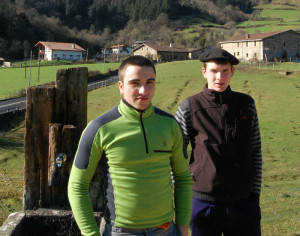 Food Sovereignty is based on the belief that all people deserve a say in how their food is produced, as well as the right to grow and produce it themselves through ecologically sound and sustainable methods. The term/concept emerged out of the international peasant movement, Via Campesina, in the 1990s.

The idea was born out of a global response to messages about “food security,” which is more about basic access to food and tends to position corporate agriculture as a solution. The key difference? Food sovereignty puts the control in the hands of the people who grow food and are most affected by hunger.

The Food Sovereignty Prize is a project of the U.S. Food Sovereignty Alliance, which is made up of member organizations, including Food First, Grassroots International, Why Hunger, and many more groups. Now in its fifth year, the prize was created as a way to provide a counter-balance to the well-publicized World Food Prize.

Or, as Eric Holt Gimenez, Executive Director of Food First, put it recently in a post on the Huffington Post:

The Food Sovereignty Prize stands in sharp contrast to the World Food Prize. While the latter is awarded to individuals and has the well-financed backing of government, big philanthropy, and the monopolies controlling the global food system, the Food Sovereignty Prize is awarded to social movements, peasant organizations and community groups working to democratize—rather than monopolize—our food system.

“Peasant” is the key word here. Where as the term once had a stigma attached to it, the food sovereignty movement is working to bring dignity back to those who are rebuilding local food economies and helping democratize food production.

The winners of this year’s prize included a coalition of several farmers groups in Haiti and South America called the Group of 4 (G4) and the Dessalines Brigade, which worked together to preserve heirloom creole seeds in Haiti and help small-scale farmers return to productivity after the 2010 earthquake.  One of the four Haitian groups—the Peasant Movement of Papaye—was also recognized, in part, for rejecting donations of genetically engineered seeds during the initial rebuilding phase.

“In that moment, Haiti affirmed their dignity and their food culture,” says Charity Hicks, director of the Detroit Black Community Food Security Network, and member of the coalition that chose the recipients. “They sent a message around the world, that even in the midst of tragedy, genetic engineering was not the solution.”

The other two honorees are also peasant farming groups. One group, located in Mali, has channeled the political power of 2.5 million farmers to fight land grabbing and to put the principle of food sovereignty into law. The other group, based in India, works with indigenous women from the lowest cast to form collective farms and informal workers unions, as well as cultivating native millet varieties.

In all these cases, it seems noteworthy that the work is being carried out by large, decentralized groups of farmers, rather than, say individual scientists or diplomats, as is the case with the World Food Prize.

These collective efforts seem to signal a legitimate, global effort to give power to the smallholder—an effort that is rarely visible to most Americans. And they speak to the larger effort toward food sovereignty, which Basque farmer Paul Nicholson describes as, “much greater than food security. It’s the political right to control polices and the public goods and define what we eat from a social perspective, not just an individual one.”