Childhood Obesity: Turning the Ship Around 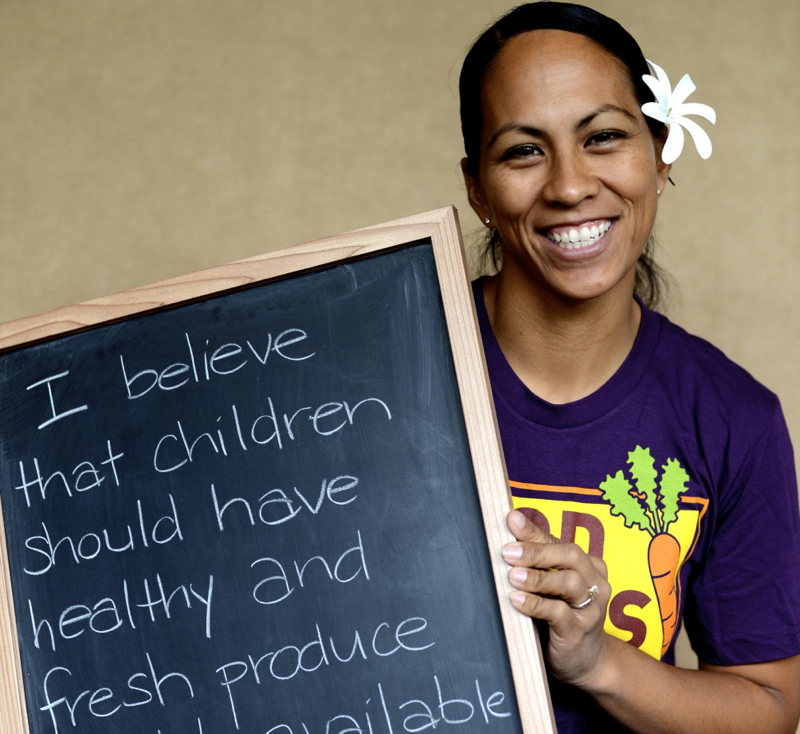 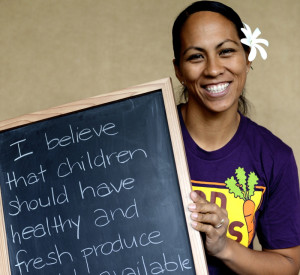 Three days ago I met Tae-Young Nam. He’s a recent University of Wisconsin grad, who studied pre-medicine in college, and spent last year serving in Chicago public schools as a teaching assistant with City Year. He’s headed off this coming week to Anthony, New Mexico to become a FoodCorps service member. He’ll be teaching kids about healthy food, building and tending school gardens with them, and collaborating with school food staff to get high quality local food onto school lunch trays.

Another thing he’ll be doing this year is applying to medical school. Nam wants to become a doctor who helps “eradicate preventable ailments like malnutrition and obesity” in children. He told me he wants to be “a physician focusing on preventative care to an inner city or globally impoverished population,” with the ultimate goal of opening “a practice within a community nutritional center that would not only heal, but also be an example of healthy living.” Talking to Nam, I felt full of hope.

For many years now, it’s been nothing but bad news when it comes to childhood health in this country. But the urgency and severity of this crisis is also paralyzing some people who might feel the problem is too big to solve. Even the shocking projection that one in three children born in the year 2000 is on course to develop type 2 diabetes has started to lose its teeth. At a certain point, trends like these can start to seem like the new normal.

However, in the past few months—and more definitively two weeks ago in a new CDC report—there have been signs of good news. The much-discussed report shows a (small) decline in childhood obesity rates, specifically in the most vulnerable group, low-income children. The report highlights interventions like the Women, Infant, and Children (WIC) program (for creating more access to healthy foods) and The First Lady’s Let’s Move program (for providing resources and information for parents). For many of us who work on this issue—as I do in my capacity as communications director for FoodCorps—this good news is very encouraging.

So far, there are a few studies and a lot of anecdotal evidence that giving kids nutrition knowledge, engaging them with growing and cooking, and providing access to fresh and healthy food, especially in a school environment, can lead to behavioral change. This leads eventually to real changes like lower diabetes rates, declining childhood obesity, etc. But we need more causal evidence and, frankly, we need more results fast.

There’s a nutrition gap in this country. Low-income children are at the greatest risk of hunger and malnutrition and at the greatest risk for developing obesity and diet-related disease. This disparity sets them up to live shorter lives. Until recently it seemed like the problem was just getting worse. While it stuns some of us into silence, the urgency of the problem is what fuels FoodCorps service members like Tae-Young. They want to become leaders and catalysts for change. 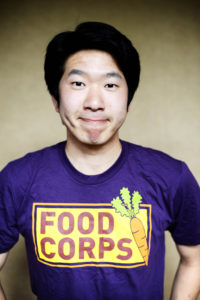 For the third year in a row, FoodCorps is sending a group of enthusiastic leaders into the world to help turn the childhood obesity ship around. This year we’ve expanded our reach to over 300 schools in 15 states around the country. Young people are going into communities that have asked for FoodCorps.

These young people include Tae-Young Nam, and others, who have either experienced diet-related health issues themselves, or seen it in their families and communities. Or Cecilia Hernandez, whose family has been plagued by health concerns like diabetes and who became a FoodCorps service member to ensure that neither she nor her students will have to succumb to the same fate.

Sitting in a room this week with 125 FoodCorps service members, it’s hard not to feel like there’s a lot of good news brewing out there. And sometimes a little good news can be just the thing to keep the momentum going. The report from the CDC two weeks ago gives us some reason to believe that this hopefulness is not pie-in-the sky or naïve. It provides concrete conclusions for how healthier environments can be created—by government, as well as by healthcare providers, parents, and schools. FoodCorps service members will do just that, whether it’s in their school environments this year, or as they go on to be the doctors, social workers, and legislators of tomorrow.