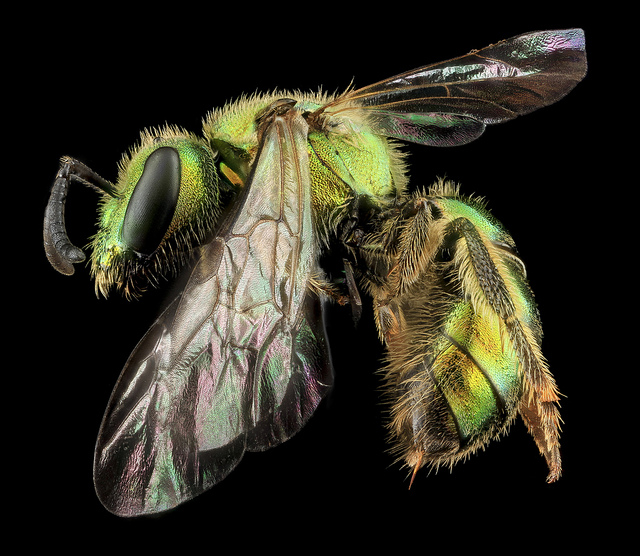 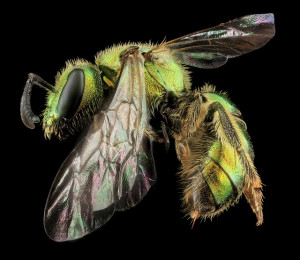 If you’ve had a hard time keeping up with all the bee news buzzing around lately, you’re not alone. In honor of National Honey Bee Day, this Saturday, we’ve collected the latest in pollinator news you don’t want to miss.

The biggest bee news this summer came after a study published in PLOS One found that commonly used fungicides are making honeybees more susceptible to a deadly parasite called Nosema ceranae. The story broke near the end of July and it adds to the growing pile of damning science linking agricultural chemicals with colony collapse disorder (CCD). It’s also especially note-worthy, considering that fungicides have long been seen as benign when it comes to honeybee health.

Bees on New York rooftops are nothing new. But last week, the New York Times wrote about their recent migration to Midtown Manhattan, when the development firm behind one of the area’s skyscrapers decided to place 100,000 European honeybees on a seventh-floor rooftop. The building was already the home to a green roof, which will benefit from having pollinators nearby and should, in turn, help keep the bees fed–a crucial piece of the puzzle (see the next item).

3. Can one city have too many bee hives?

According to NPR, a pair of scientists have raised concern about this question in London. The urban beekeeping trend there has grown so rapidly in recent years that there are now about 25 honeybee hives for each square mile of the city. What that means, they say, is that there’s not enough for the bees to eat and they end up “sick and starving.”

The scientists are now urging Londoners to plant more bee-friendly shrubs and flowers. “To have bees you don’t need a bee hive. Just plant bee-friendly flowers such as marjoram … and lavender in your garden,” they wrote in a British science journal recently.

4. Many “bee-friendly” plants are not so friendly after all.

If the above news makes you want to plant up a storm, you might take note of a pilot study released yesterday by the Pesticide Research Institute and Friends of the Earth. The scientists behind the study tested a number of plants from major home and garden stores such as Lowes and Home Depot and found that 54 percent of them contained neonicotinoid pesticides, the very same class of chemicals that have been tied to bee deaths.

The study found that the plants had generally been pre-treated with the pesticides, which are known to work on a systemic level (i.e., they won’t simply wash away in the rain). As Timothy Brown, PhD, of the Pesticide Research Institute explained: “These pesticides don’t break down quickly–they remain in the plants and the soil and can continue to affect pollinators for months to years after the treatment.”

5. Wild bees are in even worse shape that honeybees.

Time magazine just ran a long feature called the “Plight of the Honeybee” that takes an in-depth look at CCD. But in an accompanying blog entry on the magazine’s Web site, reporter Bryan Walsh admitted that he is actually less worried about this domesticated species than he is about wild bees. Walsh writes:

A 2006 report by the National Academies of Science concluded that the populations of many other wild pollinators—especially wild bees—was trending “demonstrably downward.” The threats are much the same ones faced by managed honeybees: pesticides, lack of wild forage, parasites and disease. The difference is that there are thousands of human beings who make it their business to care for and prop up the populations of honeybees. No one is doing the same thing for wild bees.

6. Can these photos will help more of us get to know – and want to save – wild bees.

Wired drew our attention to this mind-blowing collection of images called U.S. Geological Survey’s Bee Inventory and Monitoring program (see the one at the top of this post). The scientists behind the archive have photographed over 4,000 species of native bees, with the goal of helping the scientific community “track and monitor changes in bee populations over time.”

Last month, two congressmen–Earl Blumenauer (D – OR) and John Conyers (D – MI)–proposed a new federal bill that would enact a temporary ban on all neonicotinoid pesticides until the Environmental Protection Agency (EPA) can (or chooses to) thoroughly study to the pesticides’ true effect on pollinators and the secretary of the Interior conducts a nationwide study of bee mortality.

“This is something that’s not particularly partisan,” Blumenauer told the Daily Beast. “What we’re seeing is the emergence of a large and growing sector of agricultural producers that realize the cost and consequences of this problem. People are also understanding that it’s cheaper and more effective to use nonchemical techniques.” The bill, dubbed the “The Save America’s Pollinators Act of 2013” appears to be moving forward and now has 17 cosponsors.

In one more case where the Europeans appear to be way ahead of us, the European Commission temporarily restricted the some uses of three neonicotinoid pesticides earlier this year. The ban goes into effect in member countries later this year, and a scientific review of the suspension will be conducted within two years.

We know there are many more stories. Please add your own bee-related links below.