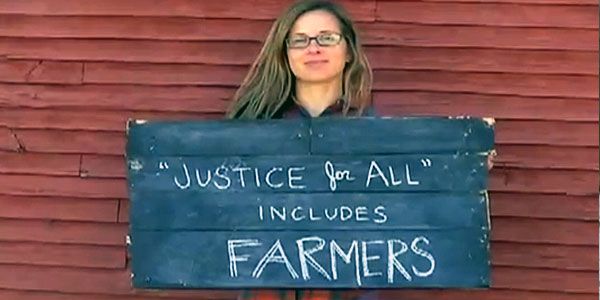 The movement toward simpler food can be complicated. Entrepreneurs looking to start farms, farmers’ markets and food hubs quickly learn that when it comes to starting and running one – on top of the day-to-day work involved – navigating the complex maze of legal requirements surrounding such work is no joke. Luckily, some the nation’s best academic institutions are creating new programs and degrees focused on food and agriculture. One of the newest – and perhaps most bucolic – is the Vermont Law School’s new Center for Agriculture and Food Systems.

Nestled in the Green Mountains, Vermont Law School is surrounded by farms. Not surprisingly, many students there have a high level of food and farming knowledge (many have farmed or are food entrepreneurs themselves) and an even higher level of enthusiasm. According to Professor Laurie Ristino, director of the new Center, “students take field trips to food hubs on their own time, they did a foraging work shop… lots of them are into fermentation, and not just of beer!” Ristino herself is a natural fit for the pastoral setting, as well as the position – she returned to New England to take the job last January  after 20 years at the USDA as senior counsel advising the Forest Service, Natural Resources Conservation Service and the Department on environmental and natural resources legal policy issues, and is an expert on the conservation title of the Farm Bill, having advised on the implementation of the 2002 and 2008 versions, as well as the runup to the 2013 Farm Bill.

The Center has no plans to focus on the mammoth legislation, however, or litigate, or offer legal advice. Ristino sees greater impact in creating “a better proactive legal infrastructure” for local and regional food producers. “We spent the last 100 years dismantling rural food systems,” says Ristino. “A big part of this was the mass movement to cities, but a lot of it was also a major shift toward economies of scale.” The Center will help potential rebuilders of food systems by creating legal tools tailored to local food as well as training and advocacy to help local food producers navigate the complex maze of regulations surrounding food production and marketing.

“Farmers’ markets have seen so much growth, but they need good governance that fits their mission to help them perpetuate.” Toward that end, the Center’s first major project will lower the barriers to legal access by producing governance templates for market organizers. “We’re helping organizers to look at foodborne illness requirements in a way that doesn’t squash the spirit of farmers’ markets but helps them to survive, helps them to see what kinds of organizational structure will work for each market, how to assess risk, all of those things.” Other inaugural projects include a similar set of legal templates for farmers who market their wares through the Community Supported Agriculture (CSA) model, and a labeling initiative geared toward helping consumers unpack the dozens of food labels currently on the market.

At the Center, students are basically law associates – writing grants and providing research for the projects – but they do other things, things you might not associate with law school. One of the first things they did upon founding the Center was to start a food-issue radio talk show, run entirely by the students. The music that plays at the beginning and end of each episode was recorded and donated by students as well as friends of the law school, as was the music accompanying a promotional video produced by students. A student named Dylan Anderson created the Center’s logo, and short of monetary reward, Ristino paid him and others, who helped decide upon the logo, with pie and ice cream, produced locally of course. “Given the complexity of the issues,” she says, “all of our talents are needed. Don’t be constrained by what you think law is. If you want to make a difference in the world, use all your talents!”

Projects like the Center are evidence of the massive surge of interest in food and farming issues, especially among young people. Says Ristino, “the last five years have seen exponential growth [in the food movement]. You know when law schools start taking notice, something is happening.”

This post originally appeared on Ecocentric. Photo courtesy of the Vermont Law Schoo.