Four Questions You Should Never Ask at a Farmers Market 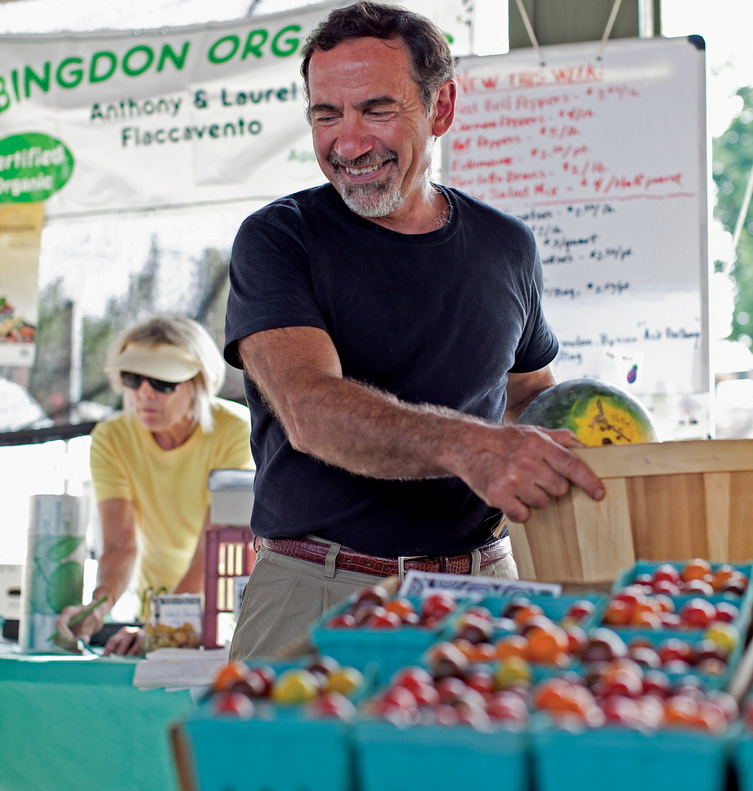 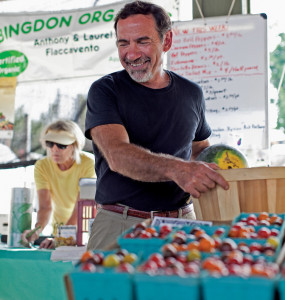 Editor’s note: In honor of National Farmers Market Week, we bring you a view from the other side of the market stand.

I’ve spent over 1,000 Saturdays and Sundays selling at farmers markets, and even after all this time I still love to answer questions. Farmers markets are one of the few places where customers can directly connect with their food, meeting face-to-face with the people who grew it. Questions are expected at market, and even encouraged. From livestock breeds to production practices, organic certification to chemical usage, I’ve been asked just about every food-related question under the sun.

Though most farmers will happily answer all inquiries, there are a handful of questions that make even the friendliest farmers want to choke a carrot. If you don’t want your farmer to turn three shades of beet red, here’s the reasoning behind four questions every customer should avoid.

1) Was this picked fresh this morning?

So what’s wrong with this question … you just want to know if it’s fresh, right? That’s totally understandable. But let’s take a moment to think about how a farm really works.

Imagine market has just opened, and it’s 8 a.m. For the last hour and a half, the farmer has been setting up his booth. Before that, he drove two hours to get to market. Sometime earlier he brushed his teeth, made a pot of coffee, and—with any luck at all—put on his pants. At what point this morning would he have had time to pick 20 bushels of tomatoes, 100 pints of blueberries, or gather 50 dozen eggs?

Truckloads of fresh food don’t magically load themselves in fifteen minutes. It takes many hands many hours to pick basketfuls of green beans or apples. This doesn’t even count moving the harvest from the field to the packing shed, or loading it onto the truck itself.

So when should the harvesting happen? At 2 a.m.? I’m picturing a bleary-eyed farmer with a headlamp, picking corn with one hand and drinking coffee with the other. As Rachel Bynum of Waterpenny Vegetable Farm explained to me, most market produce is picked a day or so before (depending on the fruit or vegetable), then loaded onto the truck in the cool of the evening before market day.

If you want it any fresher than that, you’re probably going have to grow it yourself. In the meantime, let those farmers get a good night’s sleep! Which leads me to my next question…

This one’s a classic, something I’ve been asked hundreds of times. Farmers are famous for being early risers, so it’s understandable if people are curious about a specific hour. So why add this question to my list? Because—as I’ve learned from years of experience—there’s never a satisfactory answer.

For instance, if I say, “Oh, about 6 o’clock,” the questioner’s face turns thoughtful for a moment. “That seems kind of late, doesn’t it? I mean, I get up at 5:45 myself.” If I say “A little before 3,” their eyes go suddenly wide. “Why do you have to get up so early? To milk the cows or something?”

One day, I realized there’s only one correct answer for this question: 4:30 on the dot. Not too late, and not too early. Not too lazy, and not too crazy. 4:30 a.m. is the Goldilocks of responses.

So in case you were wondering, all farmers—everywhere—get up at precisely 4:30 (although I sometimes hit the snooze button on my rooster). Any more questions?

3) I know you’re not open yet, but I’m in a hurry … could you sell me something before the bell?

Hello, Starbucks? Sorry to call so early, but your door is locked and I really need a latte. Could you open up early just for me? I’m in such a rush, and it’ll only take a second!

Where else in the world could someone get away with this question? Despite how it might appear at first glance, it takes farmers a long time to set up their booth each morning. Trucks must be unloaded, tents erected and produce arranged. If farmers opened early for even one person (and I’m talking to you, Latte Lady), they’d never be ready for the opening bell of market. Which is a perfect segue to my last question…

4) Since it’s the end of market, can I get a special deal on what you’ve got left?

This one’s a little trickier. I once asked my friend John Hyde, a baker for 25 years, what he thought about discounting leftovers at the end of market. His face lost all expression as he gave me this advice: “Forrest, that path leads to madness.”

He elaborated. “If we gave discounts at the end, then people would simply wait till the last ten minutes of market to shop. And what about the loyal customers who paid the normal price? They’d be insulted to learn they got charged more for showing up on time. It’s always better to donate it to a food bank than to discount things at the closing bell.”

Markets must never become Priceline.com or GroupOn, where last-minute deals and discounts are the norm. In order to stay in business year after year, farmers must get the price they ask for. Discounting at the end of market might seem harmless and even logical, but it’s an unsustainable practice for the farmers themselves.

Farmers markets are a place where customers should expect to have all of their food questions answered. But just like anyone else, we farmers get a little grouchy from time to time (it’s probably because we get up at 4:30). So bring your shopping list, your cloth bag and your farming questions, but leave these four at home. You’ll be a ‘market insider,’ and your local producer will love you for it.

This post originally appeared on SmithMeadows.com, along with other posts by Forrest Pritchard.  Pritchard  has a new book out this summer called Gaining Ground: A Story of Farmers’ Markets, Local Food, and Saving the Family Farm.

Photo courtesy of Bead for the World.