By Elektra Alivisatos and Judy Bankman 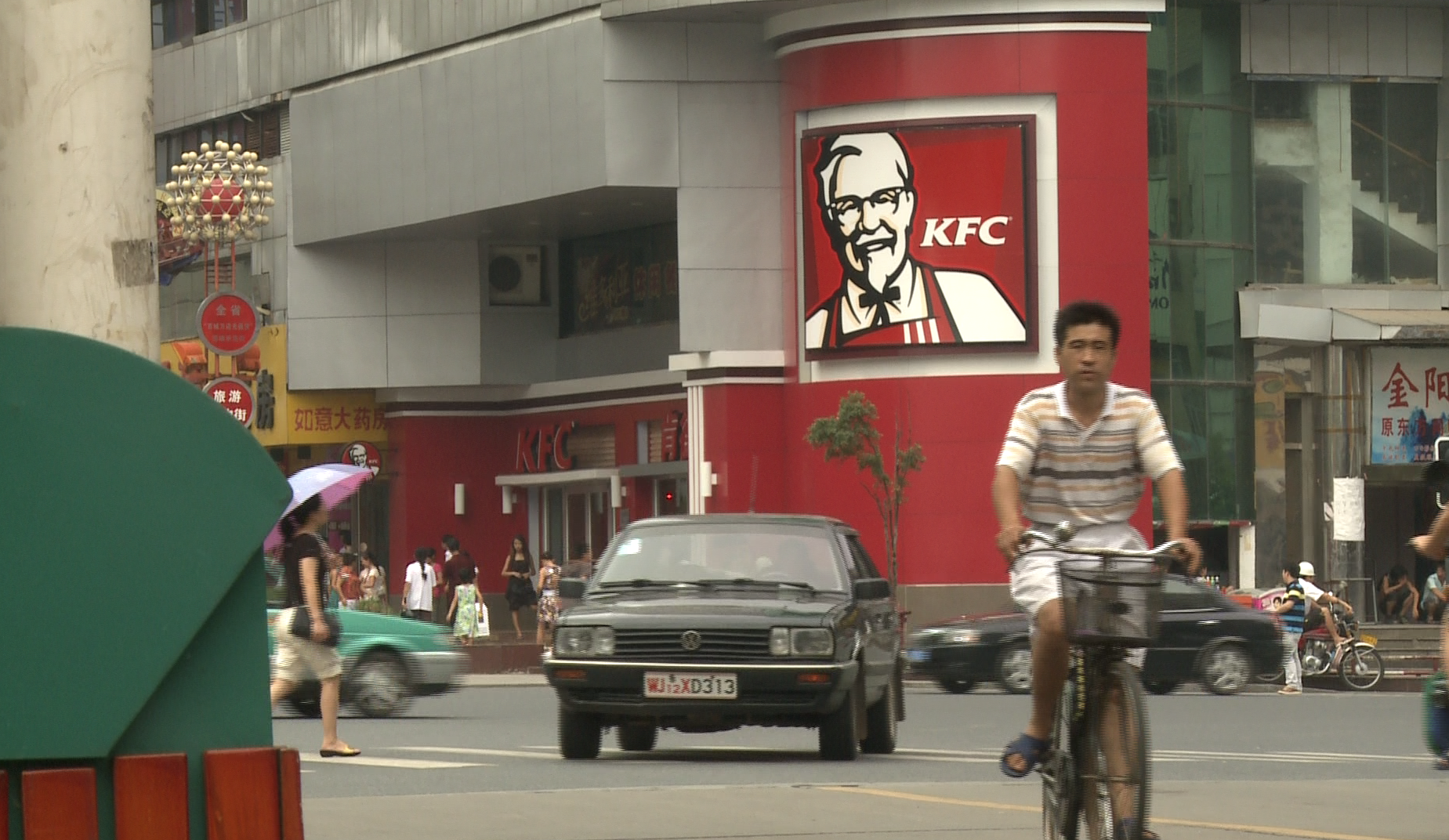 When I asked my friend living in China about fast food restaurants there, he responded, “they’re constantly packed with young people.” Though most Chinese know that American fast food is unhealthy and leads to weight gain, the growing trendiness of “Western” fast food among young people in China has contributed to its increased consumption. American franchises such as KFC are thriving. In the U.S., the chain amassed 4,618 locations in 61 years. In China, though, KFC boasted 4,260 locations in only 26 years. China now consumes twice as much meat as the U.S., a whopping 71 million tons per year.

Yum! Brands, the parent company of KFC, Taco Bell, and Pizza Hut, intends to open 20,000 restaurants over the “long term,” according to their Web site. Meanwhile, McDonald’s is expanding in China at the rate of 10 new restaurants per week. These alarming figures reveal how much American fast food culture has already permeated China. And with the burgers and fries come a host of public health consequences.

American fast food chains serve consumers Western-style food products: High in saturated fat, simple carbohydrates, and sugar, with a lot of processing and little nutritional density. In contrast, a traditional rural Chinese diet features plant-based protein, low cholesterol, and some dietary fat. As obesity has become an increasingly common public health concern in the U.S. and other countries, research has shown links between consumption of the Western diet and chronic disease.

For example, a study conducted at the German Institute of Human Health found a link between weight gain and consumption of a Western diet high in processed meats, refined grains, sugar, and potatoes. A 2012 study published in the journal Circulation found that Chinese men and women who consume Western fast food more than twice a week were at higher risk for diabetes and cardiovascular disease. According to Dr. Tsung Cheng at George Washington University Medical Center, “fast food and physical inactivity” are the two most important factors fueling childhood obesity in China.

China’s youth are particularly at risk for developing chronic disease. Like the U.S., China has seen an increase in weight gain and related chronic health conditions among youth. A 2012 study in Obesity Reviews Journal compared the risk of chronic disease in China to other countries including the U.S.

The researchers found that approximately 12 percent of Chinese children and adolescents aged seven to 18 were overweight and about 1.7 million children under 18 suffered from diabetes. Additionally, the rate of diabetes among Chinese adolescents aged 12 to 18 was about four times that of American teenagers.

Of course, fast food consumption is only one piece of a larger puzzle. Obesity is a result of both biological and environmental factors, including one’s access to and knowledge about healthy food and one’s family traditions around food. What drives someone to eat fast food is complex, and perhaps in China, this drive is amplified by the one-child policy.

As its name implies, the government’s one-child policy requires families to have no more than one child, barring a few exceptions. Single children are called xiao huangdi, which means “little emperors.” In fact, Wikipedia even has a page devoted to “Little Emperor Syndrome.”

This glorified status within the family structure is often said to create an environment where adults dote upon the child, feeding them whatever foods they desire. Essentially, the single child gets an excessive amount of attention, which often leads to eating a lot of fast food.

Whether the high rates of diabetes and childhood obesity can be blamed on fast food, “Little Emperor Syndrome,” or both, these issues demand serious public health attention. The Chinese government should carefully regulate fast food marketing to children and teens, as well as encourage fitness programming in schools.

The EatSmart@School Campaign, a program run by the Chinese Department of Health, assists primary schools that want to create a more sustainable, healthy food environment. This campaign helps schools establish “healthy eating policies,” in order to increase awareness, and provides online resources including recipes and printable nutrition education materials for teachers and parents.

While these types of campaigns are beneficial and necessary, attitudinal shifts also need to occur in order to effect lasting change in consumption habits. Though it will certainly prove a complex task, the global image of American fast food as a trendy, modern sign of wealth needs to change. In fact, it needs to be reversed completely so that developing countries like China do not fall victim to the same chronic diseases we know so well in the U.S.

Although no country has yet attempted to transform the image of American fast food, perhaps China can take on the challenge. As a nation moving rapidly through an economic and nutrition transition, maybe China will understand the recent links between health and the Western-style diet and begin to reconsider the idealized image of American fast food.

Elektra Alivisatos is a senior at Princeton University studying anthropology and global health and health policy. Following her junior year independent work on the American Thanksgiving meal as adopted by immigrant families, she intends to write her senior thesis about the National School Lunch Program and childhood obesity. Read more >