No Justice, No Juice: Food as a Tool for Organizing | Civil Eats

No Justice, No Juice: Food as a Tool for Organizing 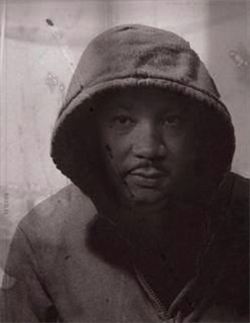 It’s hard to talk about race in this country. People across the country come together to march and voice frustration with the verdict from the Zimmerman trail. We are now forced to talk about race. The silence of the food movement on the issue of justice in the case of Trayvon Martin/Zimmerman trial is deafening. I know that many of us were among the thousands that marched. I marched too. I wondered, what can the food movement offer the social movement against racism and injustice? I got involved in the food movement because of my son’s food allergies. I felt that my son, a black boy, deserved the best food available. I did everything in my power to get the best food I could find for my son.

Yet, I am tired. I am tired of being in a food movement that can get all up in arms about the most obscure parts of public policy but not say a peep when a national social justice issue emerges on race. We can see the injustice in a lack of inclusion in TEDx talks, but cannot see how our food movement is connected to the larger social justice movement against racism. We should wake up.

Maybe we are afraid. Perhaps we are afraid that the elitism of our food movement will be exposed. Telling people to eat healthy and supporting schemes that will regulate what poor white people and people of color will eat because they will waste their SNAP benefits on potato chips and pop. Our holier than thou attitudes toward people’s plates is mindboggling. If we turned the magic magnifying glass on our own plates, I bet we would find more junk than on the plates of those that receive SNAP benefits.

Maybe we are afraid that the rest of the world will learn that food movement refuses to address issues of race and class. In fact, issues of race and class are relegated to places far behind food production, conservation practices and farmers’ markets. People of color are second-class citizens in the food movement and our issues are horse-traded against seemingly more important issues. Perhaps we are afraid that we will expose the world to the fact that most of the food organizations that lead the food movement are led by white men. Enough said.

Many of those same white-led organizations do not hire people of color and can only include people of color on staff or in meetings as an afterthought on diversity. Some food and agriculture groups don’t even bother with the window dressing – they simply offer lip service to fill the justice void. How many of us have looked sideways at a food justice program housed at a white-led organization that uses black and brown children to prove that they are changing the eating habits of people of color? Those same organizations ignore the parents, and would not consider hiring the parents of those same children to sweep the floor, let alone operate a program. Those white-led, youth-focused groups that use youth of color ought to lead the charge against “Stand Your Ground” laws.

A 17-year-old black boy was killed because of the color of his skin and his murderer went free–we ought to say something. We must say something. We must use food as a tool for organizing. Systemic racism in the food system exists right alongside racism in the movement. The food justice movement and the call for equity in the food system has been characterized through community-level interventions designed to increase access to fresh fruits in vegetables.

The usual interventions include urban food production and retail markets such as farmers markets. Many of us have been involved in public policy solutions that have failed to support the infrastructure development needed to support community-level change. We have walked away from the policy tables disillusioned, hurt and angry. Most times we lose the fight, leave or are forced out of organizations that we have poured our blood, sweat and tears into.

Financial support to build community-level food enterprises is difficult to obtain. Food justice projects are set up as non-profits and must rely on philanthropic support to survive.  This isn’t so bad, except that there are only a few foundations that fund food justice work. Forced to create solutions that are informed by people of color, food activists like myself are caught between a rock and a hard place–calling for increased food access, promoting the local food system, and knowing that the food we most need in our neighborhoods will cost more, knowing damn well that we often have to fight with those that purport to be on our side.

The miscarriage of justice in the Zimmerman trail presents a unique opportunity to link the food justice movement with the larger social justice movements that seek to abolish systemic racism in the United States. The food movement should organize a national boycott of Florida-grown products to support the abolishment of “Stand Your Ground” laws in Florida. This is the law that allows the life of a black or brown child to be viewed as worthless. A black or brown life is not worthy of legal protection.

The No Justice, No Juice boycott will encourage people to boycott products that are grown or made in Florida. The boycott can also steer people to food produced by local farmers on urban and rural farms. The call to boycott Florida-grown can serve as a reminder that our food system is based on injustice and it will never right itself unless we force the corporations that are holding our food system hostage to change their practices and get on the right side of justice. The food justice movement ought to be on the side that protects the bodies of black and brown children.

Much like the grape boycotts of the 70s we can join our cause with the social justice movement. We must get out of our silos and get into the justice movement. Speaking of the grape boycott, Cesar Chavez said, “the consumer boycott is the only open door in the dark corridor of nothingness down which farm workers have had to walk for many years. It is a gate of hope through which they expect to find the sunlight of a better life for themselves and their families.”

A Florida-focused consumer boycott in the case of Trayvon Martin’s murder is “an open door in the dark corridor of nothingness” down which black and brown boys have had to walk for many years. A consumer boycott of Florida grown products can offer hope that we can change the system using food as a tool to mobilize.

The Florida citrus industry is a $9 billion industry, employing nearly 76,000 Floridians. That’s $9 billion that support a state that does not support justice. We ought to withdraw our enthusiasm immediately.   According the Florida Citrus Web site:

Florida is second only to Brazil in global orange juice production and the state remains the world’s leading producer of grapefruit. Florida produces more than 70 percent of the United States’ supply of citrus, with major overseas export markets including Canada, Japan, France and the U.K. In most seasons, more than 90 percent of America’s orange juice is made from Florida-grown oranges. Nearly 87 percent of Florida citrus is processed into orange and grapefruit juices.

Michael Pollan, food journalist, encourages people to “vote with their forks.” It’s time for the food movement to get political–we need to vote with our votes. We need to vote down “Stand Your Ground” laws. Vote against politicians that support “Stand Your Ground” laws. In the meantime, do not shop with Florida. While grocery shopping ask yourself the following questions–is it fair, is it just, is it healthy and is it grown in Florida? Tell the store manager that you do not support injustice.

Food justice advocates–let’s do our part to end systemic racism by helping to repeal this unjust law.  Boycott Florida and teach our folks how to grow their own food and where to buy food that supports justice. I am sure that I do not have to tell you what to buy, Americans are shoppers by nature–you will find something else buy.

Just don’t buy anything Florida made.

Remember NO Justice, NO Juice!

This post originally appeared on the Food Justice NOW blog.

LaDonna Redmond is a mother, activist, author, lecturer, and writer. In her spare time, she is president of the Institute for Community Resource Development, an organization committed to achieving SOUL food systems (Sustainable, Organic, Urban and Local) in communities of color. Read more >