Eating on the Wild Side | Civil Eats

Eating on the Wild Side 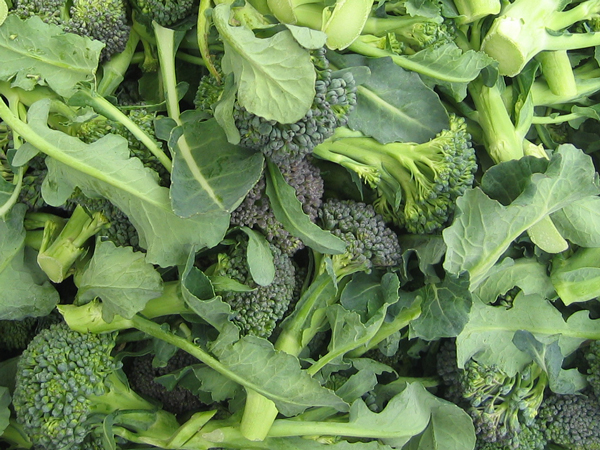 We’ve all heard the old adage “An apple a day keeps the doctor away,” but is there much truth to it? And will any apple do? Not really. According to Jo Robinson, author of the new book Eating on the Wild Side: The Missing Link to Optimal Health, the most common modern apple varieties are nutritionally inferior to their wild-growing ancestors.

Since the advent of agriculture some 10,000 years ago, she argues, humans have bred fruits and vegetables for mildness and sweetness, and we’ve lost thousands of healthful and more boldly flavored varieties in the process. We’ve sacrificed antioxidants, vitamins, and fiber for sugar and carbs.

But all is not lost. Robinson spent the last 15 years poring over data to find fruits and vegetables that have retained the nutritional character of their wild forebears. For example, did you know that Bing cherries have four times the antioxidant content as Rainiers, and beets have 50 times more than a typical orange carrot?

In her book, Robinson lists hundreds of these varieties that you can find at your local farmers’ market or grocery store, and she shares tips for choosing, preparing, and storing them to reap the most nutritional benefit. We talked with Robinson to learn more about her findings, as well as what role farmers and eaters can play in bringing these healthful, wild-side foods to our tables.

Can you tell us a bit about your background and your inspiration for writing the book?

My interest in food and nutrition goes back to childhood. One of my grandmothers was a food activist. She was campaigning against white bread and Coca-Cola in 1910, and she was picking on the USDA because they were saying we should eat white bread. I grew up being fed whole-wheat bread, nuts, green tea, and other foods that were so far ahead of our times. The lesson I learned was that some foods are better for you than others—and they’re not necessarily the ones that medical professionals or the USDA are telling you to eat. 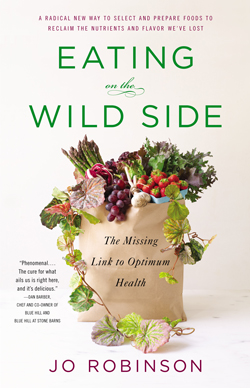 How has agriculture contributed to a loss of nutrition in modern plant varieties?

The biggest drop in nutrients was probably 10,000 years ago, when we stopped eating  wild foods and became farmers. We picked the sweetest and oiliest varieties to breed, but we now know that many of the healing compounds in fruits and vegetables are slightly bitter. We chose the sweetest species of apple in the world around 300 BC, and from that point on we kept breeding sweeter and sweeter varieties. About 1,000 years ago we decided we didn’t want seeds in our grapes, and there was this mutant grape, the Thompson grape, that didn’t have seeds. It also did not have anthocyanins or resveratrol, which are two beneficial phytonutrients found in grapes.

What exactly are phytonutrients, and why should we care about them?

Phytonutrients are substances that we now think provide most of the health benefits of eating fruits and vegetables, even more than some familiar ones like vitamin C and beta-carotene. These molecular compounds are the reason that eating more fruits and vegetables increases health and reduces risk of disease.

Some people have probably heard of lycopene in tomatoes and anthocyanins in grapes and blueberries, but there are 25,000 different phytonutrients that have been identified so far. This is brand new science. Most of what I write about has been discovered in the last 15 years, and our understanding of the health benefits is just as recent. We bred out what I call “the medicine in plants” long before we knew these phytonutrients were there or what they did for us. I want to get more of them back into our food because they are powerful fighters of cancer, heart disease, obesity, and diabetes.

How can we find these wild foods in our modern world?

Even if wild foods were widely available in the grocery store, most of us wouldn’t eat them because we wouldn’t like the taste of them. My book helps people forage in the supermarket and farmers’ markets. Scientists have been looking at the phytonutrient content of specific varieties. They’ve found, for example, that cherry tomatoes, grape tomatoes, and currant tomatoes might have 20 percent more lycopene than the big beefsteaks. We need a shopping list of these modern varieties, and I have hundreds listed in my book. 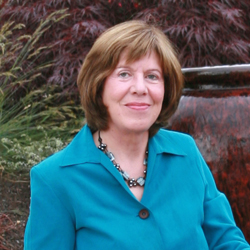 What are some of the nutritional benefits of shopping locally at farmers’ markets?

Freshness is paramount not only to flavor but also to phytonutrient content. Many of our most nutritious foods, such as asparagus, broccoli, spinach, kale, cherries, and most lettuces, lose their nutrients within days. By the time broccoli arrives in the supermarket and gets into your refrigerator, as much of 80 percent of the cancer-fighting compounds are gone. Getting these items at the farmers’ market, where they are freshly picked, and eating them that night or the next day helps you get all the nutrients they have to offer.

What role can farmers play in reintroducing some of these nutrient-rich foods back into our diets?

My book is a blueprint for market farmers’. A big commercial grower can’t just turn on a dime, but a market farmer can start offering these super nutritious foods as early as this fall. It’s going to give a tremendous edge to farmers who are growing for local markets. The current gold standard is local, organic, and heirloom. That’s not good enough. Whether something is grown 15 miles or 50 miles from your house is no indication of nutrition, except maybe freshness.

The Golden Delicious apple is a 100-year-old heirloom, but it has so much sugar and so few phytonutrients that, in one study, it actually increased the risk of heart disease. We’ve been going back to these heirloom varieties because we think they’re the best, but it’s actually the wild foods that are healthiest for us. In farmers’ markets all around the country you’re starting to see people bringing in truly wild foods, which is excellent, but I want to see food that’s as nutritious as possible to be accessible to everybody.

There’s also a cultural shift that needs to happen, since our palates may not be used to these flavors and foods.

Americans are the food wimps of the world! In other countries, they savor bitterness. We need to learn to embrace bitterness a little more.