The Wheat Revolution Will Not Be Genetically Engineered | Civil Eats

The Wheat Revolution Will Not Be Genetically Engineered 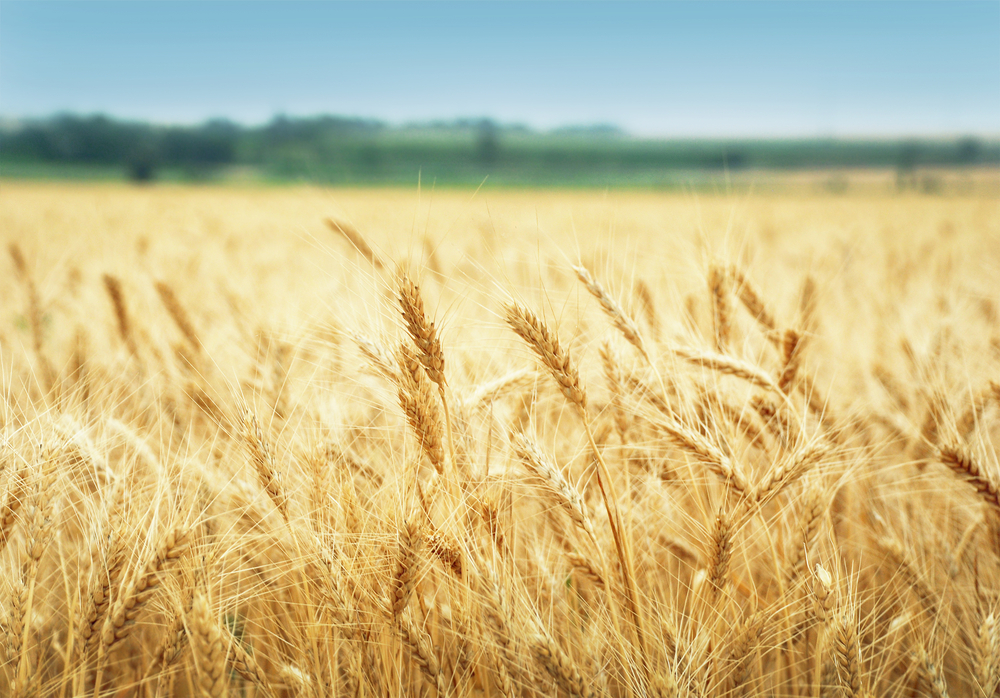 On Wednesday, the U.S. Department of Agriculture (USDA) announced that genetically engineered (GE) wheat–which was planted in trials that ended in 2001 and has not been approved for sale–was found in eastern Oregon. While the U.S. Food & Drug Administration (FDA) says the GE wheat is safe to eat, countries like Japan have already halted imports fearing contamination. This has happened before, with rice after traces of unapproved GE strains were found in the 2006 harvest.

Wheat farmers in the Pacific Northwest export up to 90 percent of their harvest; most of it is used to make noodles in Asia. “We are taking this situation very seriously and have launched a formal investigation,” said Michael Firko, of the USDA’s Animal and Plant Health Inspection Service, in a press release.

The issue of genetic engineering of crops has been in the news in Washington state, as I-522, a  GE labeling initiative moves forward to the November 2013 ballot. While the Washington Association of Wheat Growers has been dismissive of claims that labeling would affect farmers’ abilities to export wheat, a response to the announcement of the discovery of the GE wheat in Oregon emphasized the safety of the food, and sought understanding from trade partners as the investigation continues.

Farmers in the east side of Washington grow 2.5 million acres of wheat, much of it the soft white wheat aimed for Asian markets. West of the Cascades, other markets for wheat are being cultivated. Farmers in this area are poised to feed the informed eaters who want grains with more identity than the anonymous products of the state’s grain belt.

Washington State University’s Mount Vernon Research and Extension Station tests 40,000 varieties of wheat each year–none of them genetically engineered. When Stephen Jones, director of the station, was the winter wheat breeder for Washington State University in Pullman, from 1995-2007, he struggled openly with farmer interest in GE crops. He wouldn’t breed anything that took ownership away from farmers and put it in the hands of corporations.

While all seed breeding seeks to develop specific traits, genetic engineering works through gene transfer, and can cross species barriers, which classical plant breeding cannot. Another reason genetic plant breeding is favored is the speed at which desired traits can be grown out. Jones is content to work at the pace of plants.

Plants have been hybridizing without human intervention for millennia. Jones and other plant breeders use classical breeding methods, relying on pollen to achieve results just as their peers did in the 1800s, when hybridization first became a habit.

“We make a cross in a greenhouse, put a male with a female in a dialysis sleeve,” said Jones. “Two generations out we plant test plots.”

However, even hybrids are perceived by some consumers as bad. The lack of transparency about genetic modification is adding to consumer confusion about seed breeding in general. Wheat breeding is taking a big hit from misconceptions promoted in the book Wheat Belly, which attacks modern wheat hybrids, claiming they are addictive and make people fat.

These fears and other concerns about gluten are giving gluten-free products a fierce market presence. On the other side, there is a separate, small but strong movement to relocalize grains, and Jones is part of it.

Across the country, farmers are putting grains in ground that haven’t seen a flour mill or malthouse for nearly a century. Researchers like Jones are working to help farmers find varieties that grow well in these areas, and also serve the needs of bakers and brewers. Conferences on grains and bread–like the Kneading Conference West, which Jones helps organize–are driving the movement forward.

“If you look at Iowa, this is what’s wrong with agriculture,” he said in Vermont in March, showing a 2008 USDA map that highlighted wheat production with green dots. The state was nearly white. “One hundred years ago, Iowa would be bright green. Now it’s wall to wall corn and soybeans. Winter wheat avoids drought. Corn and soy do not.”

The Northern Grain Growers Association had invited him to speak on the topic of growing grains “out of place,” or beyond the regions where the commodity crop is generally produced–eastern Washington and Oregon, Montana, the Dakotas, and Kansas. Jones gave a similar presentation in Tacoma at the Cascadia Grains Conference in January.

In the last century, same as other parts of our food supply, grain production was centralized. A staple food became a commodity crop, and the farmer know-how, and equipment needed to grow grains regionally was lost.

The research station builds on what farmers in the Skagit Valley and elsewhere in western Washington do know–how to grow commodity grains–with a goal of creating a closed loop system to meet the needs of farms and eaters in a region, from animal feed to flour and malting barley.

“These aren’t wheat farmers, these are farmers who grow wheat,” Jones said at his office and labs. Wheat farmers in eastern Washington grow large acres of commodity grains and little else. Farmers in his part of the state can’t afford to grow grains as their main crop. The land is too valuable, and the income from wheat is too low. Still, every few years, tulip, vegetable and seed farmers grow grains to break disease cycles and build up organic matter in the soil.

Growing the same plants year after year courts pathogens and pests. Grains are in the grass family, offering a break from the problems invited by other families of plants. Each family has different biological foes, so rotations help plants handle problems like funguses and bugs. Grains also add organic matter to the soil. Adding value to the grains farmers grow in rotation boosts farm economies as well as soil. Keeping those grains at home is key to Jones for many reasons, and not just because local food is in right now.

“I do like to get beyond the cliché of local and heirloom,” he said, and get to the root of the matter, which is to keep farmers farming in an area facing heavy development pressure.

News of GE wheat may well serve this mission, as consumer interest in non-commodity non-GE wheat could rise. Meanwhile, wheat farmers will have to contend with the risk of cross-contamination from this errant wheat–and the inadequacies of a regulatory system unprepared to ensure that it doesn’t happen again.