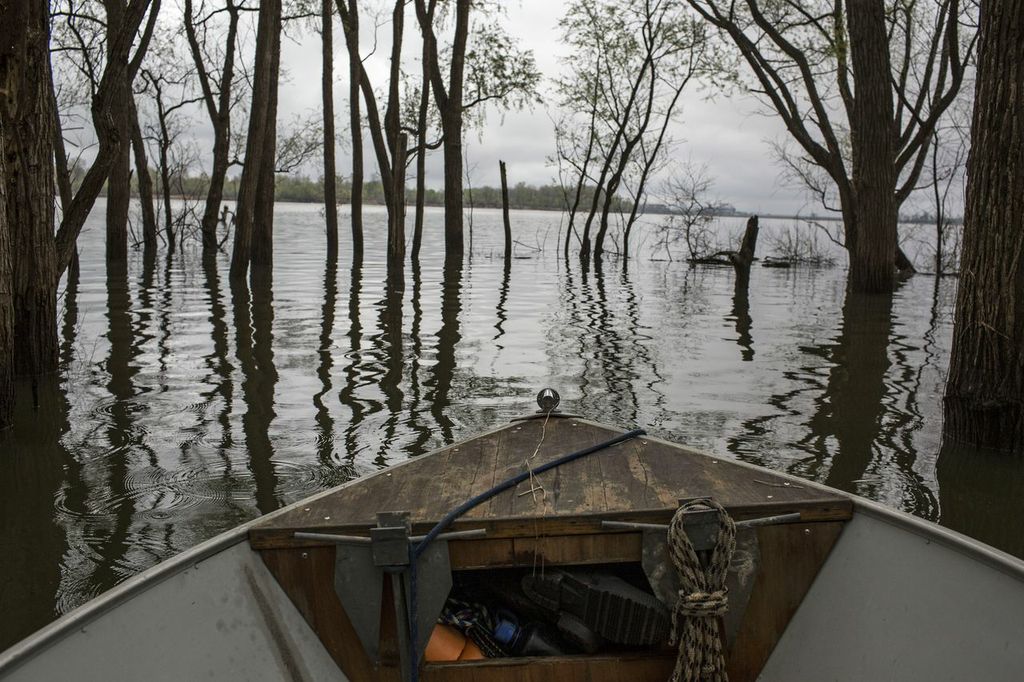 In the latest report by the Food & Environment Reporting Network in partnership with The American Prospect, reporter Paul Greenberg, author of the New York Times bestseller Four Fish, tells the story of how the “dead zone” in the Gulf of Mexico is the result of decades-long U.S. agricultural practices and investigates some of the promising solutions to fixing its future.

The story, “A River Runs Through It,” features a first look at some of the key players working to keep nutrients out of the Gulf, from a Minnesota conventional commodity farmer to a leading scientist who has studied the marsh ecosystem for 25 years, to a MacArthur genius grantee in Louisiana, who was one of the first to shed light on the dead zone phenomenon. Greenberg also talks with U.S. Secretary of Agriculture, Tom Vilsack, who supports voluntary interventions.

Greenberg explains how, as industrial agriculture and animal feed-lots have spread around the globe, dead zones have been spreading exponentially along with them. He explains: “Dead zones begin when rivers carry nitrogen and phosphorous-based nutrients—primarily agricultural fertilizers—into the ocean. In the case of the Gulf of Mexico, it is the Mississippi River that delivers nitrates and phosphates from the American heartland into the Gulf at a rate of 1.7 million tons per year. Once this stew of nutrients reaches the ocean, algae bloom in prodigious amounts. When those algae die and settle to the bottom, bacteria consume them, sucking life-giving oxygen from the water.”

Greenberg profiles corn and soybean farmer Brian Hicks, who is trying to manage the runoff in his fields through a number of voluntary measures supported by the USDA. “But it’s important to note that none of these efforts is directed at the core of American agricultural activity—the production of corn and soy,” writes Greenberg. “Rather, what the department seems concerned with is a complicated dance with other regulatory bodies, particularly the Environmental Protection Agency, to avoid telling the politically important constituency of swing-state Midwestern farmers what to do.”

Secretary Vilsack defends the approach, telling Greenberg: “If you have a voluntary operation and you are able to measure and quantify the benefits from that voluntary effort, then it may not be necessary that you establish requirements or mandates. This is an incentive-driven system, which is designed to provide a reason for people to do something as opposed to force them to do something.”

“There are some who believe that everything Vilsack is proposing and that farmers like Hicks are executing is nothing more than a Band-Aid on a gaping hemorrhage that started the moment settlers began their free-for-all on the prairie and sliced into the Midwest’s native sod,” writes Greenberg.

He talks with Wes Jackson of the Land Institute in Salinas, Kansas, who explains how planting perennial crops could be part of the solution by absorbing and maintaining nutrients in the soil. And Greenberg examines other solutions, including redirecting the river back to its natural shape so that sediment settles before it reaches the Gulf and rebuilding marshland in Louisiana to absorb nutrients.

While saving the Gulf is expensive, Greenberg posits that the money could come from BP, if it ever settles the federal Clean Water Act lawsuit it faces in the wake of its 2010 Deepwater Horizon oil spill. MacArthur Genius grantee and scientist Nancy Rabalais tells Greenberg that the only way to truly save the Gulf is through USDA reform and changing policies that encourage and support the planting of corn.

Greenberg asserts that doing nothing is not an option. He points out that a similar situation in the Black Sea was mitigated when the Soviet Union collapsed, followed by the waning of fertilizer subsidies. But it might have already been too late.

“The dead zone in the Black Sea has indeed been fixed. The sea has come back to life, but only to a point,” he writes. “According to scientists who studied the Black Sea’s transition, the communities that once lived there will never fully recover.”

This is our second story in partnership with The Prospect. “Part travelogue down the Mississippi River, part intense conversation with those who want to fix the dead zone, part mourner’s prayer for a way of life that is under threat, ‘A River Runs Through It’ is a remarkable piece–and I’m delighted the Prospect is publishing it,” said Kit Rachlis, The American Prospect’s Editor-in-Chief.

The story was photographed by Dennis Chamberlin, a Pulitzer-prize winning photojournalist and an associate professor of journalism at Iowa State University, while Switchyard Media of Seattle produced the infographic.

“This story was kind of a ‘perfect storm,’ because Paul’s such an exceptional reporter and writer,” said FERN Editor-in-Chief Sam Fromartz. “But we also knew Dennis’s memorable photos and Switchyard’s strong visual storytelling would engage readers as well. The American Prospect worked hand-in-hand with us through the entire process.”

Our previous collaboration with The Prospect, “As Common As Dirt,” about the routine underpayment of farmworkers, recently won a James Beard Journalism Award.

You can read the full report on the dead zone at The American Prospect or here on FERN’s Web site, including this infographic explaining the dead zone’s formation.