Reclaiming the Kitchen: In Conversation with Michael Pollan 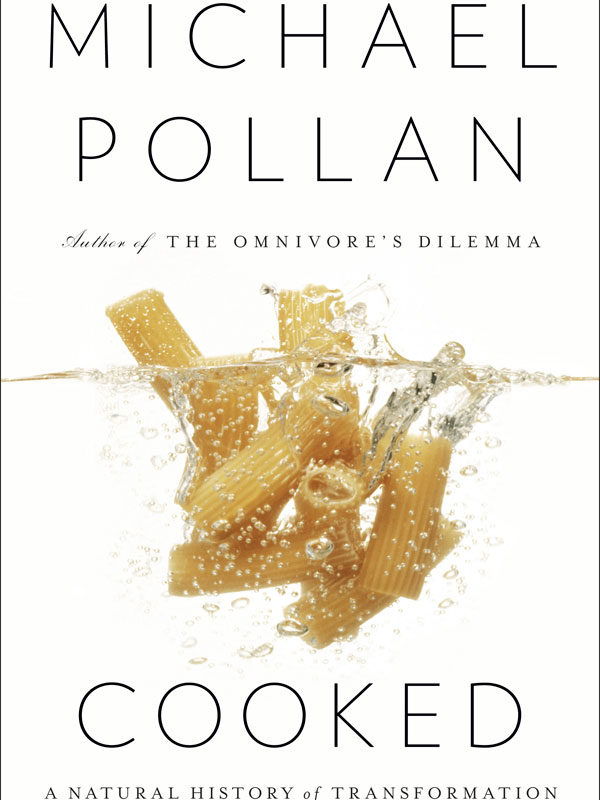 In his latest book, Cooked: A Natural History of Transformation, author and journalist Michael Pollan investigates the lost art of cooking, apprenticing himself to bread bakers, fermentos, pitt masters, and others to learn how to take back the kitchen. We sat down to chat with Pollan about why cooking is empowering, how to feed your superorganism, and to get his thoughts on the current state of the food movement.

After having written six books, many about the intersection between food production and nature, what led you to write a book about cooking?

I never planned to write a book about cooking. It was really just what I realized was going on after Omnivore’s Dilemma, which was about the earth end of the food chain. Then after two books about health–the body end of the food chain–I came to understand that the seemingly obvious link, the one in which we transform plants and animals into food, was perhaps the most important. This was a truth hidden in plain sight, to me at least. What we cook has an enormous bearing on the kind of agriculture we have. And on the other end the best predictor of a healthy diet is not a nutrient or a particular food, but an activity–cooking–and specifically, who is cooking your food, is it a corporation or a human being? That is a key predictor of the healthfulness of your diet and the likelihood of whether you are struggling with obesity or chronic disease.

Americans are spending less and less time cooking. What do you think needs to happen to get us cooking again?

Part of it is trying to change cultural norms, which is why we tell stories like the stories I tell in this book–hopefully to get people excited about cooking and make them realize that this is a pleasure they are being robbed of, rather than t a drudgery they want to outsource. Another thing is that we have a crisis in skills. There is now a generation whose parents did not cook, and they don’t have a clue what to do. So we really have to look at teaching cooking skills in schools again, bringing back a kind of non-gendered updated home-ec, making cooking classes available to everybody who wants to learn, and I really do think that the kinds of cooking programming on TV is not encouraging people at all, it is having the opposite effect. It makes cooking look heroic, competitive, scary, dangerous–everything but approachable.

One of the stories that you tell in the book involves a visit to a Wonder Bread plant where they churn out 155,000 loaves per day, and then you visit Dave Miller, an artisan baker who mills his own grains and bakes 400, 100-percent whole grain loaves per week to sell at the farmers’ market. Looking at that model, is Dave the past or the future?

Well, look who is still in business: Dave Miller is, and Wonder Bread is not. [Editor: Hostess, the maker of Wonder Bread, went out of business in November 2012.] Dave Miller was selling his bread for 45 cents more per loaf–a loaf that was heavier by the way, more food by weight, and dramatically more nutritious and delicious. The Wonder Bread–I don’t even know if we should call it bread. We used to have rules for what you could call bread. It had to be made with wheat flour, water, salt, and yeast, and anything else was not allowed to use the word “bread.”

But we’ve loosened up the rules and those Wonder Breads that I was writing about have 30 or 40 different ingredients. I bought a loaf of Wonder Bread the day that the company closed. I figured it would soon go bad and I’d throw it out and just save the plastic bag. But today it is still soft. How do they do that? A product which simulates bread with lots of sugars, lots of chemicals, a huge amount of yeast to do quickly what nature takes several hours to do, and which only nourishes to the extent that we can supplement it with lots of vitamins–I don’t see a future for that model. I don’t know that we are all going to go back completely to artisanal baking and I don’t know that we’re all going to go back to home baking even in big numbers, but real bread from actual bakeries, that market is growing and we’re having a renaissance of good bread in this country, and it is one of the more encouraging developments. 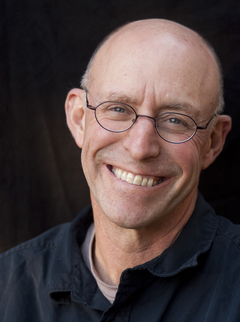 We really loved the section in the book on fermentation. You describe how microbiologists have discovered that nine of every 10 cells in our bodies belong not to us, but to these microbial species mostly in our gut, and that 99 percent of the DNA we’re carrying belong to those microbes. What does that tell us about ourselves, and can you talk a little bit about what you discovered in your reporting?

You are only ten percent human, no matter what you may think; we really are a superorganism. We’re like a coral reef with a brain. And our health really depends, as that paper I quoted was saying, health is a property of the human microbiome community. It is a community property, not an individual property. And that is a whole new way of thinking about health and medicine that requires us to take their interests into account.  That was kind of the big surprise for me; that learning about this fermentation that takes place outside, whether in a loaf of bread or a crock of kimchee, shed a lot of light on the fermentation that takes place inside, and that one was such a good food for the other. There is research that suggests that not just the microbes that you get from fermented foods but the lactic acids and the fiber that is still there are just kind of optimal foods to feed the internal fermentation. It’s an argument for what we knew in a way, which is to say a diversified plant diet. We know how to feed this part of the body, we’ve just kind of forgotten with processed foods.

You studied under cheesemakers, beer brewers, bread makers, and others–all somewhat complicated processes that are often pursued by artisans as their livelihood. Which of these things have really stuck with you and continue to be a part of your cooking routine?

I’ve been surprised that I do still do all three of those things, not as often or as obsessively, when Isaac [Ed.: the author’s son] is home from college, we will often brew beer. Baking bread is something I do more often. My starter is still alive and well, and once or twice a month I’ll make some bread. I find that process to be incredibly satisfying and therapeutic. When you are in the middle of writing, it’s just the right kind of rhythm, you have to get up every 45 minutes and go downstairs and have this sensory experience of turning your dough and smelling it, tasting it, seeing how it feels and if it’s ready. And I’m so convinced of the value of eating [fermented foods] that I usually have a crock of kimchee going, and I try to have a spoonful or forkful at lunch. I’m doing more of those so-called extreme cooking adventures, which turn out not to be so extreme once you have the skills.

Why make these things from scratch, if, especially in the Bay Area, it’s easy to get excellent bread or beer?

That’s a good question. There are people doing a better job than I’m doing. The reason is that it really feels good to do something for yourself. We are overspecialized, specialization is one of the diseases of modern civilization. It’s wonderful in the sense that it allows me to make a living writing, and it allows others to make a living doing other things. But it is infantilizing. It breeds dependence. It is incredibly satisfying to learn that you can do something that you thought you had to pay someone else to do.

And that goes for doing household repairs, fixing your car, and all that kind of stuff. But we outsource everything. Cooking is one of the easiest of these services to insource. It’s not that hard to learn, it’s not that expensive to do–in fact you save money. I think we need to defend a space around us and our families from the infiltration of commercialism and commercial interests. I really do think that corporations find markets by finding new things to do for us. And one way to push back is to brew your own beer once in awhile and make a good bread. The other thing it does for you of course is it makes your appreciation for the artisans in your community that much more keen. When you make it yourself it just has so much more meaning in it, so much more soul.

We’ve seen major food policy organizations like the Community Food Security Coalition, Organic Farming Research Foundation, Food & Society Fellows, Slow Food and others shut their doors or experienced setbacks in 2012. Where do you think the food movement is right now in terms of effectiveness? What do you think is needed to bring the movement to the next level of public and political awareness?

I think the movement is a big, messy movement. It is not like the movement for gay rights–it doesn’t have a single, clear objective. And I think this is both a strength and very often a weakness. Many of the people operating under that umbrella of the food movement are really looking for very different things, some with more success than others. So it has always been a little artificial to say its a movement, in the conventional sense that everyone is kind of rowing in the same direction. And some run into real headwinds and have made real progress. I think that the animal rights people have had one of the better records of success. And there are labor issues, too–and the Coalition of Immokolee Workers has had some victories.

I don’t think that people should be overly discouraged by the fact that there is going to be some creative destruction along the way. I think there was a lot of hope around the Obama Administration that has been disappointed, and maybe that hope was misplaced to begin with, but this was clearly not an industry that this administration was ready to tackle in any dramatic way. If you look back in the last four or five years, there have been some concrete victories, they’ve tended to be less legislative, although there have been a few of those, too, but the big work has been going on in the cultural sphere. Which is to say, greater and greater consciousness of these issues, it is much more front-of-mind for a lot of people.

But it’s a very young movement and its going to take a long time. If you look at the environmental movement, it took generations before we got to Earth Day. We’re nowhere near Earth Day with the food movement. But you have to really go back to the writers and thinkers of the 19th Century who put the environment–even though that word didn’t exist–onto the national agenda. I’m not discouraged, it’s going to be two steps forward, one step back for a long time.