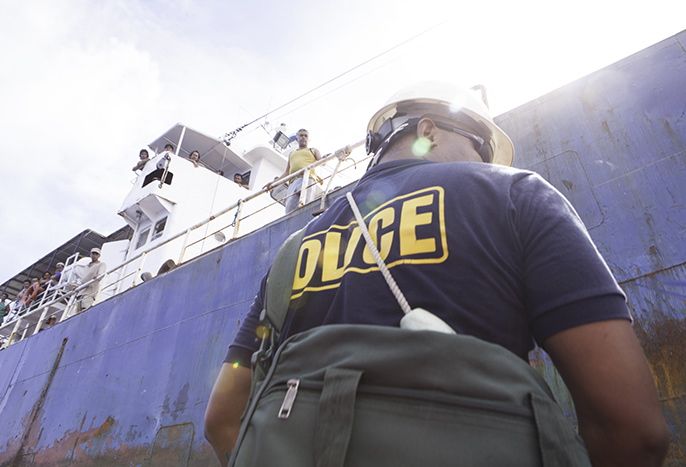 In the Pacific, eight island nations have recently come together to protect the world’s last healthy tuna populations from the perils of the lawless sea, the first agreement of its kind, reports Shannon Service in the Food & Environment Reporting Network (FERN)’s latest story, “The Saudi Arabia of Sashimi,” for Slate. This report follows a recent radio broadcast supported by FERN on this topic produced by Service for PRI’s The World.

“Tuna is the oil of the Western and Central Pacific with the region’s stock worth $5.5 billion,” writes Service. “As unregulated fishing collapses tuna stocks elsewhere and global demand for tuna grows, the value of the fish here continues to climb. One Pacific bluefin recently sold in Japan for $1.76 million, and over the past four years, the cost of tuna licenses in this region shot from $400 per day to $6,000.”

According to data released in January, blue fin will soon be effectively extinct in the North Pacific. “Everyone will tell you,” Service writes, quoting Palau President Thomas Remengesau Jr., “that at the rate we’re going, there won’t be any big eye tuna or bluefin in the near future.”

The report details the various ways these nations are managing their fisheries — from limiting the number of boats and the length of time they are allowed to fish, to making rules about how fishing is conducted and protecting fish on their migration path in open waters. These rules have been both radical and effective, and yet they might not go far enough to protect the tuna.

“Palau and her neighbors have a strong set of rules, but that’s only half the battle,” reports Service. “There is still the issue of illegal and unregulated boats simply stealing fish; there is still the issue of who controls the high seas. The PNA has closed off nearby international waters to its licensees, but that doesn’t stop others from illegally fishing there, and the PNA has no authority to stop them. Worse, even if the PNA had the authority, they don’t have the resources. Palau, for example, polices a quarter million square miles of its own territorial waters as well as the high seas pockets they helped create. All with a patrol ‘fleet’ of one.”

Service details how pirates are able to subvert these kinds of rules in unprotected areas of the high seas, which she experiences first hand as a passenger on a Greenpeace boat currently assisting Palau in its efforts. Service also details that INTERPOL announced recently that it plans to tackle fish “laundering,” the practice of illegally moving caught tuna between boats to disguise its origins. This effort would mean that a fleet with actual authority to enforce high seas law would, for the first time, patrol international waters.

Check out the infographic and read the full report here at Slate.