The Latest McFib: “Our Food Is Healthy” | Civil Eats

The Latest McFib: “Our Food Is Healthy” 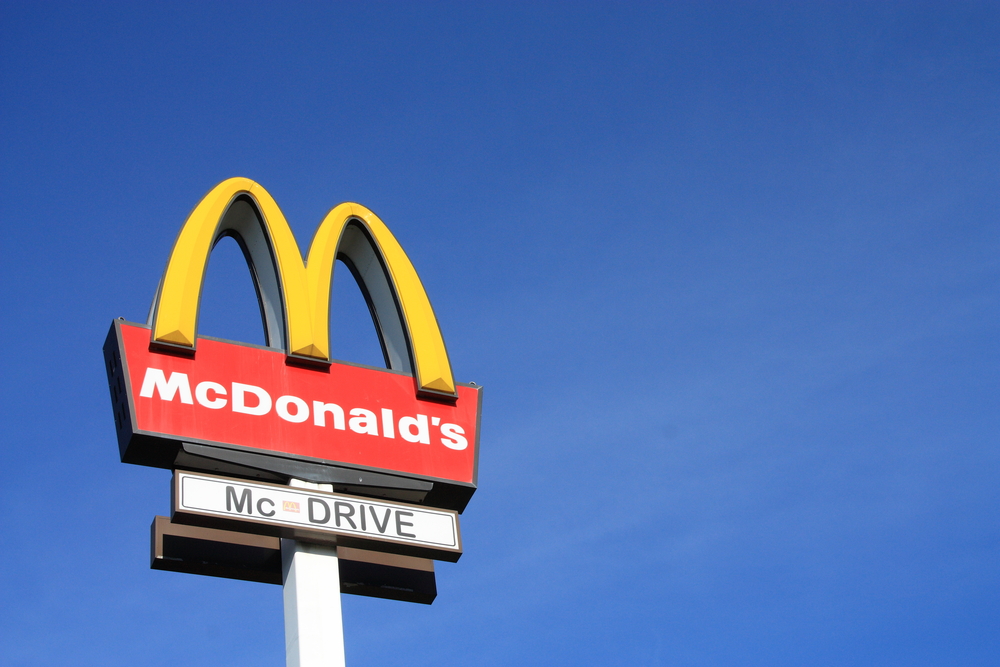 Last week, in what is yet another example of Big Food’s symbiotic relationship with the Academy of Nutrition and Dietetics (AND), McDonald’s Director of Nutrition, Registered Dietitian Cindy Goody, spoke to her fellow colleagues at the Utah Dietetic Association meeting about the chain’s new “healthy initiatives.” McDonald’s is such a good friend of AND that it is also a “gold sponsor” at next month’s California Dietetic Association meeting.Speaking engagements like these are nothing more than free publicity for the fast food giant, cloaked under the guise of science and nutrition. The food industry is especially adept at co-opting health professionals to help provide a public perception of caring about health. Remember that at one point Dr. Dean Ornish joined forces with the Golden Arches.

A recent interview Goody did with the Salt Lake Tribune about McDonald’s new “healthy” options is chock-full of flagrant instances of deception, healthwashing, myopic nutritionism, and the usual Big Food talking points.

Goody starts by claiming that McDonald’s is “making nutrition more mainstream” with the likes of fruit and maple oatmeal and premium chicken sandwich buns that offer eight grams of whole grains.

The chain’s fruit and maple oatmeal contains approximately 24 grams (6 teaspoons) of added sugar (though it clocks in at a total of 32 grams, some of those are from naturally-occurring sugar in milk, apples, and raisins). Order it without the brown sugar topping and you’re still starting your day with approximately four teaspoons’ worth of sugar thanks to the sweetened dried fruit.

As for those premium chicken sandwiches that offer a dusting of whole grains (eight grams of whole grain is roughly what you would get in one-sixth of a cup of cooked oats), the ingredient lists tell a rather gruesome tale. This much-revered bun contains over 20 ingredients, including high fructose corn syrup, soybean oil, and azodicarbonamide, a dough conditioner banned in Australia and the European Union (the United Kingdom being the exception). “Natural flavor” is also tacked on.

I can not understand how Goody, as a nutrition professional, can claim any of the above-mentioned products are nutritious.

She also goes on to heap praise on the new “healthier” Happy Meals, which come with smaller fries and the automatic inclusion of apples as well as the option of fat-free chocolate milk. As I explained when they launched in 2011, these Happy Meals are still problematic due to inferior ingredients and high amounts of sugar.

Goody also repeats some all-too-familiar food industry talking points, such as the blatantly untrue idea that “if you eat too much of any one thing, it’s not going to be healthy.” While eating too much–and sometimes not even that much–of certain foods is certainly problematic (think French fries, Big Macs, and McFlurrys), the same can not be said of all foods. Can Goody point to how eating “too many” peppers, blueberries, or sweet potatoes is not healthy?

That statement is immediately followed by the classic food industry move: “blame the public.” Goody states that while other countries have transitioned to a whole grain Big Mac bun (I assume she refers to the eight-grams-of-whole-grains version), “U.S. customers are not asking for their Big Mac to be on a whole grain bun.”

If food offerings are determined by public demand, can McDonald’s point to anyone requesting a breakfast item with over 25 ingredients, including trans fats, sodium benzoate, and polysorbate 60 (that would be the cinnamon melts, packed with as much sugar as 10 Oreo cookies)?

When specifically asked about obesity, Goody mentions decreasing calories, saturated fat, and added sugars across the national menu (she also oddly mentions sodium, which is completely unrelated to obesity). She then states that “there are a lot of factors that affect obesity. It’s not where you eat, but what and how much you eat.”

Ah, but what other pressing factors, like the food environment? Or marketing to children (McDonald’s spent $115 million in 2010 just to advertise Happy Meals)? No mention of that, but a plug for the company’s “commitment” to featuring a “nutrition or balanced-active lifestyle message” in all advertising to children.

In what is the most offensive and socially irresponsible part of the interview, Goody says that after gaining 30 pounds during a pregnancy two years ago, she lost it all–despite a slow metabolism–by eating McDonald’s “once or twice a day.” Whatever happened to the “balance” Ms. Goody championed earlier?

Goody wraps up the interview with the slogan both the food industry and the Academy of Nutrition and Dietetics (which partners with and receives funding from Big Food giants) love–“all foods fit.” This attempt to equalize Big Macs, almonds, spinach, and Cheetos does the public no favors, and only allows the food industry to market highly processed and minimally nutritious fare to a population plagued with a toxic food environment that does little to facilitate healthful choices.

The real shame here is that Registered Dietitians had to endure an advertisement for McDonald’s at a professional meeting. If only the Academy of Nutrition and Dietetics would wake up from its Big Food-sponsored slumber and take a leadership role in rightfully calling out how the answer to solving this country’s ailing health lies not in healthwashed fast food but in not allowing the likes of McDonald’s to champion itself as part of the solution.