Stopping a CAFO: The Biggest Victory You Never Heard About | Civil Eats

Stopping a CAFO: The Biggest Victory You Never Heard About 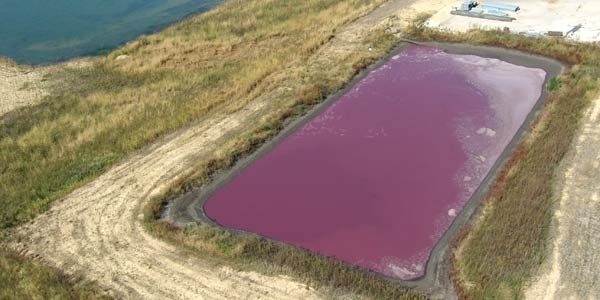 Anyone who has struggled to protect a community from the damage caused by an industrial livestock operation can attest that the task is exceptionally difficult, requiring courage, fortitude, and substantial investment of time, money, energy and effort. It’s an uphill battle, a lopsided fight in which all odds are stacked in favor of industrial livestock proponents who enjoy the tremendous financial backing of agribusiness, political support from legislators bought by industry campaign contributions, lax oversight from industry-friendly regulatory agencies and in some cases, public support from individuals swayed by false promises of economic development.

As a result, the sad but unsurprising reality is that those who fight to protect their families and communities from the devastating public health, environmental and socioeconomic impacts of industrial livestock operations often lose. But sometimes they win. And every so often, they win a great, monumental victory, proving that despite the wealth and power of its proponents, the industrial food system is not above the law–and not beyond reform.

Just before Thanksgiving, a victory of this magnitude occurred in Jo Daviess County, Illinois. It happened quietly, receiving little national coverage by the mainstream news media, and largely overlooked by good food advocates distracted by the holiday shuffle. But we all should’ve been singing about this from the rooftops – and though it’s no longer breaking news, I’d be remiss if I didn’t climb up onto the virtual shingles of the internet to spread the word. The unprecedented win: a small group of concerned citizens called Helping Others Maintain Environmental Standards (HOMES) successfully prevented industrial dairy magnate A. J. Bos from building what would have been the state’s largest dairy – despite the fact that construction of the facility had already been more than halfway completed.

The significance of this event was perhaps best articulated by Danielle Diamond, attorney for the Illinois Citizens for Clean Air & Water (ICCAW) and executive director of the Socially Responsible Agricultural Project (SRAProject), who said of the victory:

This is a true David and Goliath story. Never before in my work with communities trying to protect themselves from the devastating impacts of industrial animal factories have I seen a group of people successfully stop construction after groundbreaking. HOMES’ commitment to stand up for their rights against all odds and against one of the most powerful corporate agribusiness industries in the country will inspire others standing in their shoes.

Why this matters: An overview of industrial livestock operations and why they make terrible neighbors

We’ve written extensively about industrial livestock production on Ecocentric, and you can find more details about the issue on Sustainable Table, but here’s a quick summary:

Industrial livestock operations, also known as concentrated animal feeding operations (CAFOs) or factory farms, are large-scale livestock facilities that confine hundreds (and in some cases, hundreds of thousands) of animals in cramped conditions without access to pasture. Despite the fact that these operations are known to damage the environment, threaten human health, degrade surrounding communities and compromise animal welfare, the US continues to rely on them to produce the vast majority of its meat, dairy and eggs.

This situation persists because subsidies, negative externalities and a variety of additional economic market failures enable industrial livestock operations to generate large profits for a handful of powerful agribusiness corporations controlled by individuals who don’t have to live next door.

People who do have to live next door suffer the harmful health effects of exposure to pollutants such as hydrogen sulfide, ammonia, VOCs, particulate matter and a host of pathogens. They witness the contamination of groundwater and surface waters and the degradation of the surrounding environment. They experience plummeting property values, declining local economies and the disintegration of community ties.

In fact, living near an industrial livestock operation is exactly the same as living near an enormous cesspool (because, you might be horrified to note, these facilities often store animal waste in uncovered, multi-acre pits called manure lagoons). And nobody wants to live near a place like that. This is why rural communities have fought (and continue to fight) so hard to prevent industrial livestock operations from being constructed nearby.

The challenge facing these communities is particularly urgent because CAFOs are a bit like cockroaches or bedbugs: they tend to multiply quickly, and once they set up shop, it’s really tough to get rid of them. In fact, given the current pro-industry regulatory climate, even if a CAFO spills millions of gallons of waste or causes an outbreak of foodborne illness that sickens hundreds and prompts the recall of half a billion eggs due to egregious violations of basic sanitary standards, the facility won’t actually be shut down; in most cases, regulatory violations result in little more than a slap-on-the-wrist fine and a stern admonishment to do better next time.

Though the Illinois livestock sector has long been dominated by hog production, in 2007, California dairyman A. J. Bos switched up the species, filing a Notice of Intent to Construct Traditions Dairy, which was to consist of two 5,500-cow CAFOs located less than a mile from Nora, Illinois. Industrial livestock operations are never a good idea, but the Traditions plan was particularly ill-advised and irresponsible due to the karst bedrock underlying the site.

The high porosity of the karst would dramatically increase the likelihood that waste from the dairy would contaminate surface and groundwater (including drinking water resources). This risk was further increased by the fact that the CAFOs would collectively generate more than 200 million gallons of waste annually, which would be stored in several 14-acre manure lagoons, one of which was to be sited directly on top of a spring-fed creek leading into the Apple River.

Given the threat of groundwater contamination (the legitimacy of which was confirmed by expert testimony from the Illinois State Geological Survey), along with concerns about the facility’s potential adverse impacts on air quality, public health, tourism and the overall quality of life enjoyed by community members, the Jo Daviess County Board voted to reject Bos’ CAFO application in February 2008.

But that’s not what happened. Instead, Jo Daviess residents were forced to spend the next five years struggling to protect their community from a nightmare industrial dairy backed by serious money and supported by the state’s pro-CAFO regulatory agencies. You can read the full story on the HOMES website, but here are the highlights:

In May 2008, the Illinois Department of Agriculture (IDOA) disregarded the county board’s decision, ignored the threat of groundwater contamination and exerted its authority to grant the CAFO construction permit. Four days later, HOMES filed a lawsuit against Bos and the IDOA to stop construction. But so confident was A. J. Bos in his ability to steamroll the CAFO through any legal or regulatory hurdles that he began construction despite the pending lawsuit and the fact that he’d yet to secure all permits necessary to complete the project. Then Bos spent an estimated $1.2 million purchasing 26,000 tons of corn silage (used as feed for dairy cows), which he piled up on a concrete slab at the construction site.

Long, convoluted, infuriating story short, a judge issued a temporary injunction in October 2008, forcing Bos to halt construction. But the temporary injunction didn’t hold the project off for long; in 2009, the trial court entered an order in favor of A.J. Bos denying HOMES’ request for a permanent injunction.

In the meantime, the uncovered silage began to ferment, creating an acidic leachate that seeped from the CAFO site, polluting nearby surface waters and likely groundwater. HOMES and other activists diligently monitored these illegal discharges and documented major water pollution events, the most notable of which caused a tributary to the Apple River to turn purple (seriously; see photos from HOMES).

Meanwhile, in response to a Clean Water Act Section 308 complaint made by HOMES and ICCAW, the US EPA demanded waste management information for the operation and mandated that Bos conduct a geophysical dye-tracing study to determine whether the facility’s waste storage system would cause contamination of the aquifer. Bos ignored this request, ultimately prompting the US Department of Justice to threaten federal enforcement for noncompliance with the US EPA investigation. But it wasn’t until the purple river incident that the Illinois Attorney General filed charges against the dairy, which, two years later, resulted in the settlement in which Bos finally agreed to abandon the CAFO plan and sell the land.

It’s reprehensible that A. J. Bos would propose construction of 68 acres of manure storage – including four 14-acre open cesspools – within a community, and even more outrageous that he would choose to build the facility on fractured bedrock that all but guaranteed rapid contamination of the underlying aquifer. It’s preposterous that a regulatory agency would disregard this risk, dismiss a local government’s rejection of the proposal and issue a permit for construction of an industrial facility that posed a clear threat to public health and the environment.

It’s mind-boggling that Bos could disregard a US EPA mandate, and illegally discharge pollutants for years before he was forced to abandon the CAFO plan and clean up his mess. And it’s heartbreaking to know that the Traditions Dairy closure is so unusual; in most cases, when someone decides to construct an industrial livestock operation, it ends up being built despite community opposition and, in some instances, despite the facility’s incompliance with existing regulations.

Indeed, the fact that A. J. Bos felt confident enough to spend millions of dollars on the initial construction phases of his CAFO before resolving a legitimate legal challenge or securing all required permits demonstrates both the profound entrenchment of the industrial livestock system and the power of its proponents and allies. But what’s remarkable about the Traditions Dairy case is that despite the long odds, an extremely dedicated, well-organized group of community members was able to successfully defend the public interest.

Ultimately, the tireless efforts of HOMES and its supporters revealed that industrial livestock operations are not inevitable, and that the owners of these facilities are not above the law. So from here on the virtual rooftop, I shout my congratulations to HOMES for this monumental victory, and my gratitude to its members for providing inspiration to all those who will struggle to protect themselves against industrial livestock operations in the future.